Excellent reflection below by the director of Puente Arizona on the immigrant rights movement this eve of the decision about SB 1070 from the US Supreme Court.

Signs of resistance by Peggy Plews.

Please come out to this weekend's:

Rally and Vigil to Shut Down Tent City 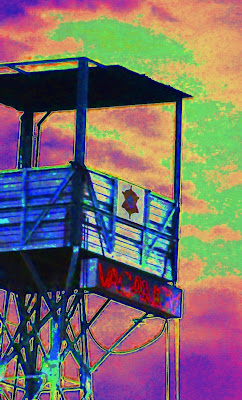 The migrant rights movement in this country is about to enter a new phase and every person, no matter their position, will have to decide how they will relate to it.

While many are waiting to see the decision of the Supreme Court related to the Department of Justice’s SB1070 case, a human rights crisis of epic proportions is already roiling in Arizona.

The status quo we face now and the results of even the best possible decision from the Supreme Court still represent a steady march toward anti-immigrant attrition that the state has constructed over years. First we faced efforts to restrict our ability to function in society: drivers’ license bans, denial of social services, and English only rules. Then they built ways to humiliate and dehumanize us through Sheriff Arpaio’s outdoor jails and Florence’s expanding penal colonies.

From 2007 to 2010, even before SB1070 was introduced, our community faced checkpoints, bore witness to women forced to give birth in shackles, and traveled to work and school on a daily basis already wondering if we would reunite with our families and loved ones at the end of each day. In 2010, Arizona sought to erase us from history with a ban on ethnic studies and remove us altogether through SB1070.

In what amounts to a state of war by attrition on our community, it could get worse this summer as we expect that the injunction will be lifted on some of the remaining portions of SB1070. Further criminalization and tools demanding all law enforcement to investigate and deport in massive numbers is set to become law.

But that will not be our future. We are on the move, and we’re not going anywhere. We’re not running away as the authors of SB1070 had hoped, we’re moving our communities forward, and we will not let the last violent gasps of a dying generation’s prejudice stop us.

This struggle has both destroyed parts of our community and made us stronger. In the past years, we have learned important lessons and developed new ways to fight. The name ‘Arizona’ currently is a mark of embarrassment that makes people think of bigotry. But in the not too distant future, people will think of the birthplace of a new human rights movement when they hear talk about the state.

For more than a decade, we petitioned Congress for immigration reform only to be kicked around as a political football by both parties. We hoped things would change with President Obama but instead of feeling our pain, he caused more of it. Instead of executive action to grant us relief, he gave us record deportations and unprecedented quotas. When all else failed, we looked at the courts but even they seem ready to deny us our humanity.

Since Governor Brewer signed the bill meant to send us running, migrant communities have responded by losing our fear and peacefully defending ourselves. By learning our rights and more importantly, how to defend them when law enforcement tries to ignore them, we have created networks of protection that are prepared for the raids and the wrongful arrests. We have deepened our culture and celebrated our vision for a world without hate. People who before hid in our homes for fear of being picked up by police now are leading marches and supporting neighbors in efforts to keep our families together.

If Arpaio wants to find us, we will instead find him because we have learned that we are safer coming out of the shadows than living in them. When undocumented people confront the system, it crumbles and it becomes clear that they are more afraid of us than we are of them.

If undocumented people are willing to risk everything by confronting Sheriff Joe Arpaio, what are other supporters, allies, and family members willing to do?

As more of SB1070 is poised to go into effect and federal policies spread the same nation-wide, what will you do as we learn to defend our neighborhoods?

We have declared that we will not comply with hate. Every single person and institution must make the same evaluation. Will the federal government willingly deport Sheriff Arpaio’s victims when he hands over those caught in his raids? Will school districts agree to ask kindergarteners for the documents? Will neighbors draw the shades when checkpoints go up on their block?

Or will we refuse to comply and as a result prevent SB1070’s strategy from working? 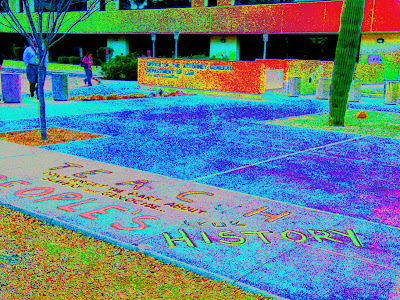 If they are coming for us now, they will be coming for you next. Immigrants are today’s scapegoats but there will be someone next to blame and fill the private prisons.

As undocumented people fill the vacuum of leadership on these issues and demonstrate real courage, all of us are called to follow their example.

The truth is that the suffering in Arizona isn’t caused by the cold hearts and bigoted minds of our adversaries. It is the apathetic souls of those who look upon Arizona and stand idly by. Perhaps people hear ‘immigrant’ and believe it does not apply to them or that we somehow deserve the treatment we receive.

White fear of the re-browning of this continent and general worry over unemployment and economic security has turned many against migrants as an easy scapegoat. But if we look deeply enough, we see that we hold in common both the cause of our troubles and the solution to our suffering. Around the world, people are toppling those who have ruled by broken promises and brutal policies. Arizona and the US will be no exception.

Change has always come when people challenged and broke unjust laws. Nonviolent civil disobedience has been used to historically to challenge racism and inequality from factory floors to lunch counters and buses.

And so, this is a call to action whether you are a community member directly affected, consider yourself an ally, or someone who up until now has been a bystander in the immigration battles. The undocumented youth movement has set an example of what it is to be unafraid, and the bravery they display far outweighs the courage elected officials lack. They have proven that the safest place for anyone targeted by these laws is out, proud, and part of an organized community.

As the migrant rights movement steps into this new phase, we do not do it alone. Allies can harbor anyone targeted, hire anyone fired, and refuse to allow Arizona or Arpaio to become the new normal. At the end of June, we will rally together in Phoenix at Sheriff Arpaio’s self-described ‘concentration camp,’ tent city and begin a summer of resistance in the state and across the country where these laws and their champions are calling for a challenge.

The present may feel heavy but the future is bright. Because love always overcomes hate. Our numbers are on our side. The truth is on our side. With or without those in power, history is on our side. We just have to put our shoulders to the gears of history and push. 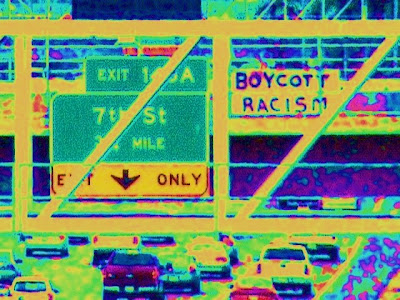