Ortega: AZ prisons deadlier than most... 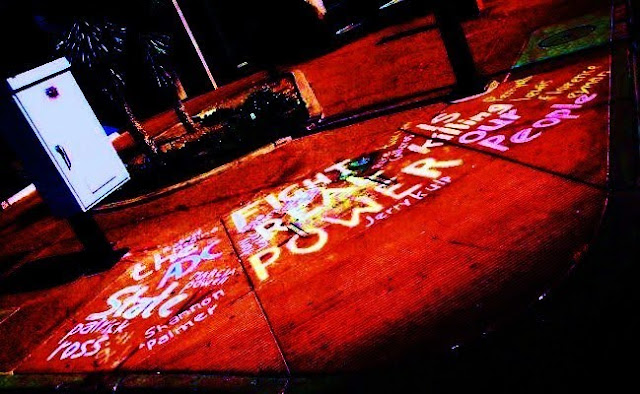 Arizona's prisons deadlier than most

At least seven Arizona inmates have been murdered over the past two years, a prison-homicide rate more than double the national average, an Arizona Republic investigation shows.

The killings have occurred amid rising violence behind bars. Between fiscal 2009 and 2011, as the state's prison population rose by less than 6 percent, inmate-on-inmate assaults jumped 90 percent, to 1,478, and assaults on corrections staff rose 18 percent, to 362.

The Republic investigation found two common threads in a majority of the killings: inmates housed with violent cell mates and inmates targeted by groups or gangs.

Among the victims was Eduardo Martinez, 51, who was beaten to death in the Yuma state prison in December, reportedly by the same men who six months earlier had assaulted him at the Florence state prison.

Martinez was serving time for writing bad checks, the result of his addiction to the painkiller Oxycontin, according to his mother, Helen Martinez. She says that her son had told her during his time at the Florence prison that he was being pressured to sell drugs for other inmates and that when he refused, the inmates had assaulted him, breaking his jaw. He thought he would be safe after he was moved to Yuma, but shortly before he was killed, he told Helen that the same men who assaulted him in Florence had been transferred to Yuma, she says.

Echoing the families of several prison-murder victims, Helen Martinez says she has been told little about the murder. "They haven't told me anything. I've asked and asked, and I get no response."

Corrections officials declined to comment on Martinez's death, saying only that they have referred the case to Yuma County for prosecution.

Department of Corrections Director Charles Ryan denies the rising murder and assault rates indicate there's a problem with violence in the prison system.

He attributes the increase in assaults, in part, to staffing cuts before he became director in 2009 and to a change in how the department defines them. Ryan says his predecessor recorded assaults only that resulted in injury. The department now records a range of incidents as assaults, from inmates flinging urine or feces at officers through their cell's food slots, to attacks with crude weapons in which inmates or officers are badly injured.

Ryan predicted assault rates will remain the same or decline slightly for the current fiscal year, which ends June 30. Having more corrections officers will improve safety for inmates and officers, he said.

Arizona's prison-murder rate equates to 8.75 murders per 100,000 inmates, while the national rate is four. (There are about 40,000 inmates in Arizona prisons.)

In at least three inmate murders over the past two years, the victims were killed by their cell mates, according to the department.

Two murders took place in two-man maximum-security cells at Eyman state prison: Jeremy Pompeneo, 25, serving a life term for murder, was killed on May 31, 2011. Nolan Pierce, 23, serving 25.5 years for burglary and armed robbery, was strangled on March 16, according to the Corrections Department.

"I talked to him four days before, and he sounded like everything was fine," said Mackenzie Smith, Pierce's girlfriend. She said the warden at Eyman told her several weeks after Pierce's murder that they had a confession. But neither she nor Pierce's mother has heard anything more, she said. "If the cell mate admitted to murdering him, why is it taking so long for the investigation?" she asked.

Prison officials said they have referred Pierce's and Pompeneo's cases to prosecutors.

The third cell-mate victim was Shannon Palmer, 40, a mentally ill man sentenced to three years in prison for climbing a utility tower during a thunderstorm. He was placed in an isolation cell at the Lewis state prison with a murderer, Jasper Rushing, who later told a PhoenixNew Times reporter that he slit Palmer's throat and castrated him on Sept. 10, 2010, because Palmer wouldn't stop talking.

Ron Ozer, an attorney representing Palmer's family in a wrongful-death suit against the state, said corrections officers should never have put Palmer in a cell with Rushing, nor should they have given Rushing access to the razor blade he used to kill Palmer. "If the Department of Corrections had followed its own policies, this murder would never have taken place," Ozer said.

Margaret Plews, who runs the Arizona Prison Watch website and monitors prison deaths, agreed that corrections officials should not have housed a mentally ill inmate with a murderer.

A corrections spokesman declined to comment on Palmer's death, citing the family's lawsuit against the state. The department has disciplined three officers involved in placing Palmer with Rushing.

Little is known of the circumstances surrounding two prison murders.
Shon Wilder, 33, who was serving nearly 20 years for car theft and extortion, was murdered at Winslow state prison on April 20, according to officials.
James Jennings, 59, who was serving three years for assault, was originally listed as dying of "natural causes" at Eyman in September 2010. Corrections officials now say that Jennings died of "blunt-force trauma" and that the case was "referred to the County Attorney's Office. However, they declined prosecution."

County medical examiners refused to release the autopsy reports in these cases, citing homicide investigations. Family members of the victims couldn't be reached.

The seventh murder acknowledged by the department is that of Dana Seawright, who was found stabbed in his cell at the Lewis state prison on July 8, 2010. While the Corrections Department has not released other details, the inmate's mother, Kini Seawright, says her son, who was Black, was murdered by a Black prison gang because he failed to carry out their order to attack a Mexican inmate.

More murders may have occurred during the two years examined by The Republic, including one described by the Maricopa County Medical Examiner's Office as "extremely suspicious for foul play."

The death of David Moreno, 40, who was serving a life term for murder when he died in his two-man cell at the Lewis state prison on Jan. 12, 2011, is listed as "under investigation." The autopsy report by the medical examiner notes that although Moreno was found hanging in his cell, and his cell mate claimed to be away using the phone at the time, "the cell mate's story was not consistent with the scene findings, and the cell mate had rope-type abrasions over his hands."
The report also noted contusions on Moreno's mouth and arms, suggesting he had been hit, a mop and bucket with red fluid found in the unit, and other details that couldn't be explained by a supposed suicide.

Corrections officials declined to comment on the Moreno case.

Fights and assaults on inmates range widely. Daily incident reports obtained by The Republic for May listed, among many other incidents, a fight on May 18 at the Yuma state prison's Dakota unit, involving 75 prisoners. Order was restored in less than 10 minutes, and only one inmate was transported for medical treatment as a result of the incident, according to officials.