Ortega: The prisons, their drugs, and our dead. 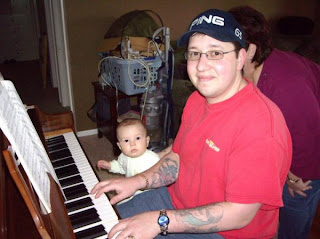 Orion Wilkins was a drug addict, hooked on painkillers he'd begun taking to fight the pain of an old high-school football injury.

In 2008, he used a wrapped block of Velveeta cheese, claiming it was a bomb, to rob several Valley pharmacies of pain pills to feed his addiction. He was convicted of armed robbery and sentenced to 101/2 years in prison.

Three years later, on Dec. 7, 2011, Wilkins, 35, died of a drug overdose inside the Arizona state prison in Florence.

The presence of illegal drugs inside what are supposed to be the most secure buildings in the state has led to the deaths of at least seven inmates from overdoses, all involving heroin, over the past two years. The state Department of Corrections classified the deaths as accidental.

The Arizona Republic investigated these deaths as part of a broader look at the high rates of suicide, homicide and accidental deaths in Arizona's state prisons. The ability of inmates to get drugs and hypodermic needles while behind bars suggests that the Department of Corrections has its own drug problem: a porous security system that allows a steady flow of drugs to be smuggled into the state prison system by inmates, visitors and prison staff.

Department inspections in the year after three inmates escaped from the Arizona State Prison-Kingman in 2010 repeatedly revealed that officers at most prisons failed to properly search and screen staff and visitors. The department says it has improved security procedures.

Late last month, a multi-agency investigation, including Corrections, initiated by the Chandler Police Department, made 44 arrests and seized 32 pounds of heroin and 5 pounds of cocaine and uncovered a drug ring connected to a state prison.

A spokesman for the Arizona attorney general said one woman arrested had planned to take 10 ounces of heroin to the state prison's Lewis Complex in Buckeye. A family with three brothers inside state prisons operated the ring and had smuggled heroin in several times before, she said.

The Attorney General's Office did not release details of how the drugs were smuggled in.

Corrections officials say that drugs, cellphones and other contraband can enter prisons via visitors, incoming mail, off-site inmate work crews and staff. Corrections director Charles Ryan noted an incident two years ago at the Lewis unit in which a corrections officer was caught bringing in burritos stuffed with two cellphones and a package of marijuana. But he says that inmate visitors are the biggest source of drugs.

"We have visitors who may secrete contraband in a body cavity, and then pass it to an inmate who will secrete it in his body cavity," Ryan said. To combat that, he says, the department uses drug-detection and cellphone-detection dogs. "We also search visitors through a screening device where a fan blows across the visitor, the dog sits on other side of a wire-mesh fence, and the dog will alert if there is contraband," Ryan said.

Whether smuggled in by visitors, as Ryan says, or staff, as inmates and some corrections officers allege, drugs continue to get through. Internal incident reports for 28 days in May obtained by The Republic show that every day, correctional officers find heroin, methamphetamine, marijuana and spice, along with syringes and contraband cellphones that inmates can use to communicate with drug suppliers on the outside. During cell searches, officers frequently catch inmates hurriedly flushing objects down their toilets.

Examples from the incident reports:

On May 6, an officer at the state prison's Manzanita Unit in Tucson spotted a balloon, apparently filled with drugs, that fell out of the pants of an inmate who was being visited by his brother and sister. On the same day an inmate in solitary at the Eyman Complex in Florence was taken to Anthem Hospital with an apparent drug overdose.

On May 9, an assistant deputy warden at the state prison's Cheyenne Unit in Yuma was caught bringing a cellphone into the prison in her lunch bag. Corrections officials have not responded to queries about this incident, which was not publicly disclosed.

On May 23, a Tucson city employee spotted someone tossing a package over a fence to an inmate work crew. Inside the package were four bubble-wrapped cellphones.

On May 26, in separate incidents at four prisons, corrections officers found two packets of drugs, two syringes, a cellphone and, at the Florence prison's central unit, four gallons of alcohol in an inmate's cell.
Three-quarters of arriving inmates have significant substance-abuse histories, according to Corrections records, yet only one in 13 received substance-abuse treatment last fiscal year. A spokesman for the department said inmates usually don't receive treatment until they approach the end of their sentence.

The heroin-overdose death of Anthony Braun at the Lewis Complex on Nov. 14 has raised other questions about the problems of drugs in state prisons. 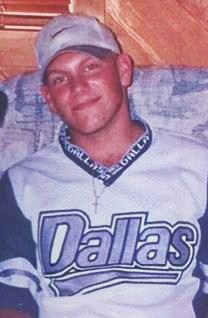 
An anonymous May 1 e-mail to prisoner advocate Peg Plews alleged that two correctional officers assigned to Braun's housing unit failed to do their security checks for at least four hours before inmates notified them Braun was having problems. The e-mail alleged one officer was asleep in the control room, and questioned whether Braun might have been saved if officers had done their jobs properly.

Corrections spokesman Bill Lamoreaux confirmed that one officer was dismissed, another resigned and a sergeant was demoted as a result of the incident, though he could not confirm whether it was for failing to conduct security checks. He said the case was referred to the Maricopa County attorney for possible charges against other inmates.

The mothers of two dead inmates blame the availability of drugs behind bars for the deaths of their sons.

Roberta Wilkins, the mother of Orion Wilkins, said her son became addicted to pain pills he started taking for back injuries from playing football. In an interview, she wept over his death but didn't excuse his crime. "It doesn't matter; he threatened and terrified people. We discussed his crimes and how stupid and idiotic they were."

But she said he had seemed to be drug free and was gaining weight for several months before his death.

Cynthia Krakoff's son, Carlo Krakoff, died of a heroin overdose in prison in Tucson on July 31, 2011. A former child actor who played the young Spock in "Star Trek III: The Search for Spock," he became addicted to the pain medication Oxycontin after his jaw was damaged in a tonsillectomy, says his mother. As the addiction progressed, it changed him, she said.

"He was always so levelheaded and loving," Cynthia said, especially toward his son, now four. "Then at a detox facility in Phoenix, they treated him with Methadone. He met some low-life people there, and all of sudden he was stoned all the time."

Cynthia said she was shocked when Carlo was arrested in 2009 on suspicion of robbing several Phoenix-area pharmacies with a gun. But she was more shocked when he died 15 months into his 13-year sentence.

"Nobody ever told me he could die in prison of illegal drugs," she said. "If they can't clean up the prisons, they need to find a different way to treat the drug addicts."
Posted by Margaret Jean Plews at 12:10 AM