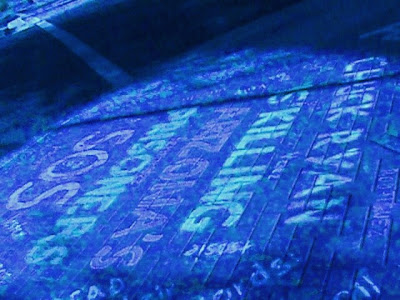 The ACLU National Prison Project and the Prison Law Office (which took California DOC to the Supreme Court over medical care for prisoners) are investigating the abuse and neglect of prisoners at the Arizona Department of Corrections and may sue Arizona for injunctive relief over the poor medical and psychiatric treatment. ADC employees, ex-prisoners, family members and others with first-hand knowledge or eyewitness testimony that can be offered to help protect prisoners and staff from the deteriorating conditions inside our state prisons should contact me (prisonabolitionist@gmail.com / 480-580-6807) or the ACLU of Arizona for more information. The ACLU-AZ is at:

Please see my post from yesterday about the escalating violence in the state prisons, also.


Thanks to both Paul Rubin and Chuck Bauer for the following...

Chuck Bauer loved his job as a lieutenant at the Lewis Prison Complex in Buckeye. He gradually had risen in rank over eight years (in two stints) with the Arizona Department of Corrections, winning Supervisor of the Year at Lewis twice.

But the 56-year-old Peoria resident says he became increasingly discouraged by what he saw on the job — cutbacks in personnel and resulting safety issues for "his people" (corrections officers) and for inmates.

On September 10, 2010, Bauer heard over his walkie-talkie about an inmate who was badly hurt inside Cell A-26 in Building A of the Buckley Unit, a so-called "protective segregation" area.

The incident led Bauer, within days, to quit his job and try to move on with his life — something, he says, that has been difficult.

"I am a loyal guy, and it still makes me sick to think that I abandoned my people," he tells New Times. "I just had to do it. I know from up close that bad things happen in prisons, but what happened to inmate [Shannon] Palmer that day just didn't have to happen.

"For one thing, we were short-staffed to the max, as we have been for a long time now, and couldn't keep an eye on those inmates like we're supposed to — simple matter of numbers. It was like a nightmare, and it could have happened to one of my officers just as well as to that poor guy."

Bauer contacted New Times after reading our recent "Hell Hole" cover story (September 1) about the horrific murder of Shannon Palmer, 40, a seriously mentally ill Mesa man who had but a few months left to serve on a three-year criminal-damage rap. Palmer was attacked with a razor-blade shank by Jasper Rushing, who had been his cellmate (in a cell designed for one person) for about three weeks.

Rushing was a decade into a 28-year sentence for first-degree murder when he took his weapon to Palmer's throat and then to his penis (which he cut off) after knocking him out with a makeshift club (a small sheet wrapped tightly around hardcover books).

Bauer says he immediately rushed to the wing, where he saw Palmer lying inside the cell, mutilated, bleeding profusely, and all but dead. Jasper Rushing still was in the area, handcuffed and, Bauer recalls, "as calm as a man can be."

Bauer decided to perform CPR on the unconscious Palmer himself, with the assistance of his colleague Captain Ron Lawrence.

"It was so bad that I didn't want the staffers to have to deal with it," Bauer says, without a hint of braggadocio. "There was blood everywhere, like out of a horror movie, and I knew he wasn't going to make it. But we had to try our best, and we did. I didn't even notice [Palmer's penis] on the floor until later."

Afterward, Bauer dictated his report on his role in the tragedy, changed his bloodied shirt, and tried to go about his duties. But he says he couldn't shake the feeling that Shannon Palmer's homicide, while obviously extreme, was symptomatic of issues increasingly plaguing the corrections department.

"I knew that quitting a job I have loved during this economy was pretty drastic, and people I talked to about it thought I was nuts," he says.

"But there's a time in a person's life when you have to do what makes sense to you, and I just couldn't stand by any longer and just wait for something to happen to one of my [corrections officer] guys or gals. I just didn't want to be the one that would have to make that call to an officer's wife or husband about an injury, or worse."

Bauer pulls out a piece of paper on which he has scribbled some talking points:

• The lights were off in the Palmer/Rushing cell for weeks, which was dangerous for all concerned, including the corrections officers: "We couldn't get the maintenance people to fix the lighting and lots of other things at that time. I know that sounds hard to believe, but it's true. Being in the dark is gonna drive anyone nuts."

• The corrections officer who made the ill-fated decision to assign Palmer and Rushing to the same cell in August 2010 "was completely overworked — too much on her plate — doing seven or eight different jobs, which meant she was doing none of them too good."

• Many seriously mentally ill inmates are in harm's way because of their inability to anticipate a potentially violent situation, and because Arizona's corrections department is doing a poor job of isolating that population: "There's no place to put the mentally ill, outside of prison, so we end up trying to look after them, trying to make sure they get the right meds in them, and whatever."

• Morale among state corrections officers is poor, in part, because of mandated furloughs, at the same time that Arizona's prison population continues to grow: "I know [corrections department Director] Charles Ryan has no idea who I am, but he's an idiot if he doesn't know that his officers are not happy with the safety issues and the money issues involving corrections officers that are happening on his watch."

Bauer points out that even though Rushing and Palmer were in a protective-segregation unit, this meant little.

"It doesn't mean that the inmates in that unit aren't going to get hurt [or killed]," he says. "Those guys [Palmer and Rushing] were in an [isolation] cell and weren't out in the yard, and look at what happened."

Bauer says his decision to quit his $52,000-a-year job has had great repercussions on every part of his life.

"It's not as if I had this big fancy game plan to quit my job and lose my benefits and all that," he says, adding that he and his wife don't have healthcare insurance at the moment.

Bauer recently has been trying to get his new construction-cleaning business together, and he says things are looking up. Still, he often thinks back to his last day of work at Lewis at the end of September 2010.

A warden wanted to chat with him, Bauer says, but Bauer was worried that he might be persuaded to rescind his resignation.

So instead of meeting with the warden, Bauer found his way to the opposite end of the sprawling complex and stepped through the prison gates for the last time as a corrections officer.

"One of the hardest things I've ever done," he says. "Part of me wishes that I had stuck it out and part of me doesn't. I'd like to think I had the respect of my officers and of the inmates. The inmates may not have liked me much, but they knew I stuck to my word."

Bauer asks if he can add a few final thoughts:

"What happened in that cell between those guys was as bad it gets. I still have these real bad dreams about it.

"I don't know whether to blame the Arizona Legislature for wanting to lock everyone up but not wanting to pay for it, or to blame the current director [Ryan] and the direction he's been taking.

"How about if I just blame everyone?"

Posted by Margaret Jean Plews at 7:10 AM