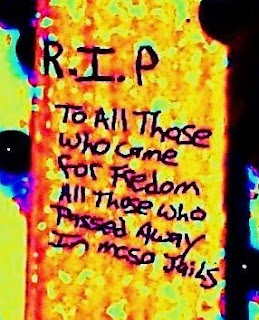 For those of you following the cases of the MCSO detention officers (Kevin Gerster and Alan Keesee) who assaulted their prisoners in the psychiatric unit of Lower Buckeye Jail, I'm writing to try to set the prosecutor's side of the story straight - or at least give you a piece of it. I guess it's more a clarification than a correction, so I didn't rewrite my earlier posts - just redirected folks here. I wrote to County Attorney Bill Montgomery last week because it appeared from court records as if the assault case against Alan Keesee had been dropped at the initiative of his office. My confusion, I guess. Montgomery got back to me pretty quickly asserting that the prosecution is moving forward nonetheless, and re-iterated the reason he didn't proceed with prosecuting either of those guys for abusing "vulnerable adults," as I'd been urging.

Frankly, I think if this had occurred in any other kind of institution treating psychiatric patients, the vulnerable adult statute would be invoked to raise the felony level and broaden the sentencing possibilities. But I honestly don't know the law well enough to ferret this all out myself, so I figured it was best to just let you hear the explanation straight from the county attorney.

My apologies for attributing anything less than professionalism to the folks working hard on these detention officer's prosecutions.

We were able to resolve the case by filing a Direct Complaint/Plea proceeding without having to go through the entire Preliminary Hearing/Trial process. So, while it looks like charges were dropped, we still proceeded with prosecution.

I can assure you that the resolution leads to the defendant no longer working in law enforcement, let alone detention.

I would also appreciate it if you would acknowledge that the goal of holding people in positions of responsibility for safely and securing handling inmates accountable when they break the law is being met. We may disagree about the best way to accomplish that but my commitment to that goal remains. Also, I previously explained to you that the basis for the crimes committed was not the mental status of the victim but the fact that he was restrained. That was the direct set of facts. If we had charged the Class 2 Felonies there is a high likelihood that we would have failed to secure convictions. It was more important to me to charge the appropriate crime so we could ensure convictions.

Thank you for your continued advocacy,