Those folks who know that I advocate for all prisoners, regardless of their convictions, occasionally ask me how I can stomach dealing with people who have perpetrated crimes against children. Apart from my belief that all prisoners should be treated according to basic standards protecting human rights, there's a body of research on wrongful convictions and sex offenses - here's a good, current study on the subject by the good people at the Urban Institute:


"This study analyzed the results of new DNA testing of old physical evidence from 634 sexual assault and homicide cases that took place in Virginia between 1973 and 1987 in the first study of the effects of DNA testing on wrongful conviction in a large and approximately random sample of serious crime convictions. The study found that in five percent of homicide and sexual assault cases DNA testing eliminated the convicted offender as the source of incriminating physical evidence. When sexual assault convictions were isolated, DNA testing eliminated between 8 and 15 percent of convicted offenders and supported exoneration. Past estimates generally put the rate of wrongful conviction at or less than three percent." 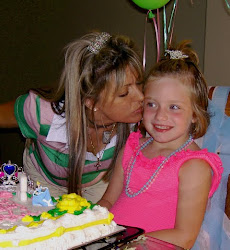 
That said, please hit this petition for the release of Courtney Bisbee. I have witnessed this woman's battle to maintain a relationship with her daughter from prison, and have no doubt that she's innocent. The petition was authored by one of her juvenile accusers, Nik Valles, now old enough to resist his mother's influences.

The Arizona Justice Project has great news to share about a win in a shaken baby case. On Monday, October 29, the Arizona Superior Court dismissed the State's case against Drayton Witt with prejudice, meaning that the State may never again bring charges against him for the death of his son, Steven. Drayton was convicted back in 2002 of second-degree murder after being accused of shaking his nearly 5 month old baby to death.

Steven Witt was born a "blue baby" with the umbilical cord wrapped tightly around his neck, had aspirated meconium (fecal matter), and was in respiratory distress. Steven suffered medical problems almost every day of his short life and was in and out of doctors' offices and hospitals. After being prescribed medicine for flu-like symptoms (Cefzil), Steven began to suffer from seizures. After the first seizure, Steven was taken to the hospital and spent 6 days in care of doctors. On June 1, 2000, less than a month after his release from that hospital stay, Steven suffered a catastrophic seizure, which led to his death.

The State charged Drayton Witt with second degree murder. The State's witnesses relied on the SBS triad—subdural hematoma, retinal hemorrhages, and cerebral edema to conclude that the baby must have been shaken by his father, the only adult with him at the time of the ultimately fatal seizure. No cuts, no bruises, no grip marks, no fractures, no dislocations, nor spinal cord injuries—but the doctors at the Phoenix Children's Hospital in 2000 insisted that the "triad" of injuries meant an SBS homicide.

The Justice Project began working on this case in 2008 under the leadership of Carrie Sperling. Eight different experts in a variety of fields reviewed the case and provided sworn testimony in support of Mr. Witt.

Dr. A. Norman Guthkelch, famed British pediatric neurosurgeon who authored the seminal paper on SBS, acknowledged that aspects of SBS are now "open to serious doubt" and that a diagnosis of SBS as cause of death in Witt's case was "inappropriate."

Dr. Patrick Barnes, chief of pediatric neurology at Stanford, believed Steven Witt did not die of SBS but rather the medical records suggest a "classic picture of venous thrombosis" with no indicators of non-accidental trauma.

Dr. Horace Gardner (an ophthalmologist), Dr. John Lloyd (a biomechanics expert), Dr. Waney Squier (pediatric neuropathologist), and Drs. Karen Griest and John Plunkett (forensic pathologists), all found no evidence of the child being shaken to death, and—like Dr. Barnes—believed the child died of natural causes. The most likely cause was venous thrombosis, a condition the doctors at Phoenix Children's Hospital never even considered in 2000.

Perhaps most notably, the medical examiner at the time of Steven's autopsy in 2000, re-examined the case and swore an affidavit stating:

Based on my review of these materials from an expansive body of post-2000 SBS literature, as well as the significant developments in the medical and scientific community's understanding of SBS and several of the conditions that mimic its symptoms, I have determined that I cannot stand by my previous conclusion and trial testimony that Steven Witt's death was a homicide. Steven had a complicated medical history, including unexplained neurological problems. He had no outward signs of abuse. If I were to testify today, I would state that I believe Steven's death was likely the result of a natural disease process, not SBS. It is my hope that the court will see fit to revisit Drayton Witt's conviction.

In April 2012, the State elected not to oppose Witt's motion to vacate his original 2002 conviction after receiving his post-conviction petition seeking relief. However, the State continued to press its case against Witt, preparing for a new trial. Eventually, faced with a motion to exclude the scientific basis for the original conviction, the State moved to dismiss the charges against Mr. Witt. The Court heard the State's motion to dismiss this morning and took the additional step of ordering the dismissal with prejudice so that Mr. Witt will never have to face these unfounded charges again. After spending 12 years in prison for a crime that never occurred, Witt and his wife Maria can now get on with their lives.

A HUGE thank you to the phenomenal (pro bono) legal team—Carrie Sperling, Randy Papetti, Christina Rubalcava, Erin Ronstadt, Adam Adinolfi, and a handful of students from ASU's Sandra Day O'Connor College of Law who spent hundreds of hours working on this case. Finally, a very special thank you to our eight experts who spent hours reviewing the evidence and writing reports, all without any monetary compensation.
Posted by Margaret Jean Plews at 4:23 PM