I spent the morning with freinds protesting outside the AZ DOC's Central Office today... 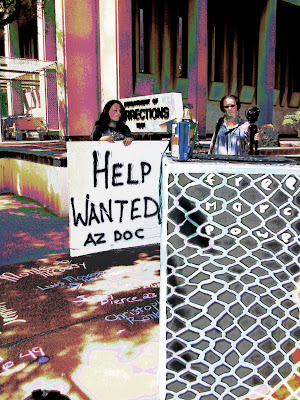 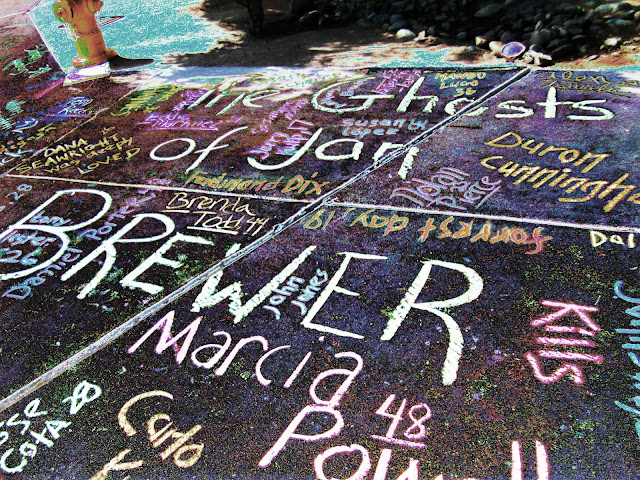 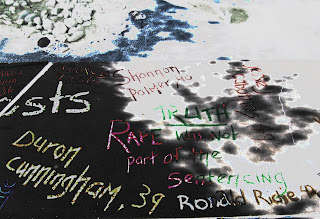 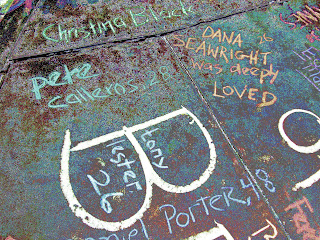 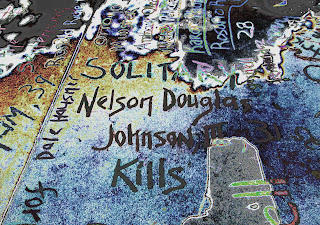 After protesting at the DOC my friends and I visited the AZ Capitol Executive Tower to drop off Marcia Powell's cage (above) for Governor Brewer, to whom it was addressed as a gift from the Survivors of Prison Violence-AZ and the Friends of Marcia Powell. I drew the names of the dead on the back of that cage, too, inside the letters that formed the five foot high message: "Dear Mr. Ryan: Please stop killing people." (Can't believe I don't have a photo, but someone else got the shot).

Security was very cooperative, but the Governor's staff seemed a little perpelexed when they came down to pick up the package from me; I did make a point of telling them it was a gift of both art and history, but they just looked stunned. They appeared to be dragging it on the elevator to head upstairs as we were leaving, though, so here's hoping she got the message and it didn't just end up going straight into the recycing bin.

If you're the loved one of an AZ state prisoner, or otherwise find yourself compelled to care about the disaster unfolding in the AZ Department of Corrections, please thank Gannett (which owns KPNX/CH 12 Phoenix and the Arizona Republic) for covering this - which has thus far been totally missed by the rest of the AZ media, sad to say (except the folks at the Tucson Weekly, today, with a follow-up story...see next post for their response).

The treatment of our prisoners - truly the most vulnerable among us - reflects so profoundly the level of our society's spirtual maturity and capacity to alleviate victimization in the first place, that I don't know how they can ignore what's going on in the prison, except that such introspection can be painful and doesn't anlways attract viewers or sponsor - especially not in Arizona, I would imagine.

That said, after watching the following clip, please send comments/appreciation to Wendy Halloran at KPNX and Mary K Reinhart at the AZ Republic at connect@ad.gannett.com, and encourage them to keep reporting on the AZ DOC.

House Minority Leader Chad Campbell, D-Phoenix, a longtime critic of the Department of Corrections and private prisons, said his call for director Charles Ryan’s resignation was prompted by the suspected homicide last month of an inmate at the Lewis state prison complex in Buckeye.

“Director Ryan has exhibited a pattern of mismanagement and a lack of leadership resulting in an unsafe corrections system in our state,” Campbell said in a statement. “Under his direction, our corrections system has wasted tax dollars, jeopardized people’s lives and damaged the state’s credibility.”

Campbell, who is considering a run for governor in 2014, said Ryan has failed to plug holes in prison security, stem criminal behavior by corrections employees, properly manage private-prison contracts and ensure adequate health care for inmates.

Bill Lamoreaux, a spokesman for the corrections department, said Ryan and other agency officials have responded to Campbell’s concerns and provided “detailed information on ADC’s operations.”

“Earlier this year he was even invited to tour ADC correctional facilities so that he could gain a firsthand understanding of the Department, its employees and operations,” Lamoreaux said in a statement.

“Unfortunately, Representative Campbell did not respond to ADC’s offer.”

Gov. Jan Brewer’s office did not immediately respond to a request for comment. Brewer appointed Ryan to lead the agency in 2009.

Under his tenure, the state has privatized inmate health care and now faces a class-action lawsuit alleging that the department provides inadequate medical, dental and mental-health care to inmates. Also under Ryan, two murderers escaped from a private prison near Kingman in 2010, leading to a nationwide manhunt and the deaths of two people. An internal investigation blamed human error and lax monitoring of the private-prison contract.