Some credit should go out to this guy at "Howard's Goodyear Blog" for organizing so much local resistance to the prison. 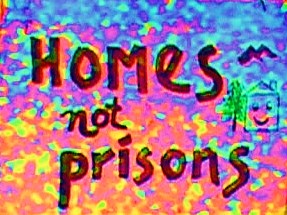 Goodyear is no longer being considered for a future private prison, officials confirmed Friday.

A state proposal released last week that calls for a private company to build a prison for up to 2,000 medium security inmates does not list Goodyear as a potential site. Instead, the state only offers sites in Yuma and Florence.

"The city of Goodyear is grateful to the Arizona Department of Corrections for excluding Goodyear as possible site and for taking into serious consideration the deluge of protests they received from our citizens, business and landowners," Goodyear Mayor Georgia Lord said in statement.

In a previous state request that was canceled in December, a site next to Arizona State Prison Complex-Perryville was one of five locations being considered for a private prison that was expected to house up to 5,000 men.

Florida-based GEO Group Inc. was proposing to build a 2,000- to 5,000-bed prison for minimum- and medium-security male inmates at the complex. Construction costs were estimated at $100 million to $250 million.

Citing broken promises in the past over prison size and an expectation of plummeting property values and a tarnished image, the City Council unanimously passed a resolution in August to use every means necessary, including legal action, to stop a new prison from being built.

"This week, ADOC also made it clear to the city that Goodyear would not be considered in the future should there be any more private prison expansions in Arizona," a city release says.