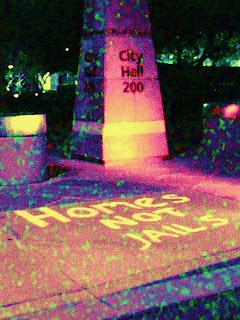 Arizona is long overdue in implementing safe and cost-effective sentencing reform.  Despite recommendations by the Auditor General, testimony heard by legislative committees, and the best practices of numerous other states, serious obstacles have been placed in the path of several sentencing reform bills this session.  The House Speaker has assigned them to two committees, plus Rules.  The bills must pass out of their first committee by February 17th or they are effectively dead.

One bill which has the potential to have huge budget savings as well as positive impacts on public safety, is HB 2521, which would afford non-violent offenders the opportunity to earn credits toward early release faster than is currently the case.

The bill’s first committee is Military Affairs and Public Safety (MAPS), and the Chair is Rep. David Gowan (District 30).  His district includes parts of Tucson, Green Valley, and Sierra Vista.  If you are a constituent, it is particularly important that you contact him.