More on Correction Corporation of America's appalling management of their state prison in Idaho... 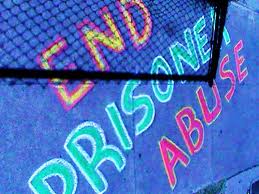 --from the Associated Press, as posted by National Public Radio---

by The Associated Press

BOISE, Idaho (AP) — A federal judge has refused to unseal a settlement agreement between an Idaho inmate and a private prison company involving allegations of rampant violence at a lockup near Boise known as "Gladiator School."

The Associated Press had asked the court to unseal the settlement between Marlin Riggs and Corrections Corp. of America.

However, U.S. District Judge Edward Lodge said Wednesday the interests of Riggs and the company in keeping the settlement confidential outweighed the interest the public has in learning its terms.

"The AP is disappointed with the ruling and believes the public has a right to know the terms of the settlement," Carl said.

Neither Riggs' attorney James Huegli nor CCA's attorney Kirtlan Naylor immediately returned messages from The Associated Press seeking comment.
Riggs initially asked for $55 million in damages, saying the Idaho Correctional Center was nicknamed "Gladiator School" and that guards knew Riggs was about to be attacked but failed to protect him.

The AP contended the lawsuit raised profound and far-reaching issues of public interest. In his written ruling, Lodge acknowledged that the operation of a prison raises issues of public concern, but he said he feared releasing the document would place Riggs at risk for intimidation or assault in prison. He also said future litigants would be discouraged from participating in judicially supervised settlement conferences if they believed the outcome could be made public.

The judge also noted that a settlement agreement in a "companion lawsuit" between other inmates at the prison and CCA was released to the public. In that case, the inmates were alleging the same types of civil rights violations that Riggs claimed, but they didn't ask the court for any monetary damages. Instead, the inmates wanted changes to the way the prison is run — and in the settlement agreement, CCA agreed to make those changes, though the company did not acknowledge any guilt or liability. Both CCA and the American Civil Liberties Union of Idaho, which was representing the inmates, agreed to make that settlement public.

"The present case now involves only a single prisoner seeking monetary damages for an assault," Lodge wrote. "The public's interest in knowing the precise terms of his agreement with CCA is outweighed by the parties' interest in confidentiality as a means of minimizing the serious risks that the Court has found to exist."
Posted by Margaret Jean Plews at 2:52 AM