Andrew Cohen on our standards of decency and the death penalty 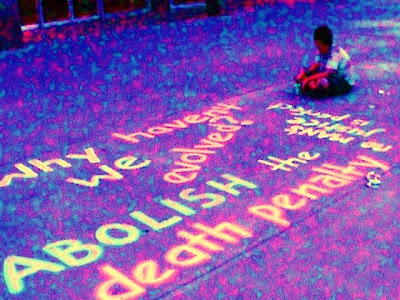 -------well-articulated essay below from The Atlantic----


The Looming Death of the Death Penalty

The year-end report by the folks at the Death Penalty Information Center tell more and more Americans what they already know in their hearts to be true: The death penalty experiment is failing yet again. Undermined by overzealous prosecutors, a hobby-horse for incurious politicians, too often taken unseriously by jurors and witnesses, capital punishment in America has devolved since 1976 into a costly, inaccurate, racially biased, and unseemly proposition.

We clearly can't do it right, and more people are wondering whether we should continue doing it at all. The facts and figures of 2011 soberly reflect the nation's evolving perceptions of the problems inherent in the justice system's ultimate punishment. For decades, "death is different" has been the courtroom mantra of capital cases. But now, and with increasing clarity, "death is different" is becoming a discernible trend all across the country. From the DPIC's annual summary:

New death sentences dropped to 78 in 2011, representing a dramatic decline from last year's number of 112 and marking the first time since capital punishment was reinstated in 1976 that the country has produced fewer than 100 death sentences in a single year... Death sentences have declined about 75 percent since 1996, when 315 individuals were sentenced to death. Executions have also steadily decreased nationwide, with 43 in 2011 and 46 in 2010, representing a 56 percent decline since 1999, when there were 98. Texas had 13 executions in 2011, and 24 in 2009, representing a 46 percent drop over two years.

There are a lot of reasons for these numbers. Prosecutors are seeking the death penalty less often because of the prohibitive costs of capital cases. Judges and jurors have new sentencing options (like life in prison without parole). Politicians can no longer deny the unsettling number of wrongful convictions that have sent hundreds of innocent people to death row over the years. The Supreme Court has sent unmistakable signals to lower court judges to rein in trial excesses. And most of the civilized world has turned against the practice.

So have more Americans. Again, from the DPIC's report:

Also this year, the Gallup Poll, which measures the public's support for the death penalty, but without offering alternatives, recorded the lowest level of support and the highest level of opposition in almost 40 years. Only 61 percent supported the death penalty, compared to 80 percent in 1994. Thirty-five percent were opposed, compared to 16 percent in 1994. A more in-depth CNN poll gave respondents a choice between the death penalty and life without parole for those who commit murder. Fifty percent chose a life sentence, while 48 percent chose death.

The most ardent supporters of capital punishment -- the ones who want more, not fewer executions -- look at all these figures and say in frustration: "Of course the rate of executions is down. This is down because of soft judges and crafty defense attorneys, and because of the murderers themselves, who with nothing to lose and nothing better to do have succeeded in choking the criminal justice system with all their bogus appeals." It's the same tired argument these folks have made for years, however, and it's clearly getting less traction -- in courtrooms, in living rooms, and in state legislatures.

Take the big death penalty stories of 2011. They all buttress the figures offered by the DPIC. For example, there was the dramatic September execution in Georgia of Troy Davis, which educated millions of people about the fallibility of eyewitness testimony in criminal cases. Reasonable people have reasonably disagreed about whether justice was served in the case, but one essential fact has always jumped out at me. After a trial that included at least 40 witnesses, it took Davis' jury less than two hours to convict him of murder. That's just not good enough.

Nor was the year's ghastly search by officials in several states for a key ingredient of the drug cocktail used in lethal injections. These executioners were forced to scramble like thieves for the drug sodium thiopental when its American manufacturer, Hospira, stopped making the product. What does it say about a state -- and a society -- that has to buy its lethal drugs on the sly through a private middleman, as Nebraska evidently did recently? It sends the same ghoulish message to the nation -- and to the world -- that the audience at a Republican debate in September sent when it wildly cheered the record rate of executions in Texas.

Following those cheers, Texas Gov. Rick Perry chillingly told debate moderator Brian Williams that night that he "never struggled" with the idea that one of the men executed during his tenure was innocent. This says more about Perry, of course, than it does about the Texas' capital punishment regime, which has been repeatedly criticized even by the conservative United States Supreme Court. It says the gulf between the cavalier attitude of officials like Perry and the injustice often foisted upon capital convicts is large and growing larger.

If this gulf widens -- as the DPIC's numbers suggest it has -- then states like Nebraska and officials like Perry run the risk of becoming constitutional outliers. The cheers for capital punishment may still be loud, in other words, but they are coming from fewer judges, politicians, lawyers, and jurors. Illinois turned away from the death penalty in 2011. For now, Oregon has, too. There were no death penalties imposed in Maryland, South Carolina, Missouri, or Indiana in 2011. And California is one ballot initiative away from finally packing in its wretched excuse of a capital scheme.

The "evolving standard" of decency, the core element of the Supreme Court's Eighth Amendment jurisprudence, clearly "evolved" in 2011 against the nation's existing capital punishment protocols. Perhaps not enough to generate any sort of swift movement from the justices in Washington. But more than enough for men and women of good will to take notice. Although I can't be certain, I suspect that the Supreme Court is only two votes short of having a majority that would dramatically alter existing death penalty rules in favor of capital defendants -- or perhaps do away with capital punishment all together. Don't say I didn't warn you.
Posted by Margaret Jean Plews at 10:04 AM