Brewercare is killing us! DREAM of LIFE Walk!!! 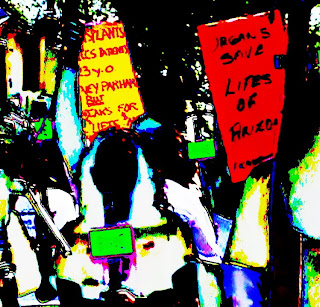 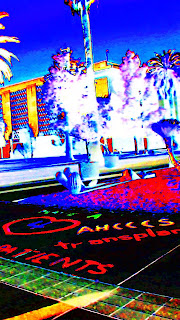 Saturday's DREAM of LIFE Walk for the surviving patients on the AHCCCS transplant list was amazing - these are my photos with a brief news piece from ABC15.com at the bottom. Here are the video clips.

Along those same lines, here's the article from Russ Pearce's Me Party Senate Appropriations Committee this week, which voted 8-5 to eliminate the MEDICAID for Arizonans altogether, so our friends awaiting transplants will soon have much more company among the people the state has decided to allow to withhold life-saving medical care for.

Ironically, no matter how ill or disabled a person is in this state, we still end up paying the government a hell of a lot through the very sales taxes that are supposed to be spent on the welfare of the people....and I want my taxes to go to AHCCCS before anyone else needlessly dies. I'm sick of the legislature extorting me for their salaries while they kill my people by pissing away my money on suing the feds over immigration and setting up committees to pick and choose which federal laws Arizona wants to nullify because they give too many people rights and health care and other essential things.

No wonder people are talking about seceeding from the state. What ignorant, self-righteous dolts we have running this show. If I knew it was that easy to nullify laws, I would have written my own constitution and criminal code a long time ago and told the feds and state where to go myself. 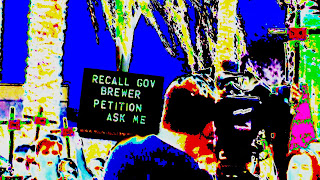 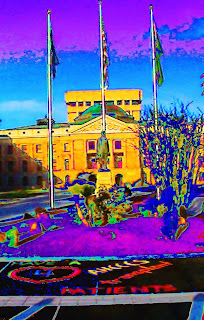 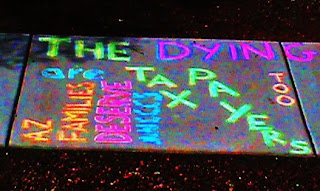 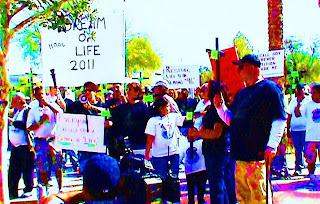 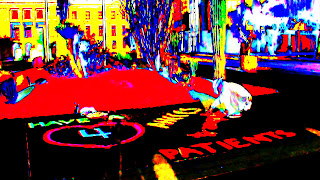 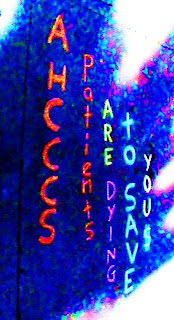 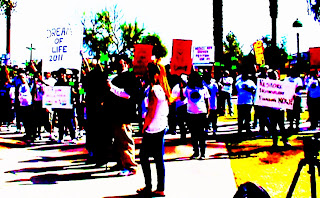 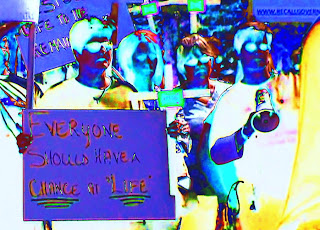 PHOENIX - A Valley man who needs a new liver, along with dozens of others, marched to the state capitol Saturday, in hopes of raising awareness about the importance of funding the state’s Medicaid program, Arizona Health Care Cost Containment System (AHCCCS).

Francisco Felix has cancer and needs a liver transplant. He is one of the 98 people who lost coverage when Governor Jan Brewer approved cuts to AHCCCS, a move that aimed to help solve the state’s massive budget deficit.

“We are asking for the funds for the transplants,” said Felix, whose cousin, Lulu translated for him.

People from all across the Valley gathered at a Phoenix church this morning for a ‘Dream of Life Walk’. They marched to the capitol in hopes of raising awareness about the issue. Governor Brewer, however, isn’t in Arizona. She sent out a message on Twitter late Friday night that said she is in Alaska on vacation.

The cuts to AHCCCS were made last year as part of the new budget. It left 98 people who needed transplants without funding from the program. Two have died since the cuts were made.

“By subtracting this funding from them, these 96 remaining people will die,” said Dr. Richard Darling, who attended Saturday’s march. “It won't be that long either because some of them are very, very ill.”

State leaders have said the cuts were necessary because of the dire budget issues.

But for Felix, he and his family have resorted to selling food at local events to help raise money. They sell hot dogs, chips and drinks, in hope of getting enough money to pay for the transplant. They said they need about $500,000 and including donations, have raised about $100,000.

“I’m going to be fighting, I’m not going to give up,” Felix said.
Posted by Margaret Jean Plews at 11:47 AM