Excellent editorial - the abuses at Arizona's CCA prisons and detention centers alone are appalling. Regent Anne Mariucci should also resign from the CCA board. If both she and DiConcini fail to do so, I think it's time for direct action.... 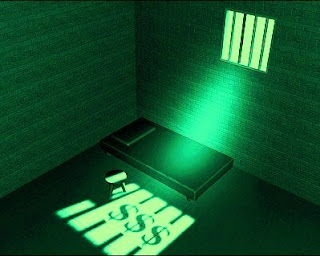 Regent DeConcini should resign from CCA board


From statewide political rhetoric and policy proposals to the national Republican debates, there is no doubt that a raging anti-migrant sentiment is spreading across the nation, including the Arizona Board of Regents.
As students at the UA, we are bombarded by this rhetoric. So who profits from targeting and criminalizing the migrant community?
Regent Dennis DeConcini, a former senator, is also on the Board of Directors for the Corrections Corporation of America.
The CCA is the nation’s largest for-profit prison corporation, holding approximately 75,000 state and federal inmates in more than 66 facilities around the country. This includes six prisons here in Arizona that import prisoners from the states of California and Hawaii, but most importantly the prisons import non-citizen detainees in the custody of Immigration and Customs Enforcement.
As a publicly owned corporation traded on the New York Stock Exchange, the CCA’s sole purpose is to make profits for its stockholders through increased incarceration. Indeed, DeConcini is a shareholder who shares in the earnings generated by the CCA.
Furthermore, public records and recent reports show the CCA invests heavily in lobbying at the federal and state levels and makes substantial contributions to candidates for political office through lobby consulting firms and its political action committee. More people behind bars means more contracts for the CCA, and Senate Bill 1070 proved to be a good way to get more contracts.
The CCA, through its lobbyists and Political Action Committees, made donations to Gov. Jan Brewer and legislators sponsoring SB 1070. Moreover, both Sen. Russell Pearce and the CCA were members of the public safety committee of the American Legislative Exchange Council, where SB 1070 was approved as “model legislation.”
DeConcini publicly declared his opposition to SB 1070. However, through his service on the board of the CCA, he directly profits from the incarceration of undocumented families. If DeConcini truly opposes the separation of families, he should resign from his position on the CCA board.
The CCA is an unrepentant profiteer, operating at the expense of prisoners, their families, local communities and the public. Specifically, the CCA immorally profits from depriving hard-working families of their liberty and violating their human rights. The CCA manipulates public policy through lobbying efforts and campaign donations to political candidates via PACs.
Trusting incarceration to a private entity unnecessarily compounds prisoners’ suffering. Private prison operators’ push for efficiency, and seeking profit inevitably leads to severe violations of prisoners’ most fundamental rights.
The solution is not in trying to reform an inherently broken system, but rather in working toward achieving a society that no longer sees criminalization and incarceration as the de-facto response to every social problem.
DeConcini has worked for many years in public office and continues to hold leadership positions affecting student life in Arizona as a member of the Board of Regents. His support of an industry that profits from depriving human beings of their liberty stands in sharp contrast to his public statements in which he’s portrayed himself as a champion of the underserved. As a CCA shareholder, he personally benefits from policies driven by racism and corporate greed.
Anne L. Mariucci, another member of the Board of Regents, is also a member of the CCA’s Board of Directors.
Today, UA groups including No More Deaths/No Más Muertes, Jewish Voice for Peace and Students for Justice in Palestine are running a similar divestment campaign to support migrant and Palestinian rights. These groups have joined a community-based coalition demanding that university leaders oppose profiting from the prison industry.
A new community coalition of local organizations called Fuerza Comunitaria Contra la Industria Carcelaria — including Corazón de Tucson, The Restoration Project, Coalición de Derechos Humanos, American Friends Service Committee, Tucson Childcare Collective, the Southside Worker Center, UA Jewish Voice for Peace, Students for Justice in Palestine and No More Deaths UA Chapter — call for former DeConcini to resign from Board of Directors of the Corrections Corporation of America.
We actively organize toward a society based on the principles of equality, justice, respect and freedom for all. As students at the UA, we need to hold our own representatives accountable.
As we rally against Pell Grants being taken away, tuition hikes and rising textbook prices, we also need to stand in solidarity with the broader community that we are a part of.
— Elisa L. Meza and Gabriel M. Schivone are former Daily Wildcat employees.
Posted by Margaret Jean Plews at 12:42 AM