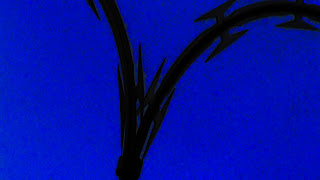 State can save money by reducing prison population


If in 2002 Arizonans were asked whether they'd like to move investments in our three great universities to prisons, they'd likely give a resounding "no!"

Politicians harp on being "tough on crime," but we really need to be "smart on crime." States across the country are realizing they can improve public safety, enhance the likelihood of inmates reintegrating into society, and save money by reducing incarceration. We've already seen evidence of this in Arizona.

For the first time since we've kept prison statistics, Arizona has experienced a modest decline in its prison population. The reason has been evidence-based practices with our probation population, reducing those sent to prison. The Safe Communities Act of 2008, a bipartisan effort, sponsored by then State Sen. John Huppenthal, a Republican, gave county probation agencies incentives to reduce crime and violations rather than return offenders into state custody.

Under the law, offenders earn 20 days off their probation term for every month they meet all of their obligations, including payment of victim restitution if it was ordered. The Grand Canyon Institute's latest report "Reducing Incarceration Costs While Maintaining Public Safety," notes that in Maricopa County alone the drop in probation revocations to prison saved taxpayers $27 million annually over costs in 2008.

The Institute's report using classifications from a report written for the Arizona Prosecuting Attorneys' Advisory Council identifies that nearly 20 percent of our current prison population are nonviolent offenders at low risk for recidivism.

When I chaired an Arizona House Alternatives to Sentencing Workgroup in 2003, I called many prison wardens, and each one told me they could identify a couple hundred inmates who could be safely released. Our report estimates if low risk nonviolent offenders through good behavior and participation in education, vocational and treatment programs earned reduced prison time and moved into community supervision with appropriate follow up, the state of Arizona could save between $30 million and $73 million annually, depending on how eligibility was structured.

The math is pretty simple. It costs $20,000 to incarcerate a nonviolent offender, but less than $4,500 to provide community supervision, often with electronic monitoring, and drug treatment and testing to the same person.

Our prisons can be a revolving door. Last year, 19,055 people left the Arizona Department of Corrections and another 18,759 people replaced them. At least three in four have significant substance-abuse issues, yet last year only 1,810 received treatment. It's no wonder that repeat offenders make up seven out of every 10 inmates.

Arizona needs to adopt evidence-based practices that move us in a fiscally prudent manner that would enable our investments in universities to climb without imperiling public safety.

Former State Rep. Bill Konopnicki is a board member for the Grand Canyon Institute, a centrist think tank.