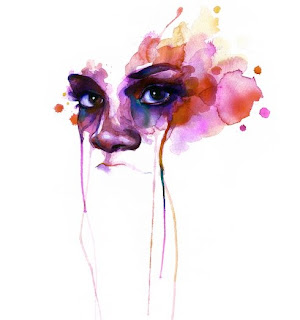 I really want prisoners to weigh in on this issue, and they've made an invitation by accommodating entries in handwriting and encouraging the distribution of this call-out in print, so if you have loved ones in jail or prison who are survivors of violence, please print this up and send it to them. If they mail their submission back to me (Arizona Prison Watch/ PO Box 20494 / PHX, AZ 85036) I'll turn it in.

Some really good resources on anti-violence and the prison industrial complex are available at:

INCITE! Women of Color Against Violence

Like much prison abolition work, the call for this anthology comes from frustration and hope: frustration with organizers against sexual assault and domestic violence who treat the police as a universally available and as a good solution; frustration with prison abolitionists who only use “domestic violence” and “rape” as provocative examples; and, frustration with academic discussions that use only distanced third-person case studies and statistics to talk about sexual violence and the Prison Industrial Complex (PIC). But, this project also shares the hope and worth of working toward building communities without prisons and without sexual violence. Most importantly, it is anchored in the belief that resisting prisons, domestic violence, and sexual assault are inseparable.

Discussions of sexual assault, domestic violence, police violence, prejudice within courts, and imprisonment cannot be separated from experiences of privilege and marginalization. Overwhelmingly people who are perceived to be white, straight, able-bodied, normatively masculine, settlers who are legal residents/citizens, and/or financially stable are not only less likely to experience violence but also less likely to encounter the criminal injustice system than those who are not accorded the privileges associated with these positions. At the same time, sexual assault and domestic violence support centers and shelters are often designed with certain privileges assumed. We are especially interested in contributions that explore how experiences of race, ability, gender, citizenship, sexuality, or class inform your understandings of, or interactions with cops, prisons, and sexual assault/domestic violence support.

·      What does justice look like to you?
·      Perspectives on police and prisons as a default response to sexual assault
·      What do you want people in the prison abolition movement with no first hand experiences of survivorship to know?
·      How did you overcome depression/feelings of futility when dealing with these systems?
·      Critical reflections on why the legal system has or has not felt like an option for you
·      Perspectives on the cops/PIC participating in rape culture
·      Restorative justice and other methods for responding to sexual violence outside of the PIC? (if you are a settler be conscious of appropriations of indigenous methods)
·      How have you felt about conversations you’ve had about the PIC?
·      How sexual assault inside and outside of the PIC is treated by organizers against sexual assault, domestic violence, and the PIC
·      Police and prison guards as triggers
·      Responding to sexual assault and domestic violence when communities weren’t there for you
·      What the legal system offers survivors and what it doesn’t
·      Rants at manarchists, the writers/directors of televised cop dramas, and communities that let you down
·      Survivor shaming for reporting and for not reporting to police

Please submit first-person accounts, critical reflections, essays, and creative non-fiction to survivorsinsoli@gmail.com by April 15, 2012 with “Submission” as the subject line.

If you have questions, we welcome emails to survivorsinsoli@gmail.com with “Question” in the subject line. We are looking for both shorter pieces of writing and longer pieces, but if your piece is more than 20 pages consider sending us an email to run the idea by us.

Please attach a short biography that you are comfortable sharing with the editors (200 word max.). This is not about your credentials, but getting to know you and where you are coming from. All information you provide will be kept confidential.

About selection and editing: Submissions will be reviewed by a group of readers who will consider if and how each written piece could contribute to the finished project. Each piece will be read by at least two readers who will contribute to the decision to accept/reject/edit the piece. Some of us working on this project have been made to feel alone as both survivors and abolitionists. Some of us have managed to carve spaces within these communities. Now we are looking to open the conversation and hear from people we’ve never met, who have struggled to practice politics in a rape culture and police state. We believe that the needs of survivors matter in these movements, and we don’t need someone else to speak for us or about us as case studies and numbers. We want to hear from you.

Please distribute widely.
Posted by Margaret Jean Plews at 5:00 AM