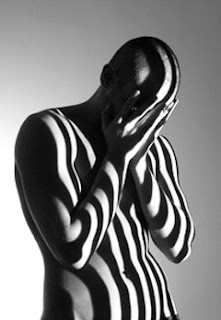 I attended a community roundtable meeting last night about mental illness in the criminal justice system, and the issue of prosecuting people for suicide attempts came up. Killing oneself is no longer against the law in America, but it seems that doesn't stop the cops and prosecutors from coming after you if you fail. A woman in the audience noted that she had just helped get charges dismissed against a man who the City of Phoenix tried to prosecute for disorderly conduct over his attempt to jump off of a bridge after he recovered from the crisis. The city attorney's office complained that he disrupted traffic and tied up public services with his actions.


Isn't that what public services are for - to deal with that kind of thing? Arizona's suicide rate is twice our homicide rate, so we'd better come up with more creative ways to discourage people from killing themselves if we want to lower the death toll. This kind of prosecution seems aimed at minimizing the public's inconvenience, that's all.

Just a few months ago, at a similar meeting, I heard about a man in either Pima or Pinal county who was being prosecuted for criminal damage after surviving a suicide attempt in which he threw himself in front of a car. The damage to the vehicle was over $1000, so he was facing a felony - and therefore possible prison time.


What is wrong with this state? If a person dies from self-inflicted injury, they're listed as a suicide victim. If they survive, however, they can be prosecuted as a perpetrator. Granted, that guy's actions placed the occupants of the vehicle at risk and he should compensate them for the property damage. But that calls for restorative justice, not criminal justice interventions.

I know it's not just here. Last March, the ACLU filed a brief in Indiana on behalf of a woman who was being prosecuted for murder after she miscarried her child in a failed suicide attempt. Currently in the news, a marine in Maryland is fighting his conviction for self-inflicted injury (he cut his wrists in a suicide attempt), which brought with it six months in the brig and a bad conduct discharge. And many years ago in Michigan, when my brother overdosed on my grandmother's prescription medications in a suicide attempt, the cops came and arrested him a month later for possession of a controlled substance - which they seized from his room when the paramedics responded with them to the 911 call. He pled guilty to avoid prison.

I suspect this is happening far more often than any of us could imagine. We need to be substantiating and documenting these reports, and bringing them to light - the city and county attorneys making these decisions need to be held responsible for them, and people struggling with serious mental illness desperately need the support of the community behind them when they're being prosecuted for their symptoms - like despair, impulsivity, delusions, lack of insight, and self-injurious behavior.

I'm not saying that a psychiatric disorder exempts a person from responsibility for their actions. There's a difference between prosecuting a criminal with a mental illness, and prosecuting a person for the "crime" of being mentally ill, however - that happens far too often in America. It's important to make that distinction and be conservative about filing charges in these kinds of circumstances for many reasons - particularly in Arizona, where the mentally ill are more than nine times as likely to end up behind bars as in the state hospital.

Even if there's some merit to a case, for example, or someone was particularly reckless and harmed others, the negative effects on the community of prosecuting it can still be greater than the benefits of doing so. It can have the chilling effect of discouraging people from reaching out for help after initiating a suicide attempt for fear of being criminally punished. That marine's conviction for self-inflicted injury is especially troubling given the high rate of suicide among service members these days - it's not like he shot himself in the foot to avoid deployment. I can hear a lot of GIs now telling themselves to be sure to use their service weapon if they take themselves out, so there's no chance of survival lest the same humiliation befall them...no more room for ambivalence there.


People aren't usually thinking rationally when they try to kill themselves, and while we should all be mindful not to harm others in the course of harming ourselves (as in with drugged or drunk driving), the consequences of such prosecutions - discouraging people from seeking help in the midst of a suicidal crisis - can be devastating to the "innocent" - those who are careful not to take others out with them - who may die for fear of summoning our community's emergency responders if they have lest minute regrets. It also leaves a lot of other victims behind to grieve them. That's not what we expect for our tax dollars when our fellow citizens are suffering so.

If the profession can't rein its own members in and establish some better parameters to minimize criminal charges against people for the symptoms of their mental illness, then advocates for suicide prevention should be hounding their lawmakers to explore legislative remedies to this problem. In the meantime, please help me publicize when such prosecutions occur so we know just how often it happens, and under whose watch. Spread the word among public defenders, prisoners, the mental health community, and anyone else who might care. And tell those with the power to make decisions about such things that this is unacceptable.


Gary Verberg is the City Attorney for Phoenix - it's my understanding that all criminal prosecutions done by the city are ultimately his responsibility. I haven't verified the details of the allegation about the case above, so don't go off accusing his office of brutalizing people with psychiatric disorders. Just please contact him and make sure he knows that city residents expect suicide attempts to be treated as a medical emergency, not a criminal offense. The contact information for his office is:

The Maricopa County Attorney, Bill Montgomery, didn't make it to the roundtable last night, but he has been to others in the past year and has expressed his own sentiment that it's inappropriate, as a rule, to criminalize people who would not otherwise be offenders but for the symptoms of their mental illness. While we were talking largely about things like destroying property and being disorderly in the course of a psychotic episode, I think this kind of thing would fall under the same category. If you want to let him know your feelings on the issue, though, just in case they got some poor soul facing jail for trying to kill themselves now, drop him a line too at: 301 W. Jefferson St., Phoenix, AZ 85003 / 602-506-3411. I write to him all the time, myself.

Finally, if you're only going to write to one person or place about this, hit these folks: The Arizona Prosecuting Attorneys Advisory Council. It's made up of county attorneys across the state to promote their common crime-fighting agenda with the public and legislature, apparently. They're the folks who invest in propaganda campaigns that further demonize the prison population to support their claim that they've been putting all the right people behind bars in this state, and that we therefore don't need to reform sentencing guidelines or eliminate mandatory minimums. They can be reached at: 1951 W. Camelback Rd., Suite 202, Phoenix, AZ 85015 / 602-542-7222.

Posted by Margaret Jean Plews at 9:17 AM