Excellent editorial by a Tucson Attorney, as posted in the Nogales International. The process by which this happens across the country is complicated and fragmented, making it difficult to track the impact of such laws on crime, populations and communities. Nevertheless, the US Department of Justice has concluded that transferring juveniles to the adult criminal justice system has had no positive effect on reducing juvenile crime. In fact, recidivism tends to be worse when kids are placed in the adult criminal justice system. Arguably, we harm more people than we protect this way. 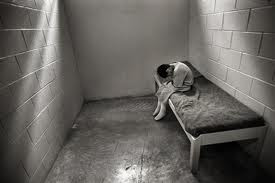 Juvenile transfer law should be repealed

In election years, candidates want to look tough on crime. In 1997, as a Nogales High School senior, I wrote an opinion article for this paper about Arizona's attempt to pass a law permitting prosecutors to charge minors as adults for committing serious crimes. Laws like this are generally known as juvenile transfer laws.

In interviewing several officials in the juvenile justice system, I learned that the state had been providing vital services to criminal youths to assist them in reentering society, such as education, career guidance, and family therapy, which the adult system did not. I predicted that the law, if passed, would harm juvenile offenders and fail its intended effect.

After my article ran, then NHS principal Marcelino Varona pulled me out of class to lecture me on the need to be tough on crime and how wrong my op-ed was. Later that year, Arizona and 21 other states enacted similar laws. Currently, 45 states have juvenile transfer laws.

The intent behind these laws is to deter juveniles from offending and incarcerated juveniles from re-offending. But as an article in the Jan. 29 Arizona Daily Star ("Serious youth offenders faring poorly when put in adult system") points out, Arizona has failed to stem the tide of crime by prosecuting minors as adults.

Juvenile transfer laws have little impact on juveniles' initial decisions to break the law. Why? Most juveniles are unaware of these laws, or they wrongly believe that they will not be prosecuted as adults. Furthermore, juveniles are not deterred from committing serious crimes even when they know severity of a potential sentence.

As for those minors already in the adult system, six large-scale studies have found that these individuals are more likely to commit crimes than those tried in juvenile court. One study found that transferred juveniles in New York had a 100 percent re-arrest rate compared to 47 percent of juveniles treated as such in New Jersey. Researchers also found that juveniles put into "deep-end juvenile programs" received the most benefit largely because these programs provided inten sive, long-term job skills training and treatment and longer sentences, which gave them more time to consider their futures and the consequences of reoffending. Conversely, juveniles who were dumped into the adult system reported intent not to reoffend because the experience had been so horrible. Even then, 61 percent of those surveyed said that their prison sentences had no impact on whether they would reoffend. Some juveniles even admitted to learning more about criminal enterprise while in adult prison.

As one former inmate told the Star, "Prison is not a college to go to.... You learn the worst lessons there. It's a mean, vile place. When you're in the milieu of meanness, how else are you going to come out? There are no good values being taught in prison."

While proponents of the law point out that these transferred juveniles have been given many chances in the juvenile system before being transferred to the adult system, that fact only shows that Arizona is failing its youth and sealing their doom by not providing the necessary guidance and support systems juveniles need to become useful members of society. Instead, under the current law, we are merely churning out more criminals and more violent criminals.

The Arizona juvenile transfer law is broken. Being "tough on crime" does not prevent crime. It just makes it tougher to stop the cycle of criminal behavior. Repealing this law and investing in prevention, education, guidance and support are the only means of breaking this vicious cycle.

(Aguirre is a Nogales native and University of Arizona graduate who currently works as an attorney in Tucson.)

Posted by Margaret Jean Plews at 9:00 AM