Solidarity with the women of Perryville: Never Surrender.

(EDITED/UPDATED OCTOBER 16, 2014): Thanks for your prayers, people - the prisoner whose suicide attempt prompted this post survived and has recovered enough to return to Perryville's Special Needs unit, as of Oct 14th. 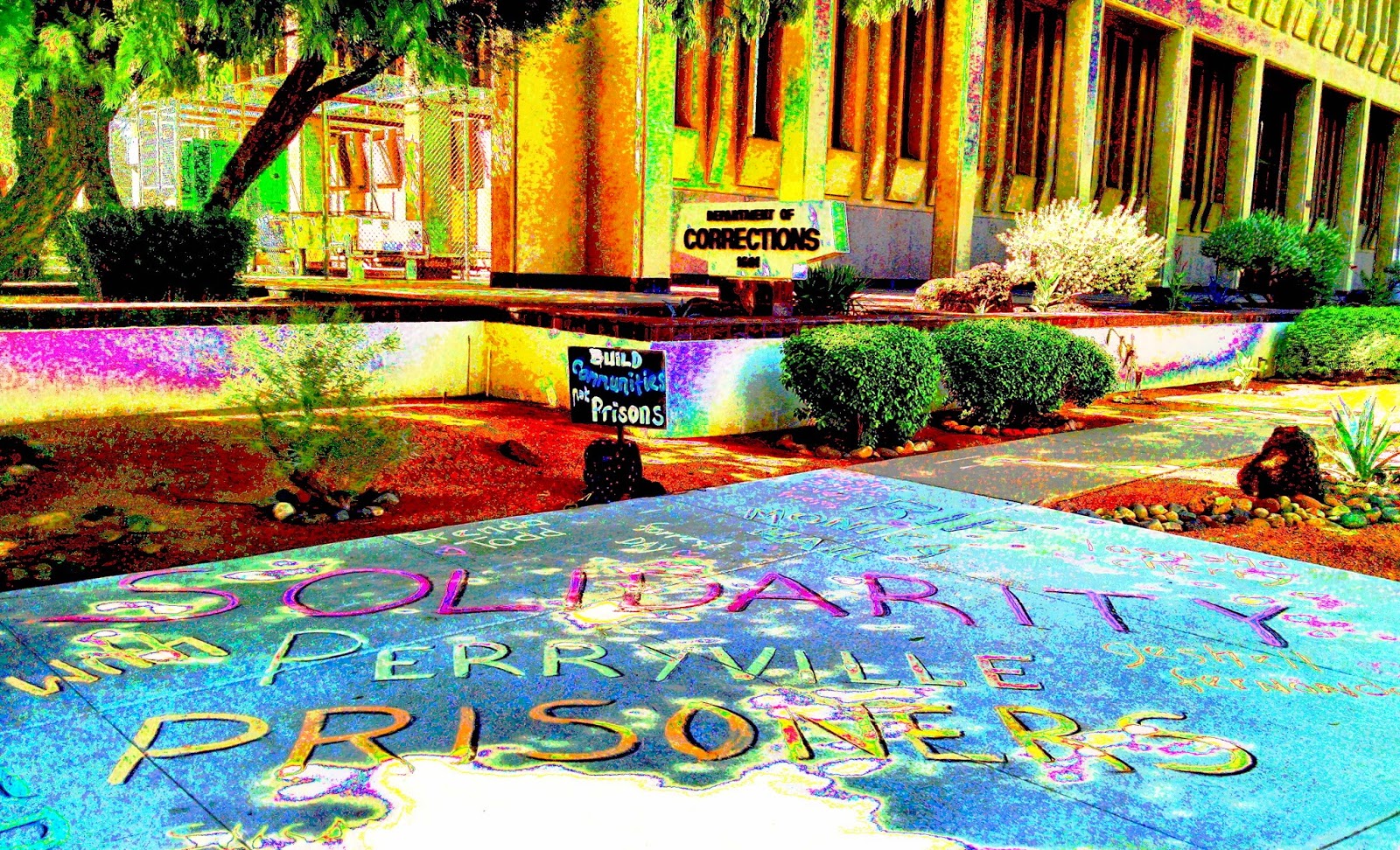 Last week, a dear friend of a dear friend was reported to have ended her life on Santa Cruz yard in Perryville prison. Over the weekend I learned a little about the kind of blessing this woman has been in the lives of  her friends and fellow prisoners, and determined to do something special to help remember her by.  As of 9/29 the DOC still hadn't posted her death notice, and her record on line only showed that she was sent out  to the hospital on  9/25. Sometimes the DOC is pretty slow on those, though, and I was pretty sure of my sources. So, first thing Monday morning I hit Central Office to build a memorial for her and the other women who have died by suicide or gross neglect under the Brewer/Ryan administration. There are quite a few, some whose names and stories I don't even know. Some stories  I am all too familiar with, though, like that of the beloved Gloria Rogers, whose suffering I'll write about more in due time... 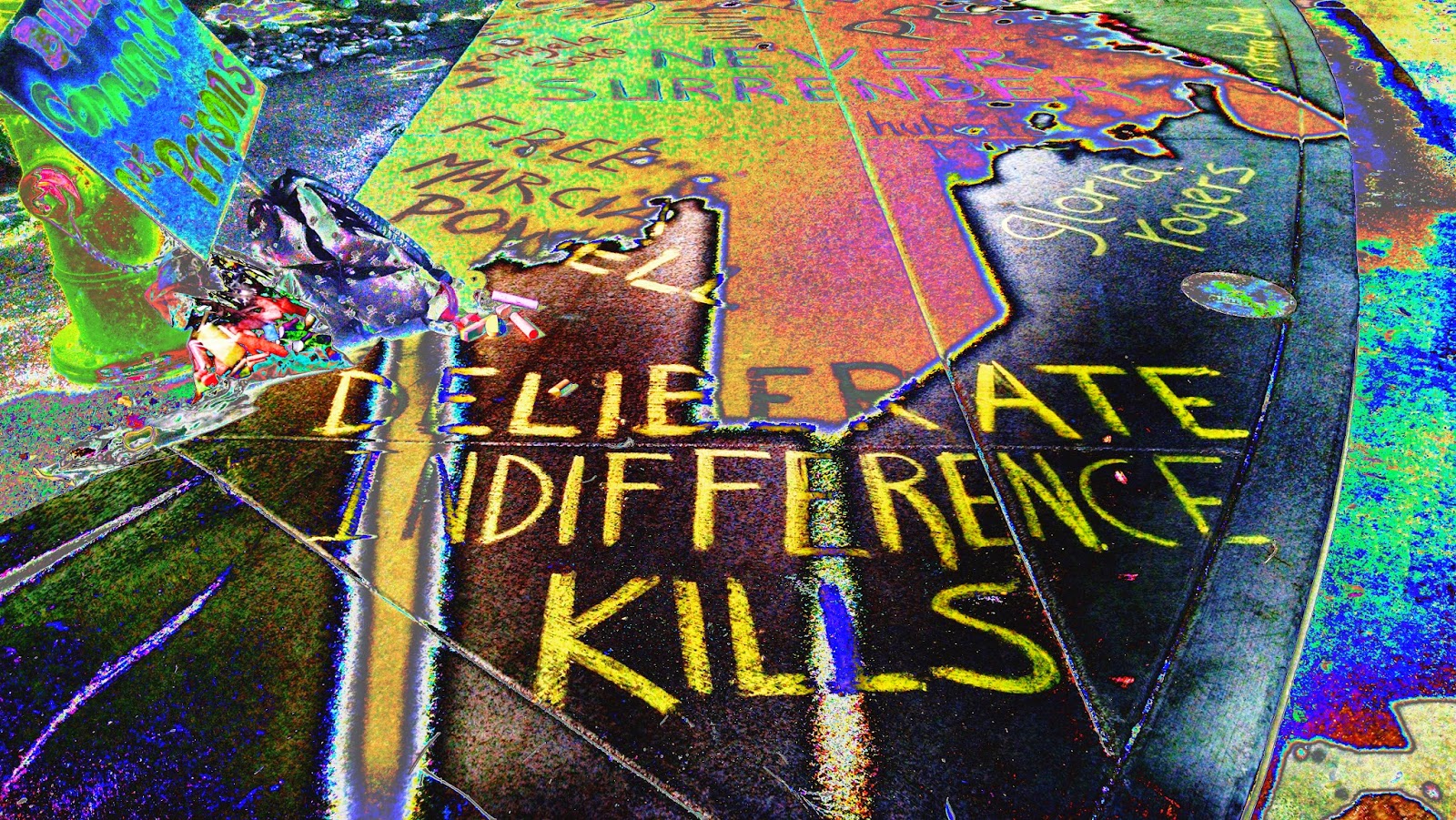 Apparently none of this woman’s friends saw a suicide attempt coming, by the way - she had just been returned to prison in August, having relapsed since her parole last year. She had just done a decade behind bars, and was now looking a six more years in prison, away from her family, as was her partner in crime. But she was tough, and seemed like she could handle it. She was certainly plagued by her addictions, but those who contacted me about her didn't know of any serious mental health history that would suggest she was at risk for this. They felt completely blindsided, and devastated. Many successful suicides occur without clear warning, though.

Out of respect for her privacy and that of her family's, I'll defer naming this good soul until she recovers enough from this trauma to give her permission or tell her story herself - or until the DOC posts a death notice, if it turns out she passes away. Until then, those of you searching for what happened to your friend on Santa Cruz last week should just keep good thoughts in your hearts for her - she may yet be holding on. And be sure to take advantage of this time of uncertainty about her fate to tell those you love how much they mean to you - especially if they are struggling now, or in exile. You never know if you'll have the opportunity to do so tomorrow.

Finally, those of you who are  struggling yourselves with thoughts of ending your life because you're in or are facing prison: chances are, there are people in your life who need you nonetheless - they need you to make it through this, or your death will haunt them forever. And there may be others down the road you can help if you can figure out how to survive your ordeal now.  So, please don't take yourself out - study your rights, and become a thorn in the DOC's side instead. Whatever you do, don't do their dirty work for them.

My apologies to the working women from Perryville who received misinformation and probably had to clean up after me. I pray I never have cause to write that name on the sidewalk again. The Ghosts of Jan Brewer number far too many already… 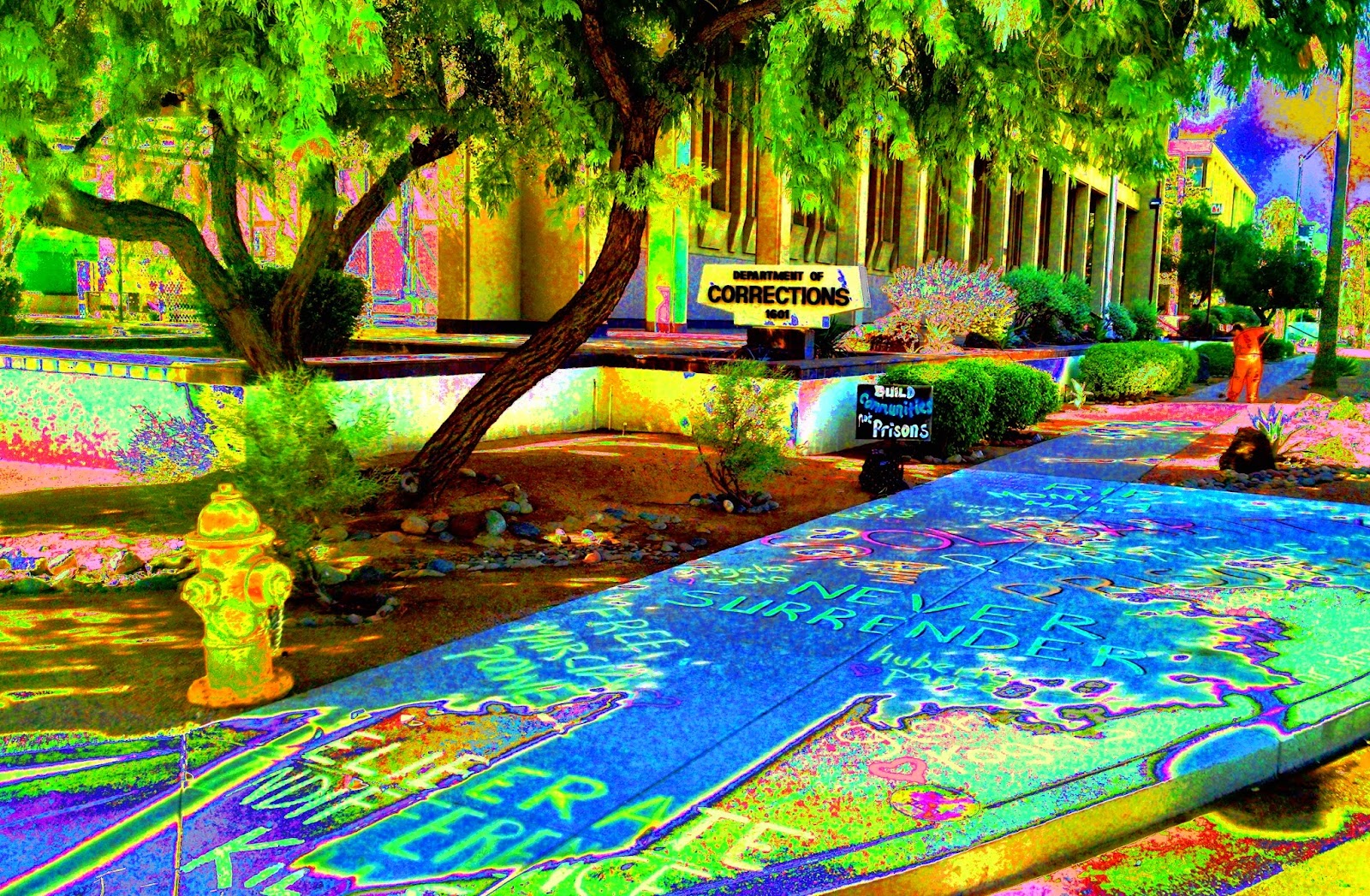 Helping prisoners assert their civil rights in custody, and survive their incarceration with self-help tips, copies of DOC policies and Jailhouse Lawyer Handbooks, and whatever else they can afford to mail. They meet every two weeks to answer letters.

The Carpe Locus Collective is also putting together a zine for distribution among prisoners, and are looking for art, poetry, essays, letters, etc. Right now they’re helping  transcribe a guide for new LGBT prisoners, written by my own correspondents as they were battling the DOC for their own survival. So think about what kind of collaboration you might want to have with these folks, and help them amplify the prisoner’s voice! 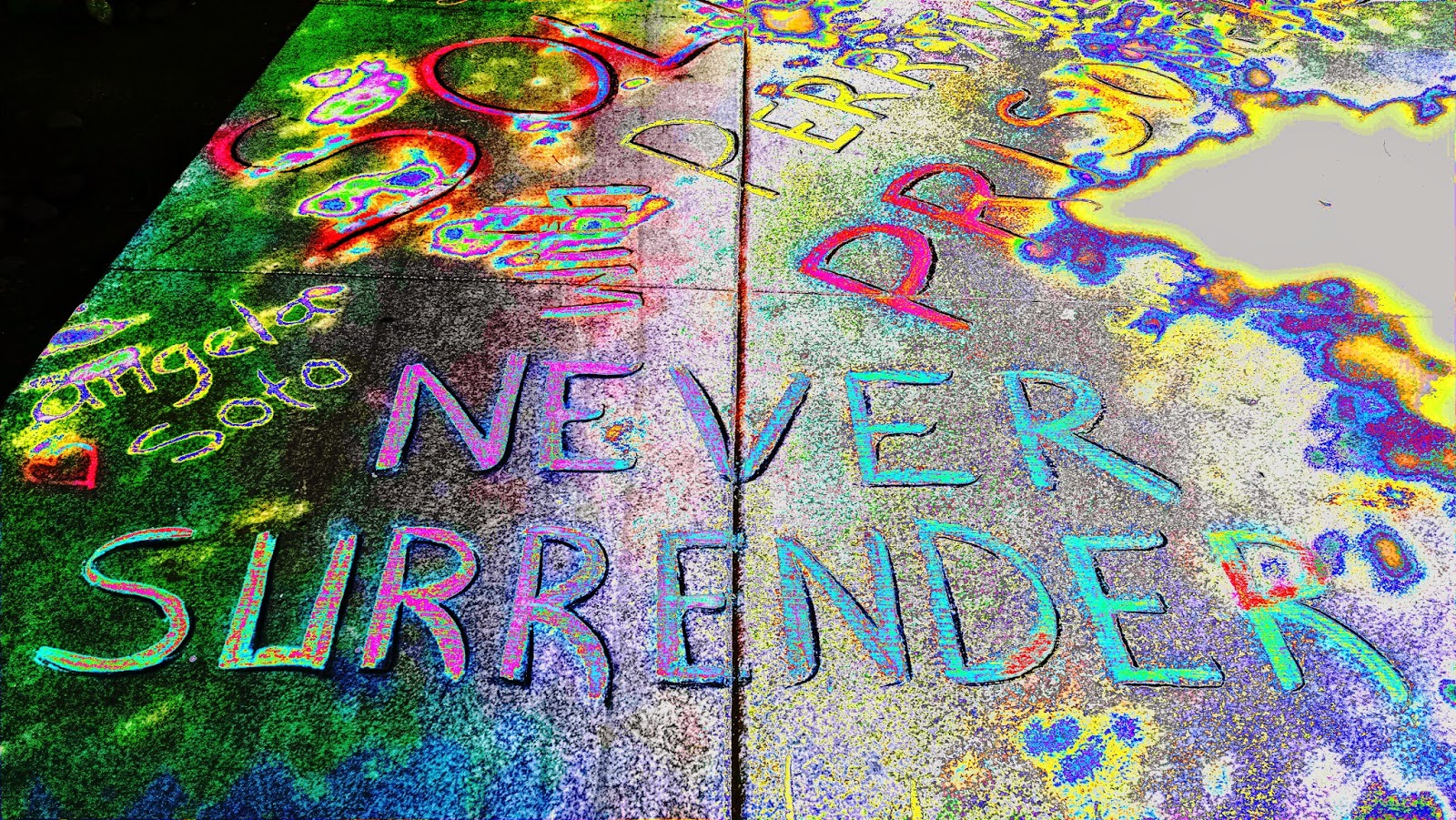 PS - TO PERRYVILLE PRISONERS: No matter who you are, or what kind of hell you’re going through, you don’t have to do it completely alone. If you need help dealing with feelings of worthlessness, hopelessness, and the thought that the world would be better off without you - or you without the rest of us, don’t surrender to your shame or your fear. Talk to someone who loves you to anchor you here, before you even think about leaving them that way.

Now, if you think you’re unloved or unlovable and have no one who cares if you live or die, go out and find someone who needs to be loved more than you do and love them as if your own life depends on it. They are probably in your life already. In short time, if you treat the rest of the people around you the same way - looking for ways to be a blessing in their lives, however small -  you’ll find that you have become a valued member of your community whose presence heals. Then, even if you expect to be buried in an orange jumpsuit someday, those feelings that nearly drove you to leave your children or sister or cellie grieving your suicide for a lifetime will no longer have room to dwell…

I promise you, that’s a much better way to be free.


If you need help dealing with your own mental health crisis or that of a loved one, THE NATIONAL SUICIDE PREVENTION LIFELINE is a free, 24/7 service that can provide suicidal persons or those around them with support, information and local resources.