Whatever BS rationalization Arpaio uses for employing the color pink in his jails, its used in an overtly misogynistic, homophobic way - to humiliate the male prisoners, mainly. His policies and practices around the dressing of prisoners not only perpetuates harmful stereotypes, at the very least; the forced dressing in "feminine" clothes  even terrified Eric Vogel to death. Too bad they didn't challenge the constitutionality of Arpaio's treatment of all prisoners, at the same time, as this settlement doesn't set any precedent that could force Arpaio to change policies.  Shame on the Maricopa County voters who have fueled that idiot's fires and kept him in power. I hope Eric Vogel's family get millions.

The lawyers in this case were Robbins and Curtin, if you need one to sue either the MCSO or the State of Arizona on behalf of a victim of police or prison violence. They often win. 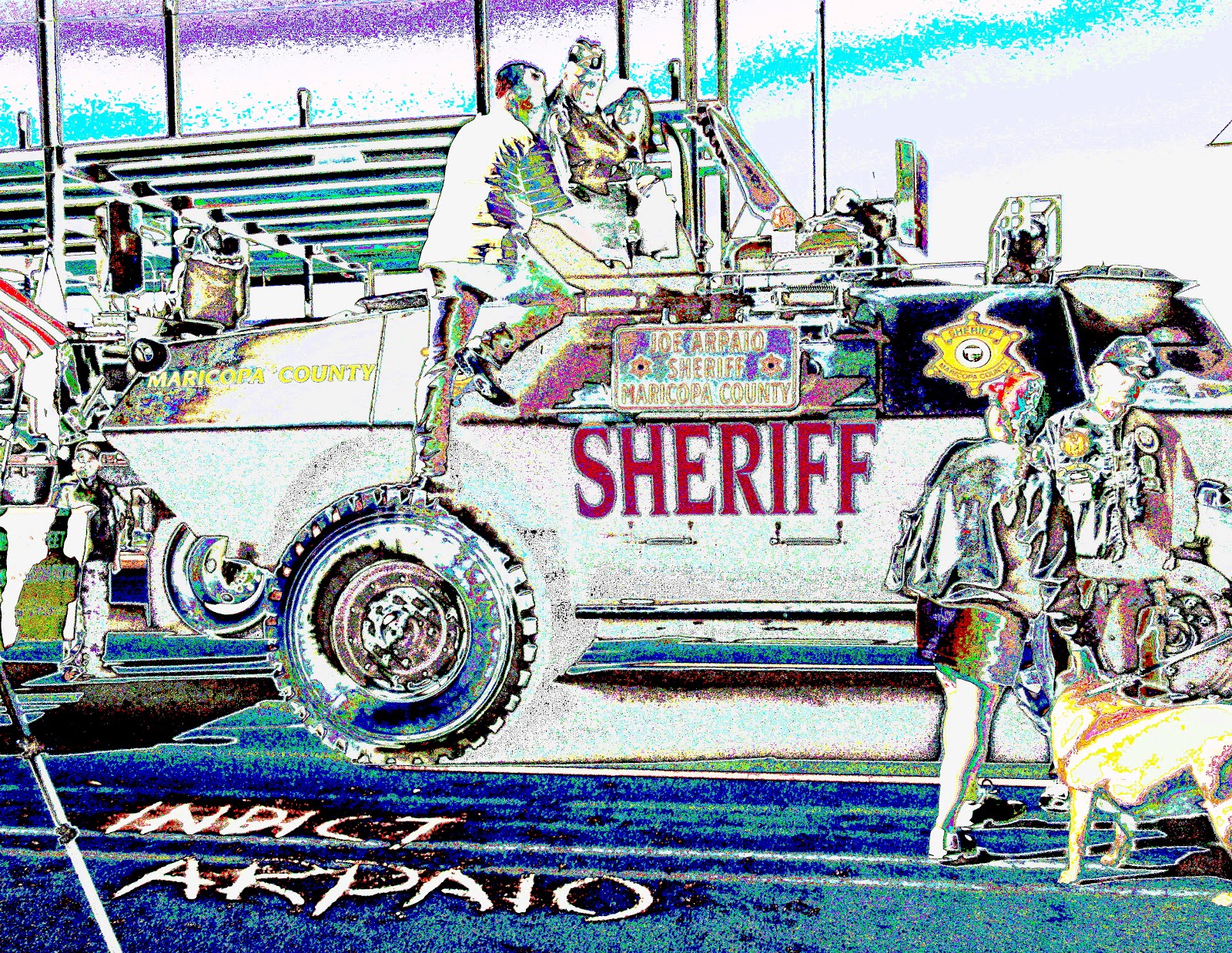 (Reuters) - An attorney for the estate of a mentally ill inmate who sued an Arizona county after being forcibly dressed in pink underwear by jail officers said on Monday they will settle the case.

Lawyers for Eric Vogel's estate and the county of Maricopa told the court on Friday both sides had reached an agreement, plaintiff attorney Joel Robbins said. Robbins declined on Monday to provide further detail on the settlement, which needs to be approved by county officials.

The pink underwear for male jail inmates policy is a controversial part of firebrand Maricopa County Sheriff Joe Arpaio's anti-crime policies. The sheriff was listed as a defendant in the case, which was filed in April 2007.

The inmate resisted the pink underwear policy at the jail, and screamed that the officers who held him down and forcibly dressed him were raping him, according to court documents.

"The fact that they had wrestled this man, screaming that he was being raped, those are the things that kind of added up to what we believe was deliberate indifference," Robbins said.

Vogel died of acute cardiac arrhythmia weeks later, after running miles from the scene of a minor car accident, fearing that he would be arrested again, court documents show.

The county is scheduled to hold a board of supervisors meeting on Wednesday to discuss the agreement, according to court records.

In 2012, the federal 9th U.S. Circuit Court of Appeals ruled that Arpaio's policy may be unconstitutional when applied to prisoners who had not been convicted of a crime.

Two members of a three-judge appeal panel raised the issue while ruling for the majority in a related lawsuit against Arpaio and Maricopa County. But they stopped short of striking down the underwear practice, saying it had not been formally challenged by plaintiffs in the case.

Writing for the majority, a 9th Circuit judge said that the U.S. Supreme Court allowed jail officials to use unpleasant measures so long as they served a legitimate purpose, such as the safety of the institution.

But he noted the Supreme Court also ruled that arbitrary requirements may be construed as punishments, which could not be imposed on people who had not been found guilty of a crime.

Arpaio has come under fire by the U.S. Justice Department for a crackdown on illegal immigration that the government said involved racial profiling.


(Reporting by Curtis Skinner in San Francisco; Editing by Daniel Wallis and Sandra Maler)
Posted by Margaret Jean Plews at 7:59 AM