ASPC-Safford: Ryan condones sexual harassment with slap on the wrist.

What does this kind of "discipline" tell all the other women who work for Chuck Ryan - this man remains in his position of authority - anyone out there know what happened to the women who had the courage to complain about this fine gentleman?

We can take a hint from the article below:

"Colleen McManus, the DOC's chief human-resources officer, reported to Ryan that one of the women said employees at Safford "are told to keep their mouths shut or they will be reprimanded. There is general acceptance that things must go the warden's way, as that is 'the only way.' " 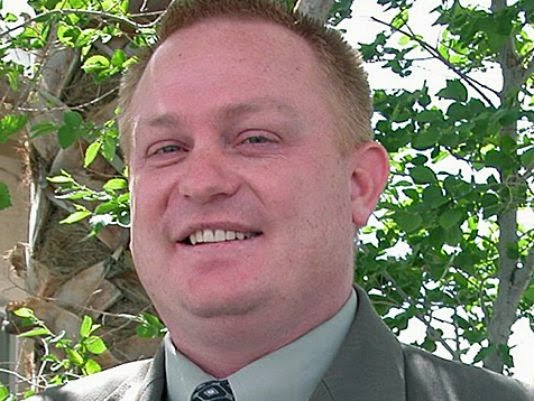 The recommendation came a year after Broadhead had been disciplined for flirting with and touching his executive staff assistant.Yet Corrections Director Charles Ryan, who has cracked down on employee misconduct the past two years by imposing sanctions — including firings — nearly 2,400 times, suspended Broadhead for 40 hours without pay, but allowed him to remain in his current position.

The suspension was the minimum punishment Broadhead could have received for a Class 6 offense, the second-highest category of discipline in the Department of Corrections. The maximum punishment is dismissal,though the director has discretion in how to respond.

Broadhead, 40, is classified as a correctional administrator 5. He is the only one with that classification who has been disciplined in the past two years.

Broadhead, warden at the Arizona State Prison Complex-Safford since February 2008, did not return two calls seeking comment. His complex houses just more than 1,700 minimum- and medium-security male inmates about 165 miles southeast of Phoenix.

Robert Blackmer, a spokesman for the 2,000-member Arizona Correctional Peace Officers Association, called the handling of Broadhead's case "just one of the latest examples of what is a bigger problem.

Ryan bristled when asked if he went easy on Broadhead, saying another offense by the warden will result in his firing. Ryan added that he considered Broadhead's service to the state, which began in February 1996, in imposing punishment.

"Basically, he doesn't get another opportunity," Ryan said. "I did not go light on him at all. He received the same as other employees in the range of sanctions."

Broadhead's case was among 2,379 situations that merited disciplinary actions in 2012 and 2013 among the department's more than 10,000 employees, according to records The Republic obtained through the Arizona Public Records Law.

Among 308 Class 6 disciplinary offenses, like Broadhead's, over the past two years that were identified by The Republic, about 59 percent drew 40-hour suspensions, 22 percent prompted80-hour suspensions, and 15 percent resulted in firings. The remaining 4 percent led to suspensions of 24 hours or less.

Among 42 sexual-misconduct cases identified by The Republic — which involved sexually explicit comments, inappropriate touching or sexual innuendo — one employee was demoted, four were fired, four received 80-hour suspensions and 12 drew 40-hour suspensions. The remaining half of the employees involved in sexual misconduct received suspensions of 24 hours or less.

The Republic sought disciplinary records after Ryan last year publicly called on employees to live by higher standards amid his concerns that too many department employees were being arrested.

Sexual harassment has been an ongoing problem within the DOC.

In 2010, federal jurors awarded $600,000 to a female corrections officer for enduring severe harassment.
At the time, Ryan chided his predecessor for not responding appropriately to complaints. He ordered supervisors to undergo additional training, saying such behavior would not be tolerated.

Broadhead's first formal warning about his behavior came in 2012, when he was told his job could be in danger if he continued inappropriate sexual conduct. An investigation found he engaged in flirtatious behavior — joking with, whispering to and touching female employees, and using pet names with his executive staff assistant.

Last year, an investigation was triggered by two female employees, with one telling an investigator that "there is not a day when she feels her job is safe." The women alleged that Broadhead:

• Made inappropriate comments, including telling one woman he loved her "beautiful brown doe eyes" and another female worker that they were "sleeping together now" after they had gone to lunch together.

• Touched and twirled one of the women's hair.

• Gave one woman a dollar and said, "This is just like the guys used to give you," referring to what a stripper or dancer would receive for payment.

Colleen McManus, the DOC's chief human-resources officer, reported to Ryan that one of the women said employees at Safford "are told to keep their mouths shut or they will be reprimanded. There is general acceptance that things must go the warden's way, as that is 'the only way.' "

Broadhead, according to a July 3, 2013, disciplinary letter from Ryan, acknowledged that he had made comments about one female employee's "big brown eyes," but denied saying he "loved" her "beautiful eyes."
He also said that he told one woman he commented about her attire, but not in a sexual way, the letter says.
Broadhead also stated he "did not recall" twirling one woman's hair, but he may have moved her ponytail when he was assisting her. He also did not remember making the "sleeping together" comment, but he told investigators that "rumors abound at Safford," according to the letter.

McManus noted in her 2013 investigation that Broadheadhad been warned in a formal "Letter of Instruction" from the previous year to monitor his behavior after being accused of "inappropriate conduct" with an employee. Broadhead was told in the 2012 letter to maintain professional boundaries with staff, or face being fired or removed from his post.

McManus concluded that Broadhead had violated the standards mandated in 2012 and that he should be removed from his management responsibilities. Reached by phone recently, however, McManus referred questions about the investigation to DOC spokesman Doug Nick.

Nick provided The Republic with a statement from McManus saying it was the director's prerogative to review the situation and staff recommendations and approve, reject or modify any recommended actions. The week without pay for Broadhead, who earns $80,849 annually, cost him about $1,555.

The 2009 letter, signed by Ryan and Broadhead, stated that "continued violation on your part will result in more severe disciplinary action, to include dismissal from state service."

After the two sexual-conduct investigations in 2012 and 2013, Ryan charged Broadhead with "insubordination for violation of standards of conduct for state employees," records show.

Ryan's letter warned Broadhead: "You were expected to establish and maintain professional boundaries with staff that maintains a clear separation between staff and subordinate."
Posted by Margaret Jean Plews at 12:27 PM