Was hoping to make a cool Christmas card for my friends while down on W. Washington early this morning, on the public sidewalk right outside of Phoenix City Hall. Experienced some chalkus interruptus, however, so this was about the best I could pull off... 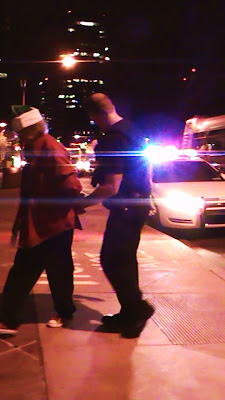 I did get some pretty good cop-watching footage, at least. And the nice Phoenix Police officer (he was really very gentle while restraining me) who placed me in "investigative detention" went ahead and filed a complaint for the "Graffitti Detectives" to investigate and determine if charges should be pursued, which is a good thing.

I could have easily cleaned that up and avoided the possibility of prosecution, but I'm tired of the confusion and harassment. I have the cards of detectives who have given me their blessings, but my safety and liberty are too often at the whim of each cop who has a different idea of what "criminal damage" constitutes. I'll fight it out in court.

Note that I switched out my cowboy hat for an elf cap this week, in keeping with the holiday spirit. I think that's why I was in cuffs while being questioned - my mental status was being assessed. Both the costume and the message (and my occasional chuckling to myself) seemed to alarm the police more than the potential that I was actually being destructive.

I was a little worried when we headed towards the car, but his handcuff key was hanging from the ring in the ignition - he was just getting ready to set me free.
Well, here you go - every picture tells a story, as they say... 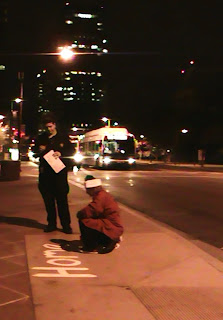 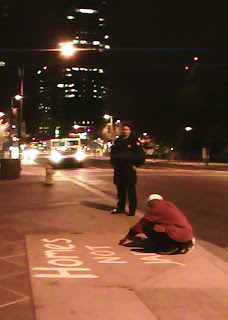 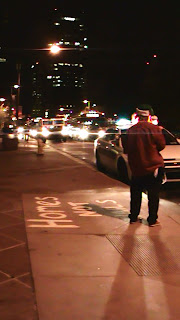 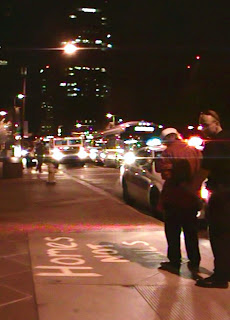 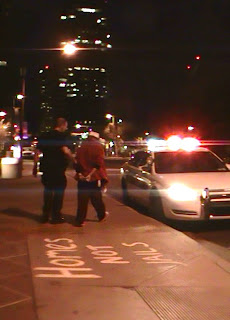 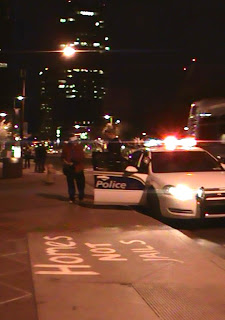 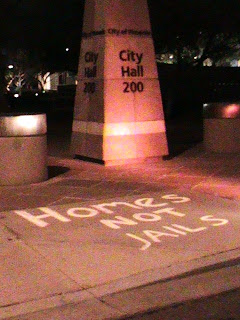 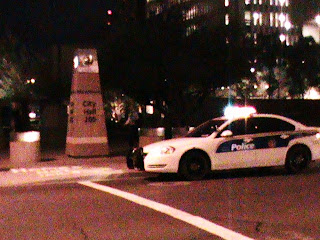 Love and Power, to all my friends and comrades struggling to survive out there.