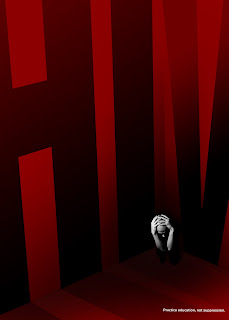 Yesterday was World AIDS Day - sorry I slept through it. I haven't been well lately. Will try to make up for it through the year.

Here's some info from the AZ Department of Health Services on HIV/AIDS, which also touches on Hep C co-infections. It needs to be updated.

On the national front, this is the latest from the ACLU Blog of Rights:


At the beginning of this year, three states — Mississippi, Alabama and South Carolina — continued to segregate its prisoners with HIV from the rest of the prison population.

In March of this year, we were thrilled to report that Mississippi saw how unjust and draconian that policy was, and integrated prisoners with HIV with the rest of the prison population.

Now, Alabama and South Carolina remain the two holdout states who refuse to integrate prisoners with HIV with the rest of the prison population. Prison officials in those two states contend that segregation is necessary to provide medical care and to prevent HIV transmission. But as an ACLU/Human Rights Watch report released earlier this year points out, the other 48 states that have integrated prisoners with HIV into the general prison population have demonstrated that appropriate inmate education, classification, and risk-reduction programs have proven to be effective HIV prevention tools. And time and again, public and correctional health experts agree that there is no medical basis for segregating prisoners with HIV within correctional facilities.

As a result of this irrational fear-based policy, prisoners with HIV in Alabama in South Carolina face stigma, harassment and systematic discrimination that amount to inhumane and degrading treatment. They're forced to wear armbands or other indicators of their HIV status, to eat and even worship separately, and are denied equal participation in prison jobs, programs and re-entry opportunities that smooth the transition back into society. In fact, South Carolina is the only state in the union to prohibit prisoners with HIV from participating in work release programs. (Alabama finally allowed prisoners with HIV access to work release programs in 2009 in response to the ACLU’s advocacy.)

In June, the Department of Justice's Civil Rights Division sent a letter to South Carolina prison officials demanding they end their segregation policies and give those prisoners access to programs and services such as job training and other reintegration programs. South Carolina did not comply with the deadline the DOJ set forth in the letter; it's possible a civil rights lawsuit is in the pipeline.

As the entire country struggles with budget deficits, states are looking to save money by incarcerating less people. This is done mostly by keeping parolees from landing back in prison, which is accomplished by providing the kinds of rehabilitative services that Alabama and South Carolina continue to deny prisoners with HIV, such as education and work release programs.

Alabama and South Carolina: What are you waiting for?