Prison privatization lawsuit to be heard. 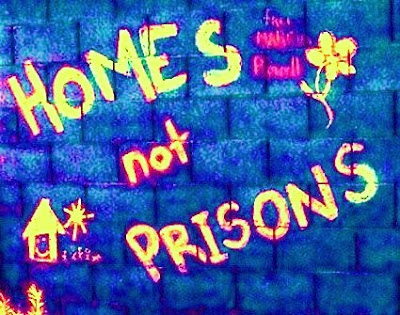 PHOENIX - A court hearing is scheduled Friday on a request to block Arizona's planned award of contracts for 5,000 additional private prison beds authorized under a 2009 state law.

A Maricopa County Superior Court judge will consider a Quaker group's request for a preliminary injunction. The group is citing security concerns, including three inmates' escape from a private prison last year.

The judge previously turned down the American Friends Service Committee's request for a temporary restraining order, ruling that the group hadn't proven that irreparable harm would result.

The group's lawsuit says the state shouldn't be allowed to award new contracts because the Department of Corrections hasn't completed a study required by state law for the evaluation of private prison services.

The department is now working on that study.

Posted by Margaret Jean Plews at 8:40 AM