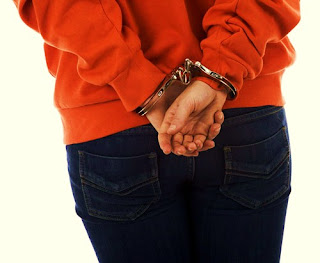 Excellent article; sad story. Wrongful conviction is all too common, and justice for the innocent is not common enough...witness what happened to Courtney Bisbee.

OGDEN — She has spent 17 years sitting behind bars, and all Debra Brown really wants is a bicycle.

On Monday, an Ogden judge found the Logan woman — who has been in prison for murder since 1995 — "factually innocent."

"The court now determines by clear and convincing evidence that (Debra Brown) did not engage in the conduct for which she was convicted and is, therefore, factually innocent of the aggravated murder of Lael Brown," 2nd District Judge Michael DiReda wrote in a decision released Monday.

And when Debra Brown is released, her brother Dave Scott will be waiting. She wrote to him from prison some time ago about a dream she'd had in which she was riding a nice, expensive bicycle. Her brother spent a couple of years looking for the exact bike she had described.

"Her bike is ready, and as soon as I get the word, I'll head that way," Scott said.

The judge's decision came after a first-of-its-kind evidentiary hearing that spanned six days during which attorneys presented evidence to show that Brown, 53, could not have murdered Lael Brown, her boss and friend, in 1993.

Debra Brown's daughter, Alana Williams, was so emotional upon hearing the news Monday that she had to speak through her tears. "I can't even tell you (how excited I am)," she said.

Debra Brown was charged months later and convicted by a jury in 1995.

The woman long defended her innocence, and in 2002 the Rocky Mountain Innocence Project began an investigation into her case, which culminated in the hearing to determine whether Debra Brown was, in fact, innocent. The team of attorneys that championed her cause went to tell her the news in person Monday.

"She was overwhelmed," attorney Alan Sullivan said. "She was emotionally overwhelmed and very grateful for this ruling."

The woman who has been described as "extremely strong" and "inherently happy" was so excited, hugging attorneys and trying to lift them in the air, that Sullivan said she had to be told to sit down.

"It was too much for her," he said, noting that the woman saw the opportunity to tell her side of the story to a judge as liberation enough.

But Debra Brown's case carries a precedent far beyond her own case. Hers was the first factual-innocence case to be filed after a 2008 change in state statute that allows for such a hearing when new evidence in a case — even if it is not DNA evidence — is found.

Katie Monroe, executive director of the Rocky Mountain Innocence Project, said Utah is one of only a few states that allows for a determination of innocence without DNA evidence. She said data suggests as many as 3 to 5 percent of those convicted on felony rape and murder charges are innocent, a statistic she called "conservative."

"This is incredibly important to our work because the majority of cases with people who are innocent and in prison don't have DNA evidence," she said.

For DiReda, the deciding issue was Lael Brown's time of death and Debra Brown's alibi. During Debra Brown's trial, prosecutors had argued that Lael Brown had been killed the morning of Nov. 6, 1993 — a Saturday — and a full day before his body was discovered. Debra Brown had no alibi for that morning.

Two new witnesses testified at the evidentiary hearing in March of this year that they saw Lael Brown alive that Saturday night, leading DiReda to determine that there is clear and convincing evidence that Lael Brown was still alive Saturday morning, the one time when Debra Brown would not have had an alibi. The judge said, based on testimony given by the medical examiner, that it was most likely Lael Brown actually died sometime between 9 p.m. Saturday and 3 a.m. Sunday.

DiReda wrote that the facts show that Debra Brown's whereabouts were "firmly established" from 10 a.m. Saturday through Sunday morning.

Under the factual-innocence statute, DiReda had to find that there was new evidence in Debra Brown's case that met the clear and convincing standard — not the legal innocence standard, which only requires that there be reasonable doubt.

Debra Brown's attorneys argued that their client had been convicted on circumstantial evidence and that Logan police failed to follow other leads in the case. That said, they say she continued to maintain a belief in the justice system.

"She believes in the process," Sullivan said.

The woman's family, which was characterized as "unwavering" in their support, said they had to believe that the same system that put Debra Brown behind bars would help her find a way out, Scott said. He said they also never once questioned whether or not his sister was innocent.

He said he hopes his sister's case gives hope to others in a similar situation. Those in her family and the attorneys who worked with her said she was the source of optimism throughout the process.

"My mom is the one who kept all of us going," her daughter Alana Williams said. "We rooted for her from day one, but she's strongest one out of all of us. We can't even say thank you enough."

Both Williams and Scott had nothing but kind words for DiReda, who Scott said gave the family "a miracle" with his ruling.

"I'm just so grateful for Judge DiReda for his wisdom, his knowledge of the law and how he handled this because I knew he knew what needed to be done," Scott said.

An automatic five-day stay has been issued to allow the state to determine whether they will appeal the judge's decision. While he said he could not comment on the ruling, assistant attorney general Scott Reed said those in his office will be meeting with the "appropriate people" to determine what to do next.

If they choose to file an appeal in the five-day time frame, they will then have 30 days to formally file an appeal. The Logan Police Department will wait for the decision by the state and the Cache County Attorney's Office to determine what action, if any, to take next in the Lael Brown case, Assistant Logan Police Chief Jeff Curtis said.

"It's awful preliminary for us to make any kind of statement as to where we're going now until we can meet with the Cache County Attorneys Office," he said. "It's really in their court right now."

If there is no appeal, Monroe said Debra Brown will have her record expunged and will receive automatic monetary restitution. In 2008, the amount was $32,000 for each year spent in prison for up to 15 years.

Regardless, Monroe expressed her hope that Brown will be released as soon as the five-day stay expires on May 7.

"The state certainly has a right to appeal," Monroe said. "It wouldn't be unheard of, but we hope very much they choose not to."

Sullivan said he expects that even if the state should appeal, Brown will still be released for the time being. And her family will wait until the moment when they'll see Debra Brown as a free woman again.

"It's still kind of surreal," Alana Williams. "I still don't even know what to think until I can walk with her and say: 'She's out.' "

Posted by Margaret Jean Plews at 11:24 AM