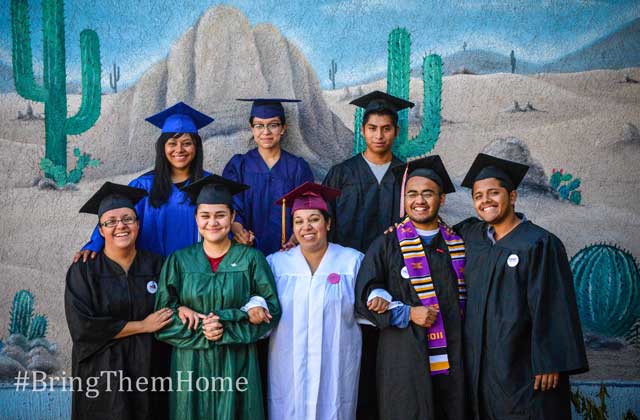 
Most of my advocacy for prisoners here is on behalf of those incarcerated at the AZ Departemnt of Corrections. I have a lot of conflicting feeling about the DREAM act and current versions of "immigration reform" - I think there's way too much emphasis on not only militarization of the border, but the commodification and militarization of migrant children, as well. Arizona is a hotbed of activity for private prisons warehousing immigrants, too - here's a story from one such place, Corrections Corporation of America's Eloy Detention Center in Pinal Cunty.

This hunger strike spreading is remarkable and heartening. Please help bring the DREAM 9 Home: follow this site  and hit this petition to support these youth in their struggle for liberty and justice. And stay tuned for more on Eloy Detention center, where activists have been regularly holding vigils... 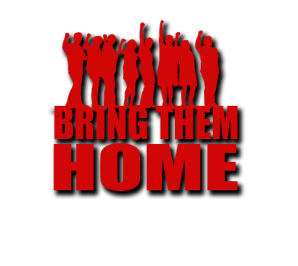 ‘A Girl Hanged Herself Here’

When the Dream 9 entered the Eloy Detention Center last week in Florence, Arizona, they planned to start organizing. That effort has now grown into a hunger strike protesting the conditions in one of the most notorious immigrant detention centers in the country—and a deportation machine that continues to remove more than 1,000 people per day out of the United States.

Shortly after arriving at Eloy, the Dream 9 say their phone use was unfairly restricted. In protest, they began a hunger strike—but six were placed in solitary confinement for their decision to do so. Most are back in the general population, but two remain. At the time of publication, 24-year-old Lulu Martinez and 22-year-old Maria Peniche have spent 104 out of the last 108 hours in complete isolation. Mohammad Abdollahi works with the National Immigrant Youth Alliance (NIYA), which organized the action that resulted in the Dream 9’s detention, and he remains in steady contact with the nine. He says that when Martinez and Peniche are brought out of their individual cells and into the yard once a day, they are shackled and interact only with guards.

But Martinez and Peniche aren’t the only ones facing horrid conditions at Eloy. Thesla Zenaida, who met the Dream 9 at Eloy and is now participating in a hunger strike along with other women detainees, explained in a phone call that a guard’s treatment at the detention facility drove a fellow detainee to suicide.


Look, a girl hanged herself. A girl was hanged here. [After] she was hanged, they didn’t want to take her body down. And for the same reason—because they treat us poorly. A guard treated her poorly, and that guard is still working here. They us like the worst dogs.

There were in fact two apparent suicides at Eloy in as many days in March of this year.

The NIYA’s presence at and near Eloy is also inspiring those on the outside with loved ones in detention as well. Jesus Magaña, 24, says that his sister Alejandra Pablos has been at Eloy for two years. Magaña says the 29-year-old had permanent residency after arriving to the U.S. at the age of two—but was picked up by authorities after two misdemeanor convictions. The vigils outside of Eloy have renewed his hope that his sister might be released. Pablos refuses to allow herself to be deported to Mexico because she has no family there, and is afraid what she’ll face in a country she doesn’t know.

Magaña returned from service in the Air Force one year ago, and recently moved from California to Arizona in order to be closer to his sister, whom he visits every weekend. He says he can’t imagine being separated from his sister, who has always supported him and wrote him for the four years he was on duty. “It’s like we were both deployed—she was in Eloy and I was in Kuwait,” says Magaña. “But they get treated worse here than I was in deployment.”

Magaña says that treatment includes humiliating remarks and the constant threat of solitary confinement. He adds that Pablos explained that she’s been told by guards that 70 women in various pods have joined the hunger strike—but that she was warned that if she did so, she would “face charges.”

The NIYA has started a campaign encouraging supporters to hold a one-day hunger strike in solidarity with the strikers inside Eloy.

A historic border crossing took place Monday, not under the cover of darkness or through a desert wilderness but in broad daylight near the Nogales border patrol station with thousands of supporters on the United States and Mexico sides cheering.

Nine people, all transnational activists working with the National Immigrant Youth Alliance (NIYA), are now being held at the Florence Detention Center in Arizona after petitioning to enter the U.S. on humanitarian grounds. This is the first time a group of longtime U.S. residents who are technically Mexican nationals have attempted to return to the states by petitioning for humanitarian parole. Monday’s action attracted more than 10,000 viewers from around the world who tuned into a Ustream live feed to see what would become of the so-called Dream 9....

go to COLORLINES for the rest...
Posted by Margaret Jean Plews at 4:34 PM