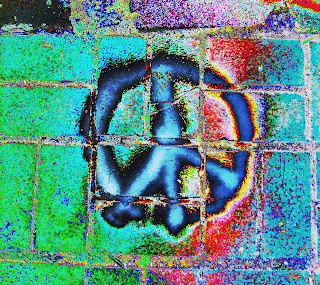 This is what's going down in California these days, folks. If prisoners want to reduce the violence or do anything at all about more supermax beds coming on-line, then prisoners themselves need to take control of the things that run their world. The guys in Cali have been trying to, at least, even locked down in the SHU...

To whom it may concern and all California Prisoners:

Greetings from the entire PBSP-SHU Short Corridor Hunger Strike Representatives. We are hereby presenting this mutual agreement on behalf of all racial groups here in the PBSP-SHU Corridor. Wherein, we have arrived at a mutual agreement concerning the following points:

1. If we really want to bring about substantive meaningful changes to the CDCR system in a manner beneficial to all solid individuals, who have never been broken by CDCR’s torture tactics intended to coerce one to become a state informant via debriefing, that now is the time to for us to collectively seize this moment in time, and put an end to more than 20-30 years of hostilities between our racial groups.

2. Therefore, beginning on October 10, 2012, all hostilities between our racial groups… in SHU, Ad-Seg, General Population, and County Jails, will officially cease. This means that from this date on, all racial group hostilities need to be at an end… and if personal issues arise between individuals, people need to do all they can to exhaust all diplomatic means to settle such disputes; do not allow personal, individual issues to escalate into racial group issues!!

3. We also want to warn those in the General Population that IGI will continue to plant undercover Sensitive Needs Yard (SNY) debriefer “inmates” amongst the solid GP prisoners with orders from IGI to be informers, snitches, rats, and obstructionists, in order to attempt to disrupt and undermine our collective groups’ mutual understanding on issues intended for our mutual causes [i.e., forcing CDCR to open up all GP main lines, and return to a rehabilitative-type system of meaningful programs/privileges, including lifer conjugal visits, etc. via peaceful protest activity/noncooperation e.g., hunger strike, no labor, etc. etc.]. People need to be aware and vigilant to such tactics, and refuse to allow such IGI inmate snitches to create chaos and reignite hostilities amongst our racial groups. We can no longer play into IGI, ISU, OCS, and SSU’s old manipulative divide and conquer tactics!!!

In conclusion, we must all hold strong to our mutual agreement from this point on and focus our time, attention, and energy on mutual causes beneficial to all of us [i.e., prisoners], and our best interests. We can no longer allow CDCR to use us against each other for their benefit!! Because the reality is that collectively, we are an empowered, mighty force, that can positively change this entire corrupt system into a system that actually benefits prisoners, and thereby, the public as a whole… and we simply cannot allow CDCR/CCPOA – Prison Guard’s Union, IGI, ISU, OCS, and SSU, to continue to get away with their constant form of progressive oppression and warehousing of tens of thousands of prisoners, including the 14,000 (+) plus prisoners held in solitary confinement torture chambers [i.e. SHU/Ad-Seg Units], for decades!!!


And the Representatives Body:

[NOTE: All names and the statement must be verbatim when used & posted on any website or media, or non-media, publications]


And while we're on the subject of prisoner resistance: For those who have never read it, the best story of a prisoner takeover is here: When The Prisoners Ran Walpole. From the South End Press website:

"In 1971, Attica’s prison yard massacre shocked the public, prisoners, and political leaders across the United States. Massachusetts residents pledged to prevent such slaughter from ever happening there, and the governor agreed. Thus began a move for reform that eventually led to the prisoners at Walpole’s Massachusetts Correctional Institute winning control of its day-to-day operations.

When the Prisoners Ran Walpole brings this vital history to life, revealing what can happen when there is public will for change and trust that the incarcerated can achieve it. In the months before they took over running the maximum-security facility in 1973, prisoners and outside advocates created programs that sent more prisoners home for good, slowing the turn of the famous revolving door by 23 percent and decreasing Walpole’s population by 15 percent.

When guards protested the changes they saw as choking their livelihoods, finally refusing to run the prison, the prisoners stepped ably into the void—and all-out peace ensued. They shrank the murder rate from the highest in the country to zero. Even more significantly, they worked hard to bury racial antagonism and longstanding feuds so even “lifers” with no hope of going home could find ways to live together, learn, and grow—to regain, finally, the humanity that the system intended to squash.

Critical to the work of prison abolitionists and transitional reformists alike, this groundbreaking history offers a real-life example of a prison solution many see only as theoretical. It not only reminds us why people seek to make prisons obsolete, but also recalls a time when we were much closer to these abolitionist goals.

Jamie Bissonette, co-director of an AFSC (American Friends Service Committee) Criminal Justice Program, wrote her inspiring account with the aid of the complete archives and interviews bestowed to her by the prisoners, outside advocates, and policymakers who created this remarkable history."
Posted by Margaret Jean Plews at 7:27 AM