The long way home: Catching up to Davon Acklin.

Some of you may recall Davon Acklin, the Arizona state prisoner who let us use him as a poster child when his mom, Julie, was fighting to get him treatment for Hepatitis C. I corresponded with him for a year while he was in Tucson prison, and had the wonderful experience of greeting him with his family as he was freed this spring. Then my own life fell apart and we lost touch.

Today I saw Davon for the first time since the day he headed home. Sadly, it was to visit him at the 4th Avenue Jail. He's facing at least four felony charges, and - needless to say - violated his probation. He's going away for a long time this time; it may be more than ten years before we see him walk free again...except that he was once a free man in prison. I keep telling myself that, hoping that wherever he lands he can find himself again - what's he's been wearing lately are the worst kind of chains, anyway.

I still don't know just what happened over the course of the past five months, and will leave that story for him to tell when he's ready. I can say, though, that when I saw Davon today he was calm, rational, and appropriately remorseful for hurting those who love and believed in him. He reports that he's getting his psych meds, at least; the place is just a miserable place to be, and he's sick as a dog right now. I suspect he's going through withdrawal. He denied being suicidal, expressed appreciation for those who have tried to help him, and apologized "for being such a fuck-up". I tried to reaffirm that some folks still haven't bailed on him, and that his mom isn't about to give up.

Despite his effort to begin to make amends, I don't think Davon has any idea of how badly he really hurt people this time - I'm figuring out just how to tell him, though. The hurting from this binge has only just begun, too. He didn't just break Julie's heart and devastate his sister, he invited violence into his family's home that may not leave with him when he goes. He compromised the fight to overcome all the barriers to getting Hep C treatment for people with psychiatric disorders and addictions by giving the state a reason to say "I told you so." He may lose his own battle to get interferon now. His mother may well have to recover his body from prison, or see him buried there.

Davon is not responsible for having a mental illness, or even for being an addict any more so than if he had diabetes. He is responsible for his recovery, though, and made decisions when he was well that compromised his ability to make good choices in a very short period of time. Whether or not he was competent at the time he committed the crimes he's accused of is for him and the courts to work out - we didn't discuss any of that. Today he seems to be in his right mind, though - and almost relieved at the prospect of going back to prison. I think he copped out on us all early on, frankly, and I'm mad as hell at him. I'm also angry that I wasn't able to be there for him when he came home myself, though. There were a lot of things I had wanted to share with him, and before I knew it he was gone again. I know it's my egocentricity that makes me think I might have changed this outcome had I been more present for him upon his release; I wish I had been, though.

I never really expected a fairy tale ending to Davon's relationship with the criminal justice system. He grew up in it - he even accidentally referred to returning to prison as going "home". There's absolutely no meaningful treatment or rehab in prison for the vast majority of dually-diagnosed young men like Davon - or for the women, for that matter. He had a lot of good community support - the probation department was awesome, I guess - but few new tools for coping with stress and expectations when he got out. That's not to excuse him from what he needs to own here, but that's the way it is for far too many prisoners I see who have cycled through the system more than once, so I think there's more at work than just Davon's pathology here.

This isn't the end of this young man's story or his struggle to keep from succumbing to either despair or Hep C - nor is his life yet over. In recovery from addictive disorders - especially for those with mental illness as well - relapse is common, and is often so much worse than before because one has to be sicker in order to go back into denial. But Davon doesn't necessarily forget what he learned before - he matured once, and can continue in that direction wherever he lands. Even in prison he can be a positive influence in the lives of others, if he's given the right support so he's able to make informed and capable decisions. Psychiatric disability or not - in prison or at home - Davon can still choose what kind of human being to be. Only when he surrenders that will I believe he's really lost his freedom.

Anyway, I'll let you know when he moves, but will otherwise be giving Davon and his family a break from my blogs while they sort things out. If you've been a correspondent of his, I think it would help him to know that even in back prison he's accountable to his fellow beings for his behavior and commitments. You can trust his mom and I to kick his ass over this, so to speak, but feel free to do so as well if you've been hurt, too. Just try to keep a door open for him if you can; he should be safe, but he really doesn't deserve exile. He needs to make amends and reconcile with not only his family but the community that supported him in order to grow and reduce the chances of this happening again. 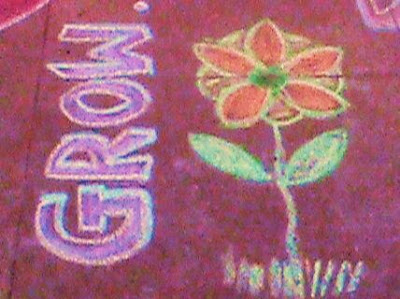