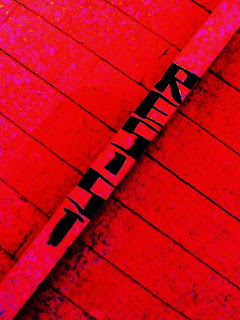 This popped up in the Huffington Post blogs...just a little background to the WalMart / Martori Farms relationship with prison labor.

"I Ain't Gonna Work On Martori's Farm No More"

For the past 20 years, Wal-Mart has fed its stores with agricultural produce from a company called Martori Farms. According to Hoover's profile of the company, Martori is "a fruit and vegetable grower, packer, shipper, and wholesaler and is the largest commercial agricultural company in Arizona.

The agra business was "hand-picked" by Wal-Mart, and in 2007, the giant retailer showcased Martori Farms as part of its "Salute To America's Farmers" program. The Martori farm operations took seed in the 1930s Arizona soil, later specializing in melons and broccoli. The company today has 3 major locations in Arizona, and one site in California. One of its holdings contains more than 15,000 arcres of farmland.

But new allegations about the use of prison labor at the Scottsdale, Arizona-based Martori Farms could blight the fruitful relationship between the retailer and the farmer.

For almost 20 years, Wal-Mart has had a clear policy forbidding the use of prison labor by its vendors. "Since 1992 Wal-Mart has required its supplier-partners to comply with a stringent code of conduct," Wal-Mart said in a 1997 press statement. "This code requires factories producing merchandise for Wal-Mart to be automatically denied manufacturing certification if inspections reveal...evidence of forced or prison labor."

The Arizona Department of Corrections (ADC) has supplied prisoner labor for private agricultural businesses for almost 20 years. For at least the last four years, the state of Arizona has fined employers who knowingly hire undocumented workers. Farmers responded by calling up the ADC for workers. "We are contacted almost daily by different companies needing labor," the manager of the business development unit of Arizona Correctional Industries (ACI) told the Christian Science Monitor in 2007. "Maybe it was labor that was undocumented before, and they don't want to take the risk anymore because of possible consequences, so they are looking to inmate labor as a possible alternative.

One of those businesses that turned to prison labor was Wal-Mart's vendor, Martori Farms. According to a disturbing story published June 24th by Truth-Out.org, Martori Farms "pays its imprisoned laborers two dollars per hour, not including the travel time to and from the farm." Women from the Arizona state prison complex at Perryville Unit are assigned to work at Martori Farms." Arizona law requires that all able bodied inmates work.

One of the women prisoners at Martori Farms told Truth-Out: "We work eight hours regardless of conditions .... We work in the fields hoeing weeds and thinning plants ... Currently we are forced to work in the blazing sun for eight hours. We run out of water several times a day. We ran out of sunscreen several times a week. They don't check medical backgrounds or ages before they pull women for these jobs. Many of us cannot do it! If we stop working and sit on the bus or even just take an unauthorized break we get a MAJOR ticket which takes away our 'good time'!!! We are told we get 'two' 15 minute breaks and a half hour lunch like a normal job but it's more like 10 minutes and 20 minutes. They constantly yell at us we are too slow and to speed up because we are costing $150 an acre in labor and that's not acceptable... In addition, the prison has sent women to work on the farms regardless of their medical conditions."

Wal-Mart's focus on labor conditions has basically been in Third World producer nations, not on domestic shores. In 1997, Wal-Mart wrote: "The issue of global sourcing and factory conditions is very important to Wal-Mart and to our suppliers. Since 1992, we have spent enormous amounts of time and money to assure compliance with our standards and there has been much improvement."

Yet here in America, prisoners are working under intolerable conditions picking produce for Wal-Mart superstores. In its Standards for Suppliers, Wal-Mart acknowledges that "the conduct of Wal-Mart's suppliers can be attributed to Wal-Mart and its reputation." If for no other reason than to protect its reputation, Wal-Mart should take immediate action against Martori Farms. Such actions should include:

1. an unannounced inspection of working conditions at Martori Farms by an independent auditor

2. enforcement of the Wal-Mart's own Conditions for Employment, including fair compensation of wages and benefits which are in compliance with the local and national laws, reasonable employee work hours in compliance with local standards, with employees not working in excess of the statutory requirements without proper compensation as required by applicable law.

As long as Wal-Mart allows Martori Farms to exploit its prison workers, Wal-Mart is complicit in the scheme. This arrangement violates the company's ethical sourcing standards. Such working conditions are not right in Sri Lanka, not right in Bangladesh, and they are not right in Scottsdale Arizona either.

The next time you squeeze a melon at Wal-Mart, think about the prison farmworkers who got squeezed to produce it.

Wal-Mart's Global Ethics Office can be emailed at ethics@wal-mart.com.

Al Norman is the founder of Sprawl-Busters, and is the author of organizer's classic big box story, Slam-DunkingWal-Mart. 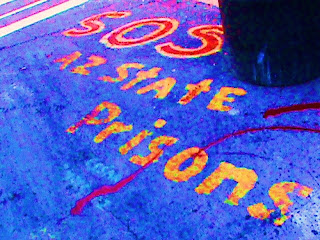