The Struggle Ain't Over: Ikemba from Ely State Max.

Thank you, Mary and the SF Bay View, for bringing us Ikemba, for shining some light on Ely, Nevada, and for all you do throughout the year to embrace our prisoners and families as part of the larger community- it makes all the difference in the world.

Peace and Blessings for the New Year to You All.

And to you, Marritte, my brilliant comrade, and your brothers in Ely, and your sisters raising hell on the internet. You got it right: this struggle is far from over. Thank God we aren't in it alone.

Those of you with friends and family in prison: cut, paste, and print Ikemba's letter (from here or the original article it links to), and send it far and wide. Get it inside.


The struggle ain’t over

So long as millions are forced to live like this in the , many of them our best and brightest who could be leading us to freedom and justice, the struggle ain’t over.

Every day I see it, from the block to the college campus, on the idiot box (TV) and in the music. “My president is Black, my Lambo is blue, and I’ll be god damned if my rims ain’t too.” OK and I’m diggin’ this renewed sense of community as well, brought on by a Black man in the White House – especially one of Mr. Obama’s background, which is a step forward for all Americans to take pride in.

But the struggle ain’t over. Those who’ve given in to the euphoria of the moment need only speak with young people in the hood. Try telling them how far we’ve come from the lynchings, trained attack dogs, our leaders murdered and shut up in these pens on trumped up charges. Those youngsters will tell you that’s the same shit they see every day.

One Time just smoked a brotha at a liquor store last week. And their mothers and fathers are in the pen right now for some shit they didn’t do. Check what’s happening in the prisons throughout the country. The criminalization of religions identified primarily with people of color, and all of our true teachers and s/heroes from the slave rebellions on up to the civil rights era – we get slammed in the hole just for speaking their names.

Stanley Tookie Williams, who through his writing from San Quentin’s death row, had, he said, “redeemed” himself and become a hero to young people, was nevertheless executed by Gov. Schwarzenegger – once his rival as a body builder – because he had dedicated one of his books to George Jackson, among many other Black heroes.

Here at Ely State Max in , they’ve removed all Islamic literature from the library. But you can read up on witches and warlocks all day. No shit! And here it is I’ve never been part of a gang, but I am labelled a gang leader for teaching these young brothers about the history of struggle and rebellion against oppression among our people in who our true teachers and leaders were: men and women like Marcus, Malcolm, Assata, Huey and George.

Back in , the Terminator said it all when he gave the OK to murder Bro. Tookie, condemning him for acknowledging his teachers who helped to redeem him as a man, transforming himself from a destructive force in the community to a positive force for peace and unity. The fact Mr. Obama felt he had to bite his tongue and apologize for being critical of the police who unlawfully arrested his friend, Professor Gates.

It’s all testimony to the fact: The struggle ain’t over. We must understand the momentum of this feel-good moment will not carry us – just as MLK needed Malcolm X for people to know what the alternatives would be if people of color in this country were not given their civil rights...

We need that same warrior spirit now – which is why even though I retired my G-hand long ago to push for peaceful means of change and working together, I refuse to repress or hide my anger at the brutality and barbarism I see every day, a lot of it taking place in our name. And I will not condemn the young Gs out there who carry that spirit of rebellion, or who maybe feel the way Bro. Lovelle did when he held court in the street.

These are not monsters; these are young men who have been failed and betrayed by a corrupt system that doesn’t work.

It troubles me so many people actually believe somehow racism died upon the election of a Black president. But these courts are still falsely convicting and excessively sentencing Blacks and Browns by the thousands, the prisons are still implementing these archaic policies to strip us of our strength and humanity, the police are still murdering us like wild animals in the streets.

And the government’s foreign policies dealing with nations of color are still as racist as ever. They ignore the plight of our friends and neighbors, Haiti and South America, living in extreme poverty, while pursuing the mythical terrorists in Iraq and Afghanistan – sending these unmanned drones to drop 200-pound bombs on the heads of innocent women and children, that are ironically navigated from a joystick right here in Nevada.

Shit, we still got judges in this country who refuse to marry interracial couples. And it is troubling still to hear some Whites speak as if Blacks and Browns owe them something for electing a Black president and allowing us to put a on the Supreme Court. As if these things were given to us as a gift from the goodness of their hearts, rather than won from the blood and sacrifice of our own. 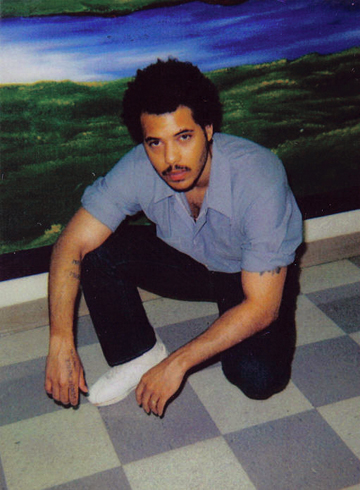 Ikemba, aka Marritte Funches, is legendary in Nevada prisons
as a beloved teacher and has long been a friend and supporter
of the Bay View.

That’s how you know the struggle ain’t over. Nothing in the history of has ever been given to people of color. And, truth be told, the future of this country depends on us – on our efforts to bring from under the shadows of its past.

But we as a country must shake off the fog and understand there are no magic bullets or symbolisms that can kill the stink of racism in . We must continue to be conscious and work together to remove the flaws in our system that foster the divides of race, class, gender etc. We must clean up the courts, reform the prisons and bring personal accountability to the police departments, so that if a cop kills an innocent civilian, uses excessive force or lies to falsely incarcerate someone or cover up a mistake, they’ll be prosecuted just like anyone else.


There are no magic bullets or symbolisms that can kill the stink of racism in .

Maybe when we do this, and we as a country have learned to reconcile our past, not only in our minds and monuments, but in our schools and textbooks, when politicians are no longer allowed to be bribed or bought off, when health care and higher education are respected as rights rather than privileges for rich people, then real progress can be claimed. But for now, the struggle ain’t over.

Send this brave and brilliant soldier in the struggle some love and light: Ikemba S. Mutulu, s/n Marritte Funches, #37050, P.O. Box 1989, Ely, NV 89301, and check out his work on the August Initiative at Augustinitiative.org.

Posted by Prison Abolitionist at 6:44 AM