I arrived at the PUENTE encampment Tuesday night just after the cops raided it - they waited until after the 10pm news was over and most witnesses had gone home, then shut down all the streets in the vicinity of ICE beofre moving in. There were still about 50 uniformed cops packing up the tents and other property (apparently being organized/directed by Sgt Mark Schweikert - he and his Red Squad were there, doing their dirty work). It was overkill, dear taxpayers. 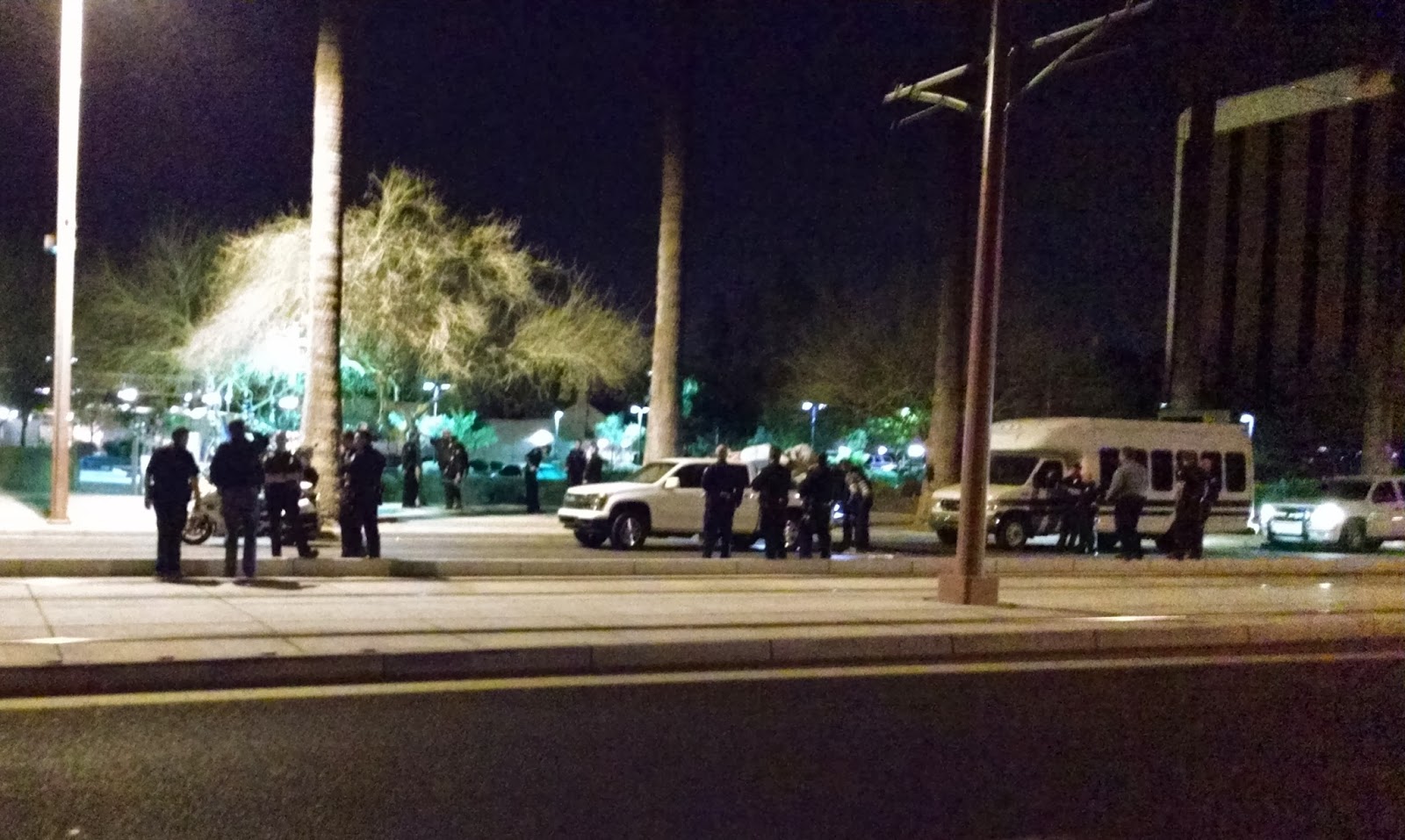 I was particularly troubled to hear these two supporters' accounts of the raid. I hope the Phoenix Police are held to account for their violence.


PUENTE hunger strikers continue their vigil outside of ICE today, sans the tents. The Phoneix Police have done what they can to harass organizers and hunger strikers since the raid - following them to their homes, circling PUENTE's office in their cars, and taking photos of people supporting the strike at ICE. PUENTE members refuse to be intimidated into the shadows.

Please support their efforts by calling ICE to ask that their loved ones be released. One young hunger striking prisoner - Jose Valdez' son, Jaime, has been deported as punishment for his protest already. Other prisoners joining in this effort have been placed in solitary confinement.

The arrests follow several days of threats from the Phoenix PD to evict hunger strikers exercising their right to peacefully assemble.  The group has been fasting since last Monday, President’s Day, in order to demand that ICE free their loved ones from detention and that President Obama take immediate action to halt deportations.

One of the hunger strikers, Jose Valdez, received a phone call from his son, Jaime, in Eloy Detention Center this evening, alerting him that ICE is planning to deport Jaime tonight as retaliation for participating in the hunger strike and organizing to stop his deportation and secure his release.  Jaime has an appeal pending with the 9th Circuit, and is therefore being illegally and unjustly deported before his immigration case has concluded.