Please support the hunger strikers by calling to have their loved ones released:

Call Eloy at 520-466-4141 x 23200 ask for the warden's office to demand that the hunger strikers be released from solitary confinement, and that CCA recommend to ICE they be released from detention altogether:

If you're in Phoenix, pay close attention to what's going down at ICE (2035 n central Phoenix), even try to make your support known there today - the cops have threatened to arrest people if they don't clear out. The hunger strikers and their supporters have every intention of staying, so this will be a show-down. Prepare to do some jail support, next. 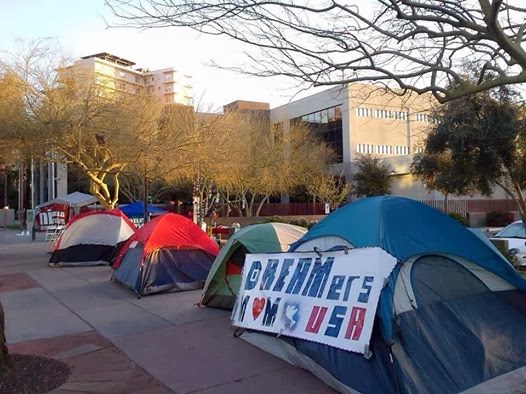 CIVIL DISOBEDIENCE: Defying the anti-camping ordinance in the City of Phoenix.
PUENTE's Encampment at ICE,  as day 6 dawns.
Photo by PUENTE

Monday marks the seventh day on hunger strike for six families with loved ones in detention in the Eloy Detention Center.  Since they began their fast on President's Day, they've received countless visitors at their encampment in front of the Phoenix ICE field office, including several hundred undocumented youth from the national United We Dream Network, pledging their support.

Yesterday, Sunday February 23rd, the hunger strikers travelled to Eloy to hold vigil outside of the Eloy Detention Center, in order to draw attention to what their loved ones are facing inside.  (see attached photos) Lourdes Hernandez, whose husband has been detained in Eloy for over 1 year after being racially profiled by the Phoenix Police Departmemt, says, "Without my husband home, my whole family has suffered.  My 20-year-old daughter has dropped out of school and taken two jobs to support us.  We are here to send strength to my husband and all the rest of the detainees to keep their hope alive: we will continue to fight until they are home with us."

By the end of their first week, the hunger strike by those within the detention center had reportedly spread throughout the facility prompting Corrections Corporation of America, the private company that runs the facility, to retaliate against the fasters by placing them in solitary confinement.  Despite multiple phone calls expressing concern for the detainees, the company reportedly has placed nine of them in "the hole" as a disciplinary measure to prevent further participation in the hunger strike.

The detainees, some of whom have been in detention for over two years, are seeking their release so that they can fight their deportation orders from the outside instead of from continued incarceration in the hazardous conditions of the CCA facility.

To schedule interviews with hunger strikers, please call Caroline at 510-501-7276


All photos by Barni Axmed Qaasim 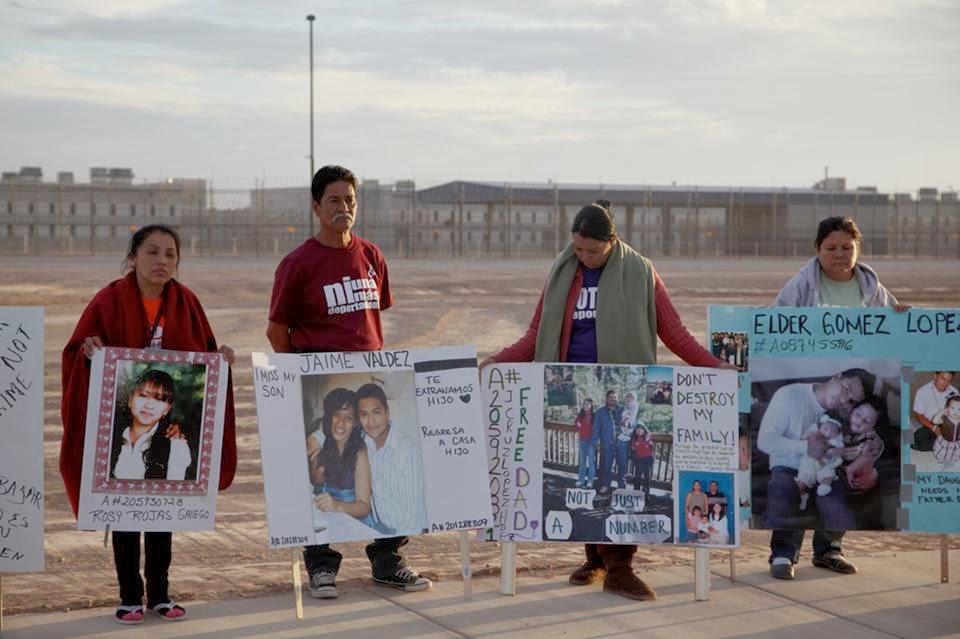 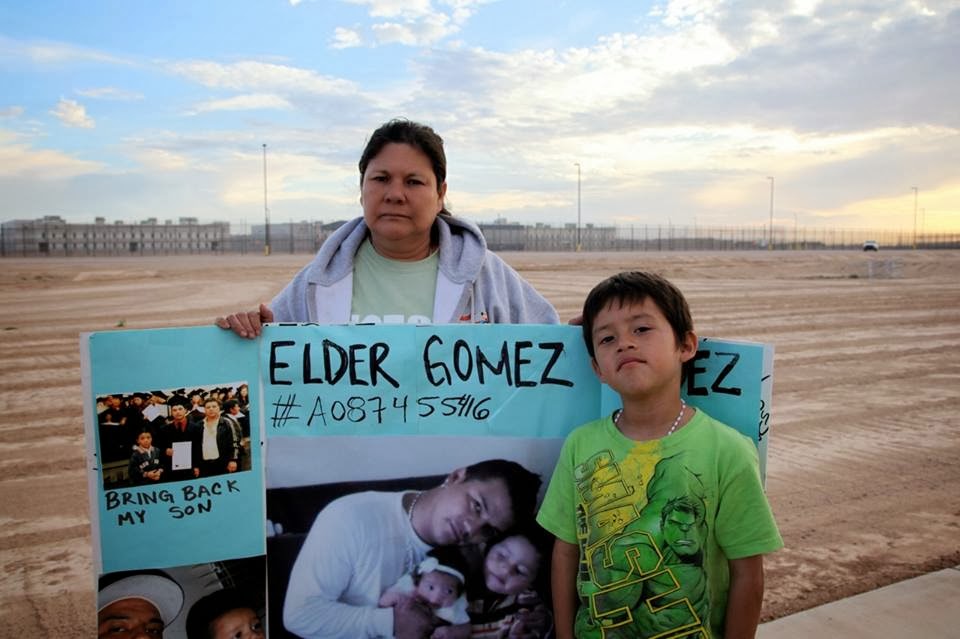 Photo 2: Anselma Lopez and her granson
Posted by Margaret Jean Plews at 3:07 PM