Glad to see that Coconino County is working creatively with the children of incarcerated parents, and trying to help them keep their family units connected. Here's a good New York Times article giving some background on why it's so important to attend to these kids' needs - and why we must decarcerate our nation as rapidly as possible...

The STARS Mentoring Program in AZ has some excellent resources for caregivers here.

There's also a manual for caregivers of children with incarcerated parents:
Arizona Family Members Behind Bars 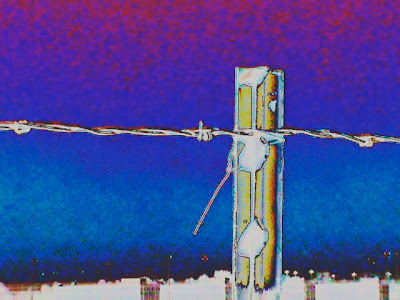 On a recent day, 45-year-old Liz Minor sits in the shade outside a coffeehouse in Flagstaff, enjoying icy drinks with her two sons. She relishes this ordinary moment, considering that just a few years ago, their time together was limited to a prison visiting room, separated by shatterproof glass.

"I wore lipstick because it leaves marks," Minor says. "So when your kids are there and they're telling you it's over ... you see windows just marked up with lips because you want to kiss your babies goodbye and you can't."

Minor's youngest son, A.J., was only 7 years old when his mom began serving a sentence for manslaughter. Now 18, A.J. recalls a very different memory of visits with his mom.

"They always used to make us ... take off our shoes and open up shirts and stuff," A.J. says. "They would pat us down, and our pockets had to be turned out."

During his mom's absence, A.J. was raised by several family members because his father was also in prison, serving a life sentence. It was tough for A.J.

"I did have a lot of suicidal tendencies," he says. "It really sucked to have to go through that when you're 8, 9, 10 years old, and you're thinking about going into your room and killing yourself. It's not a cool deal at all."

Instead of taking his life, however, A.J. took action. At 15, he joined a fledgling task force in Coconino County, Ariz. The group's goal was to keep kids connected with their parents in prison. That's where he met Beth Tucker, one of the group's organizers.

"Our population of children and families is different than the state as a whole in that we have such great distances for our rural areas," Tucker says. "They're traveling hundreds and hundreds of miles to visit a parent."

Tucker says 1 of every 28 children in Coconino County has a parent in prison. Some kids, like A.J., experience the trauma of being present during their parent's arrest. Others, Tucker says, can end up on the street, fearful they'll land in foster care or in the custody of Child Protective Services.

"We know that oftentimes when a parent is arrested, they will not reveal that they have children," she says. "They're afraid they're going to lose that child."

That's why law enforcement officers are now being trained to look for signs of children at the time of a person's arrest: toys, car seats and backpacks, for instance. Another major step is that the county is installing a Skype-like video visitation system. Lt. Matt Figueroa with the Coconino County Sheriff's Office is helping set it up.

Figueroa says it will also cut down on the trauma that many children experience having to go inside prison to visit a parent. That's heartening to kids like A.J. Minor, who says he would've liked something like this when his mom was in prison.

"A visit like that would actually keep a kid from running away, because they know that they can have a visit with their parent every couple of days. It's so much more nourishing," he says. "So for someone who's going through it right now, just hang on. You will be able to see them."

A.J. himself is trying to hang on, when it comes to seeing his own father. They haven't met face to face in 16 years.

Posted by Margaret Jean Plews at 8:52 AM