2008 Deaths in Custody: The Drowning of Jesse Garcia 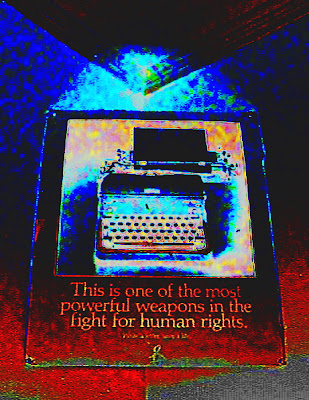 I received the following letter from a former AZ DOC officer this spring, who I also spoke to at some length. I have since verified that Jesse Garcia (43305), a prisoner from ASPC-Tucson/Manzanita, died on 12/31/08 at Kino Hospital . The cause of death was ultimately documented by the AZ DOC as being due to complications of emphysema, with a contributing factor of lung cancer.

I don't know why there is no record of Jesse Garcia's existence in the AZ DOC on-line database, but I obtained the record at the bottom of this post directly from the AZ DOC myself. In any case, this is the story of just how Jesse died. If anyone out there knows how to contact his family, please get this post to them and have them contact me (Peggy Plews) at arizonaprisonwatch@gmail.com or 480-580-6807.

Here’s my story, I pray that God will intervene where the justice system failed or just didn’t care about another dead inmate.


On 12-31-08 at 9:45 pm, Sgt R. Lopez briefed graveyard staff at ASPC-T-Manzanita Unit that an Inmate was in need of a breathing treatment.  He said that the inmate was a problem and just wanted attention.

When I arrived in Housing Unit 6 (Terminally Ill) Facility, I noticed inmate Jesse Garcia 43305 was sitting in a wheelchair in an awkward twisted position, struggling to breathe.  It appeared he had a blueish discoloration to his skin & tongue.  He was propped next to the officer’s desk, gasping for air and grabbing his chest.

I heard the Swingshift Officer trying to get inmate Garcia medical attention.  To no avail, Swingshift Officer informed me that Sgt. Lopez refused to transport Inmate Garcia to Rincon 9 for Medical attention.  He told me that Sgt. R. Lopez said that he has enough medication and that he was probably faking, besides it’s New Years Eve and he didn’t want to deal with the paperwork.

The Swingshift Officer also informed me that Inmate Garcia had four breathing treatments throughout the day and recently he ran out of albuterol.  With medical a no show, (we) myself & SPA-Porter assisted Inmate Garcia to his bed with aid of an oxygen machine.  Throughout the night Inmate Garcia was having difficulty breathing.

At approximately 1:30am I witnessed Inmate Garcia wheel himself down the hallway to the medical doors.  He appeared panicking and was in distress.  His wheelchair was pinned up against the medical doors.  He was twisting back & forth with his eyes bulging and his tongue protruding out of his mouth.  He was desperately clawing at the doors trying to pry them open.  He appeared he was unable to breathe.  He was desperately clawing at the doors, his finger tips appeared to have blood coming from them due to his desperate attempt to claw the doors open.

ICS was initiated and Inmate Garcia was violently twisting gasping for air while his head was banging against the medical door attempting to breathe.  Inmate Garcia then turned towards me violently grabbing at my uniform shirt with fear and desperation.  I asked Inmate Garcia what he needed.  He tried to say medicine in Spanish.

Myself & SPA Porter attempted to remove Inmate Garcia from his wheelchair and place him on the floor.  We placed a laundry bag under his head so he would not suffer any head trauma.  The video operator was on site and Sgt. Lopez arrived later.  He was contacting Rincon Medical to advise them of a transport.  I told Sgt. Lopez that the inmate needed to go to St. Mary’s Hospital.  With lack of empathy he sarcastically refused and said he was going to Rincon 9.

At that instant Inmate Garcia managed to sit up and violently vomit blood & tissue.  Sgt. Lopez then requested an ambulance to transport Inmate Garcia to the hospital.  What seemed like a lifetime of vomiting blood, it appeared Inmate Garcia stopped breathing.  I guided his head to the floor where Inmate Garcia laid unresponsive his eyes appeared glazed with blood coming out of his nose and mouth he appeared not breathing.

Myself, the video operator & Sgt. Lopez appeared to be the only security in the unit with also 15 inmates.  I turned to Sgt. Lopez and I asked him to help me with CPR.  He yelled at me and stated, “I’m on the phone.”  I told him the inmate stopped breathing and I needed help with CPR.  Again he yelled “I’m on the F______ phone.”  I then turned to the video operator and asked her for assistance with CPR, noticing she was still video taping.  She refused.

I asked her for a mouth piece, at that moment another officer arrived on unit to assist me with CPR.  The officer was administering chest compressions I was trying to attempt rescue breathing. Due to the large amount of blood on the mouth shield I was provided with extra one and I continued to conduct rescue breathing until the Tucson Fire department arrived and relieved us with the CPR attempt and they continued until they were able to get a pulse.

A request was made by me for a blood sample & test of any HIV-AIDS-Hep viruses.  Due to the bodily fluid exposure I was provided medication to fight any viruses that entered the system.  The medication made me violently ill and I was out of work for over a week.  When I returned to work I was informed that Sgt. Lopez never requested a blood test.  I spoke with the Nurse Supervisor at Kino.  He stated there was never a request from any supervisor to get a blood test from deceased Inmate Garcia.

I was told by the COII (sp?) from our unit that Inmate Garcia was cremated because he had no family.  I was later informed by a Wardens assistant that Inmate Garcia did have family because they authorized the cremation.  I asked her what he died of, she informed me the death certificate stated cancer.

I would like the expose the truth.
Jesse Garcia 43305 suffocated and drowned in his own blood.  The incident was videotaped and his death was negligent and covered up.  His family needs to know the truth.  I’ve exhausted every option to reveal the truth.

Like all officers we swore an oath to protect the public, staff and inmates.  The cause of death was falsified.  In the yard office hung a ridiculous sign, “Inmates are students of our behavior!”  If that’s the case the inmate population has not chance of rehabilitation.