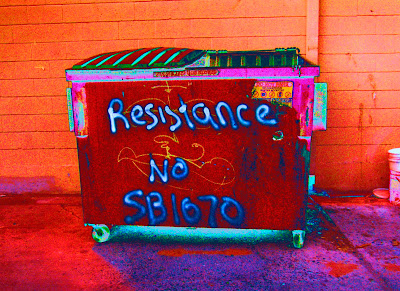 PHOENIX — A coalition of civil rights organizations today asked a federal district court to block implementation of the “show me your papers” provision of SB 1070, Arizona’s racial profiling law, until the court has had time to consider additional legal claims that the law is unconstitutional.


The civil rights organizations’ lawsuit includes evidence and claims that are not present in the federal government’s separate challenge to SB 1070, on which the U.S. Supreme Court issued a decision last month. In its decision, the Supreme Court struck down three other provisions of SB 1070. The Court noted potential constitutional problems with section 2(B), the “show me your papers” provision, but did not strike it down based on the evidence and claims that the federal government brought in its case. The Court noted, however, that other challenges could be brought against the section.


In their motion today, the civil rights groups contend that section 2(B) unlawfully discriminates against Latinos and individuals of Mexican origin. The groups present evidence that legislators who supported the law routinely used false “facts” and discriminatory language and that they intended section 2(B) to impose statewide the racial profiling tactics used by Sheriff Joe Arpaio of Maricopa County. The groups also introduced new evidence demonstrating that, if it is allowed to go into effect, section 2(B) will violate the U.S. Constitution’s Fourth Amendment and the well established principle, which the Supreme Court reaffirmed in last month’s decision, that federal immigration law preempts state immigration enforcement laws. Finally, the groups ask the district court to block a separate provision of SB 1070 that creates a state crime for “harboring” undocumented individuals, which the Supreme Court’s recent decision makes clear is unconstitutional.


“Assertions from politicians and law enforcement officials in Arizona that nothing will change once section 2(b) goes into effect are simply false,” said Alessandra Soler, executive director of the ACLU of Arizona.  “‘This provision requires that local agencies shift priorities to aggressively seek federal immigration violators, sending a clear message to Latinos that they are not welcome in Arizona. “

“Our Constitution protects us from state laws that intend to discriminate based on on the color of a person’s skin or her or his nationality,” said Karen Tumlin, managing attorney with the National Immigration Law Center. “The district court should block this hateful provision that threatens countless Arizonans’ basic right to live free from fear of harassment or prolonged detention.”


Police chiefs across the country have long concluded that section 2B could not be implemented in a race-neutral manner. Immigration experts agree that there is no way to determine immigration status based on external or physical characteristics and that police will end up using race and ethnicity to decide who could be in the country without authorization.

“In a state that’s more than 30 percent Latino, requiring police to act as immigration agents is an invitation to racial profiling on a massive scale” said Omar Jadwat, a senior staff attorney with the ACLU Immigrants’ Rights Project. “Police chiefs and communities know these laws don’t work, and we hope that the courts will continue to block them from going forward.”


“The ‘papers provision’ is unconstitutional and the people of Arizona should not be subject to this law for even a single day,” said Victor Viramontes, MALDEF National Senior Counsel. “This law would result in Latinos being illegally arrested and detained across Arizona.”


The coalition includes NILC, ACLU, MALDEF, the National Day Laborer Organizing Network, the ACLU of Arizona, the Asian Pacific American Legal Center and the Asian American Justice Center, both members of the Asian American Center for Advancing Justice, as well as the NAACP. The law firms of Munger, Tolles & Olson LLP, Altshuler Berzon LLP, and Roush, McCracken, Guerrero, Miller & Ortega are also acting as co-counsel in the case.