Many thanks to the AZ Republic for this report... Maybe if that $100 million of inmate programs' funds that Arpaio "misspent" had gone into improving services all along, some of the folks who have died there would have made it. 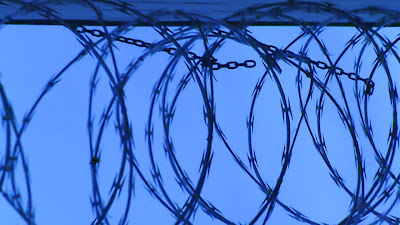 Her report, filed earlier this month as part of a long-standing lawsuit over jail conditions, is a setback for the county Board of Supervisors and the Sheriff's Office. For years, they have pledged to improve a taxpayer-funded health-care system used in county jails, where about 7,500 inmates are housed.

For years, the county has paid millions of dollars in legal fees, settlements and jury verdicts to inmates and their families for death and injury claims.

With a budget of $55 million, the county's Correctional Health Services oversees the delivery of care to inmates housed in the county's five jails and Tent City.

Jail-reform advocates first sued the county in 1977 to force changes, claiming inmates received substandard care. The court in 1981 issued guidelines for the county to follow, and the court has revisited the matter several times.

The 33-page audit by Kathryn Burns concluded that although the CHS has made substantial advances in a number of areas, serious issues persist, particularly within the Mental Health Unit through which thousands of inmates move annually.

The county received positive marks for its investments and improvements in staff training, inmate-health assessments and follow-up appointments.

It has increased the number of mental-health employees at Fourth Avenue Jail. Portions of health screenings during bookings are now electronic to better manage patient information. More group treatment is offered.

However, the audit also found continuing problems with inadequate or incomplete admission assessments on medical charts; premature inmate releases from treatment; discharges of detainees without discussion among staff; lack of continuity of care with outpatient providers; and inconsistent and poor quality of treatment within the Mental Health Unit.

The system is now "indefinitely delayed" because the county needs time to solve the technical problems involving integration of two separate technologies.

Some of those same problems were cited as reasons for the CHS' loss of accreditation in 2008, and a few even were noted as far back as 1977, when the lawsuit was first filed.

Experts say the loss of accreditation makes Maricopa County vulnerable in its defense of legal claims by current and former inmates and their families.

The accreditation comes from the National Commission on Correctional Health Care, an independent agency that assesses medical and mental-health care in jails and prisons.
Shield against suits

That accreditation gives jails and prisons a national seal of approval that can help defend them against lawsuits over inadequate care.

But the strengthened screening, she said, has led to a rise in the number of inmates deemed mentally ill, and that has increased demand on staff and resources. Noggle said the Mental Health Unit now admits 200 to 300 inmates a month.

"When you think about what we're doing on a daily basis, it's extraordinary," Noggle said. "We still have a ways to go, there's no doubt about it. It is an enormous challenge."

Burns' audit noted certain cases to highlight problems within the system. For example, it cited:

- Inadequate screening. An inmate previously had been booked into county jail nine times, and his records contained notes about his suicidal tendencies. The report alleges that staff did not notice those notes when the man was booked again last October. He committed suicide in jail in early December.

- Questionable treatment of inmates withdrawing from drugs and alcohol.

One Friday night last April, a pregnant woman who later tested positive for methamphetamine was booked into jail. Two days later, she demanded to go to the hospital. A nurse ordered Tylenol and sent the woman back to her housing unit. She gave birth to a baby boy in a bathroom of the Estrella Jail.

An inmate in the woman's housing unit said the woman "was in labor for several hours, but detention staff attributed her behavior to withdrawal and/or minimized her pain and discomfort and did not call or send her to medical (care) promptly."

Another inmate wrote that the woman was "in extreme pain and howling in the bathroom but not checked by detention staff."

- Unsanitary conditions. Despite periodic cleaning, cells in the Mental Health Unit had "floors, walls and windows appear grimy and stained with what appears to be dirt, feces and/or blood in some instances."

One mentally ill inmate refused to leave his cell for weeks. "When taken out for emergency treatment, his hair and feet were described as being matted with feces."

Members of the Board of Supervisors, ultimately charged with overseeing health care for inmates, said they were unaware of Burns' findings until contacted by a reporter. Staffers said they likely will be briefed on it next week.

Jim Bloom, chief of staff for Supervisor Andy Kunasek, concluded after reading the audit: "I think it's not so bad. In the past, I think we probably had a D. This report, I think, gets us closer to a C+ or a B-. We certainly have a ways to go, but we're committed to going there."

An Arizona Republic series in 2008 found the Board of Supervisors had failed to adequately respond to problems in the jail system despite having been told time and again through court documents, consultant reports and interviews that the CHS was providing inadequate care.

The CHS lost its accreditation as a result of the problems, and the county has paid millions of dollars in legal fees, settlements and jury verdicts to inmates and their families for death and injury claims against the county.

Burns' report was filed as part of the county's ongoing effort to get the Sheriff's Office and CHS out from under court-ordered oversight that began in 2008 after Judge Neil Wake ruled that conditions in the jails violated constitutional protections.

Since then, county lawyers and attorneys for the plaintiffs, who are affiliated with the American Civil Liberties Union's National Prison Project, have tried to develop a plan that would allow the jails to comply with Wake's ruling without the ongoing oversight.

Burns' audit tour was the first since that plan was put in place, and it was intended to gauge how far along the jails were on the path to compliance, said Eric Balaban, an attorney with the National Prison Project.

The plaintiffs' attorneys weren't expecting wholesale changes to be reflected in the jail system immediately, but they were hoping for fewer references to the same problems that have plagued the jails for decades, Balaban said.

"It's not unusual to take years to turn around a system that was essentially non-existent (at the time of Wake's ruling)," he said.

"We're concerned overall with the provision of health care. We're not going to get into ascribing bad motives to anyone involved here. We will continue to push the defendants as quickly as we possibly can to reach compliance with those markers."

The challenges are significant, Noggle said.

Budget-cutting at all levels of government has affected the CHS' funding.

And even as the county's jail population has declined in recent years, the number of inmates who are mentally ill or experiencing substance-abuse problems has increased, she said.

Many of those inmates have never, or only intermittently, sought medical help, making it more difficult to diagnose and treat them.

"The number of mentally ill in jails has skyrocketed . . . and the courts have made it very clear that if you're going to incarcerate people, you've got to provide the treatment," he said.

Posted by Margaret Jean Plews at 4:00 AM