I read this last night and wept. This thing is going after our kids with a vengeance. It's already bigger than AIDS. What's it going to take for us to step up the to fight with everything we've got? How will kids get help while they still have hope if they're too afraid of arrest?

We can't just keep throwing addicts into prison and leaving them to die there, but in America, chains and cages for our people seem to be all we're willing to invest our resources in. How is that either good public health policy or justice? 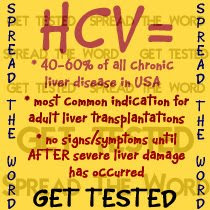 By Martha Bebinger
WBUR
Sep. 9, 2010, 6:27 AM
BOSTON — Heroin, a drug that claims nearly two lives in Massachusetts every day, killed a young woman in Cambridge late last month. She had just turned 18 when she overdosed alone in a bathroom.

“It was a real tragedy, it always is,” says Michael May, the outreach coordinator at Youth on Fire, a teen drop-in center in Cambridge. “She was really young, had been using for a long time and was a pretty key fixture in the community around here.”

May worked with the girl he can’t name and worries that the epidemic he fights every day is gaining steam.
“This summer has been very intense for heroin use in this area,” May says. “And we’ve been getting a lot of kids who, rather than a slow progression into injection drug use, have kind of jumped right into it.”

Needle Use On The Rise

This signals trouble for diseases transmitted through needles, which are also on the rise. The Department of Public Health says infection rates for Hepatitis C in 15- to 25-year-olds have almost doubled since 2002. But there’s no money in this year’s budget for Hep C prevention or to treat new patients.

Hepatitis C is passed through blood in needles, on cotton and on other equipment drug users share. It is 10 times more infectious through a needle stick than HIV. If untreated, Hep C inflames, scars and can ruin your liver.

Dan Church, an epidemiologist at the Department of Public Health, says a spike in Hep C among young heroin users is an urgent matter.

“It’s very alarming to see these numbers of cases with a disease that we really have not seen in this age group for quite some time.” So I think it’s very important that we start thinking about how we can prevent Hepatitis C and provide them education so they will not continue to transmit this disease unknowingly to other people,” Church says.

That is happening. Heroin users and counselors say Hep C is everywhere.

“Once I found out about Hep C, it was just like, yeah, everyone has Hep C,” says Gabe, a 23-year-old who fears arrest if he gives his last name. He started shooting heroin nine years ago but says he only uses occasionally these days.

Gabe does not have Hep C. He tries to keep a few clean needles on him as he moves between Boston and his other home base, Chicago, hopping freight trains, but it doesn’t always work out.

“I’ve definitely gone back and grabbed my old needles off the ground; I don’t know if someone used them, or somebody else’s got dropped there,” Gabe says.

“I generally kept them hidden in one spot but sometimes, you know…”

In Cambridge, and in the the state’s three other needle exchange programs, counselors work Hep C into their prevention talks even though state funding was eliminated this year. May, from Youth on Fire, has a list of precautions he urges users to take. But he knows they may not stick to them in the heat of the moment.

“If somebody’s in a hurry, if they’re sick, it’s just now, now, now,” May says, “and then after they get well is when the rational thinking comes back into play.”

What’s also scary, May says, is that many users aren’t too worried about Hep C.

Johnny, a 24-year-old who also won’t give his last name because he worries about being apprehended by police, sleeps in the woods and hangs out at “Youth on Fire” during the day. He has Hep C.

“It just makes you tired, that’s it. I mean, people can live with it for the rest of their lives right and not die,” he says.

Johnny may be able to manage Hep C with a good diet, rest and no drugs or alcohol. But even if he gets worse, he says he won’t seek treatment because “I heard it makes people really sick and it can kill you.”

Hepatitis C is difficult to treat. The drugs won’t kill but they can make patients feel like they have the flu on and off for six months to a year and are only effective in 30 to 40 percent of cases. But on the medical side, things may be looking up.

“We’re really on the dawn of a new era of treatment for Hep C,” says John Ward, director of the division of viral hepatitis at the Centers for Disease Control. “The drugs we have now aren’t specific for the virus.”
Ward says new drugs that are specific to Hep C could be on the market next year.

“When those [new drugs] come on, it will probably double the likelihood of being cleared of this virus and having to go through about half the weeks of treatment,” Ward says.

Ward is understandably excited about better treatment options. In addition to the new wave of young people infected with Hep C, one in 30 Baby Boomers have it, according to the CDC. They could have been infected through a blood transfusion if it occurred before 1992 or in a non-licensed tattoo parlor, but the main way people get Hep C is through intravenous drug use. Cynthia Jorgesen, who runs education and training programs at the CDC, says many people don’t want to recall a past that might have included Hep C.

“Because of that association with negative connotations,” she says, “a lot of people don’t assume they’re at risk because they’re not ‘one of those people.’ ”

Sixty-five to 75 percent of Baby Boomers who have Hep C don’t know it. Ward says that’s because “they call Hep C the silent epidemic. You can live for decades and don’t know you are infected. The liver doesn’t complain much until it is very, very ill. So you don’t get sick often until it’s too late to help the liver.”

The CDC says death rates are expected to triple in the next 10 to 20 years if the Boomers don’t find out they have Hep C before they get seriously ill.

Most health insurance plans cover a Hep C screening if there’s reason to think you need one. The Department of Public Health is hoping word about Hep C will spread faster than the virus until there’s money again for prevention and new treatment.
Posted by Margaret Jean Plews at 8:59 AM