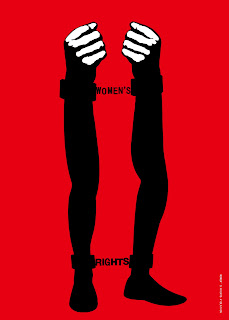 The following comment was posted to my earlier piece about conditions out at Perryville - this is specifically referencing San Pedro, which is supposed to be the "medical yard". The concerns enumerated by her are serious and chronic. There are elderly and frail women there, including women with AIDS, cancer, and a host of other illnesses and disabilities.


I can say with confidence that this woman's complaints aren't an exaggeration, nor are they unique to San Pedro (or even to Arizona). I also doubt that any of these issues were addressed when the women of Santa Cruz protested the recent lock-down. I've heard all these things from other women who were/are prisoners at Perryville - including two breast cancer survivors and one woman seeking a compassionate release who's now losing a battle with colon cancer (ironically, given the horrid conditions of her confinement, she was actually written up once for a "grooming violation").


Even the healthy women are at risk in that environment. The notion that people are "well taken care of" behind bars is a popular myth rooted in ignorance and self-serving politics that costs many vulnerable prisoners their lives. And no, they don't all "deserve" to be there in the first place - they certainly don't all need to be there for the sake of public safety - despite the absurd claim in the Fischer report that almost all of the ADC's prisoners are a danger to the rest of us (if you look at that link, check out Professor Mona Lynch's testimony in response, and note how Fischer doesn't differentiate between violent and repeat offenders for the legislature - they're just staving off budget cuts by preventing the early release of ANY prisoners, save a handful of "criminal aliens" the state had deported). My terminally ill friend is an example - she got 5 years from a Pinal County judge as a first time, non-violent offender on a controlled substances charge (she's an addict, of course). Hence the outrage of the author below about "bullshit charges" women are imprisoned for these days - our rate of incarceration has skyrocketed.


San Pedro is a minimum custody level yard - those are women who are low risk enough that they can move freely about the prison, share large dorm areas, and work in the community. When escorted outside of Perryville, they only need one guard to accompany them. So why do they need to be locked up at such an exorbitant expense at all? The average amount we pay per state prisoner in minimum custody in Arizona is about $21,500/year. That's more than twice what our federal government will afford for an elderly or disabled person in the community who is solely dependent on Supplemental Security Income (the state doesn't even supplement that).


Health care costs for prisoners are outrageous, but the quality of health care that prisoners get (if they get it at all) is worse than folks get on AHCCCS, believe it or not. Given that San Pedro is a "medical yard", the author's estimate of the cost of incarceration there may well be accurate, though - for some prisoners it's much higher. Once they finish doing their time (if they survive the experience), we're more than willing to leave them homeless, too, no matter how sick they may be. If they stay homeless too long on parole, they can get violated and thrown back in. That seems awfully twisted to me...


Thank you, to the former prisoner who took the time to send out this SOS for her sisters. She's absolutely right about women getting the worst deal in prison (most of the prisons are fire traps, but I don't hear nearly as much from the men about health hazards as I do from Perryville). Results will be hard to come by - God knows Middle Ground has been working on this for years - but if we can get some key legislators invested and build even a modicum of human rights' protections into Marcia's Law, it might help some of these conditions.


Please feel free to contact me - you or any other family members or former prisoners out there - if you want to work on these concerns with us. We need all the help and eyewitness testimony that we can get. My number is 480-580-6807; call anytime.

I want someone to fight for the women who are serving time in Perryville Prison. I just did a nine month stint on San Pedro Yard. The place is disgusting, none of the swamp coolers work, its 120 degrees in our cells. The K-9 dogs stays in cages in the air conditioning. We are treated like animals (worse than animals). The sewer systems on both yards over flow, right in front of the kitchens, YUCK! The swamp coolers are filled with pigeon poop, and we breathe that into our lungs. Every bathroom is covered with mold, the walls , the floors, the shower curtains. One of the kitchens on 8 yard has been condemed, and the prison is not supposed to house inmates in there. BUT THEY DO! As soon as the health inspectors come to check stuff out, they leave and they start housing girls back in there AGAIN!.

The medical services on San Pedro is a joke, more than one time I was told to take advil and drink alot of water, and I have blood clots, and fibromyalgia!!!! Ive Heard them tell the same exact thing to the girls right after they have a seizure! The prison is so over full that we are living in squaller, The smoking section is full of fleas, bugs, ROACHES. The Deputy Warden MUSE is useless, Im surprised she even has a job. IF we get lucky to have a community meeting, and ask her a question, she always puts it off on someone else, she is extremely rude, and inconsiderate. AND LLAAZZYY!!

San Pedro is supposed to be a medical yard and i have NEVER seen living conditions like that before.!, and Im not just taking someone elses word for it, I lived there. The prison is so broke , why do we continue to hold so many girls that they cant afford to take care of them. ITS your Tax money to hold girl in disgusting conditions, Why dont you let alot of them go home to there kids. Come on drug charges for there own personal use (GIVE ME A BREAK). It cost tax payers 30-40 thousand dollars a year to hold mothers, daughters, wifes sisters.... FOR SOME BULLSHIT CHARGES...... Dont any of you have better things to do with your money?

Push for the senate bill to lower the 85%, to the 65%, and Fire Deputy Muse, shes not doing one bit of good anyway. Illegal Immigrants had their 85% dropped down to 50%..... The Prison is condemned, and its filthy, if we were the men at the mens prison, wed riot for what we want, but because were women and were more passive , and we dont riot....WE GET THE SHITTY END OF THE DEAL!!!!!!!! HELP!!!!!HEALTH INSPECTORS ARE ALWAYS SHUTTING THINGS DOWN ON OUR YARD! we EAT DAYS OLD LUNCH MEAT EVERY SINGLE DAY FOR LUNCH! food poisoning is common!~