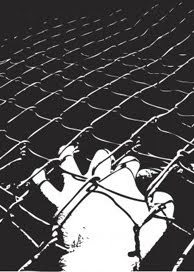 US Department of Justice/
National Institute of Corrections (April 2010)

Suicide continues to be a leading cause of death in jails across the country; the rate of suicide in county jails is estimated to be several times greater than that in the general population. In September 2006, the National Center on Institutions and Alternatives (NCIA) entered into a cooperative agreement with the National Institute of Corrections (NIC) to conduct a national study on jail suicide that would determine the extent and distribution of inmate suicides in local jails (i.e., city, county, and police department facilities) and also gather descriptive data on the demographic characteristics of each victim, characteristics of the incident, and characteristics of the jail facility that sustained the suicide.


The study, a followup to a similar national survey that NCIA conducted in 1986, resulted in a report of the findings to be used as a resource tool for both jail personnel in expanding their knowledge base and correctional (as well as mental health and medical) administrators in creating and/or revising policies and training curricula on suicide prevention. The study identified 696 jail suicides in 2005 and 2006, with 612 deaths occurring in detention facilities and 84 in holding facilities. Demographic data were subsequently analyzed on 464 of these suicides.


Following are some findings regarding characteristics of the suicide victims:

• Forty-three percent were held on a personal and/or violent charge.

• Forty-seven percent had a history of substance abuse.

• Twenty-eight percent had a history of medical problems.

• Thirty-eight percent had a history of mental illness.

• Twenty percent had a history of taking psychotropic medication.

• Thirty-four percent had a history of suicidal behavior.


Following are some findings regarding characteristics of the suicides:

• Deaths were evenly distributed throughout the year; certain seasons and/or holidays did not account for more suicides.

• Twenty percent of the victims were intoxicated at the time of death.

• Ninety-three percent of the victims used hanging as the method.

• Sixty-six percent of the victims used bedding as the instrument.

• Thirty percent of the victims used a bed or bunk as the anchoring device.

• Thirty-one percent of the victims were found dead more than 1 hour after the last observation.

• Cardiopulmonary resuscitation (CPR) was administered in 63 percent of incidents.

• Thirty-eight percent of the victims were held in isolation.

• Eight percent of the victims were on suicide watch at the time of death.

• No-harm contracts were used in 13 percent of cases.


Following are some findings regarding characteristics of the jail facilities:

• Eighty-four percent were administered by county, 13 percent by municipal, 2 percent by private, and less than 2 percent by state or regional agencies.

• Sixty-nine percent of training provided was for 2 hours or less, and only 6 percent was for a duration of 8 hours.

• Ninety-three percent provided a protocol for suicide watch, but less than 2 percent had the option for constant observation; most (87 percent) used 15-minute observation periods.


Twenty years after the survey that was conducted in 1986, this national study of jail suicides found substantial changes in the demographic characteristics of inmates who committed suicide. Some of these changes were stark. For example, suicide victims once characterized as being confined on “minor other” offenses were found in the 2005–06 data to be held on “personal and/or violent” charges. Intoxication was previously viewed as a leading precursor to inmate suicide, yet recent data indicate that it is now found in only a minority of cases.


Whereas more than half of all jail suicide victims were dead within the first 24 hours of confinement according to 1986 data, current data suggest that less than a quarter of all victims commit suicide during this time period, with an equal number of deaths occurring between 2 and 14 days of confinement. In addition, inmates who committed suicide appeared to be far less likely to be housed in isolation than previously reported and, for unknown reasons, were less likely to be found within 15 minutes of the last observation by staff. Finally, more jail facilities that experienced inmate suicides had both written suicide prevention policies and an intake screening process to identify suicide risk than in years past, although the comprehensiveness of programming remains questionable.


In 2006, the suicide rate in detention facilities was 36 deaths per 100,000 inmates, which is approximately 3 times greater than that in the general population (Mumola and Noonan 2008). This rate, however, represents a dramatic decrease in the rate of suicide in detention facilities during the past 20 years. The nearly threefold decrease from a previously reported 107 suicides per 100,000 inmates in 1986 is extraordinary. Absent in-depth scientific inquiry, there may be several explanations for the reduced suicide rate. During the past several years, national studies of jail suicide have given a face to this longstanding and often ignored public health issue in the nation’s jails. Study findings have been widely distributed throughout the country and were eventually incorporated into suicide prevention training curricula.


The increased awareness of inmate suicide is also reflected in national correctional standards that now require comprehensive suicide prevention programming, better training of jail staff, and more indepth inquiry of suicide risk factors during the intake process. Finally, litigation involving jail suicide has persuaded (or forced) jurisdictions and facility administrators to take corrective actions in reducing the opportunity for future deaths. Therefore, based on this dramatic decrease in the rate of suicides, the antiquated mindset that “inmate suicides cannot be prevented” should forever be put to rest. This report offers recommendations in the areas of comprehensive suicide prevention programming, staff training, and future research efforts.


In conclusion, findings from this study create a formidable challenge for both correctional and healthcare officials as well as their respective staff. Although our knowledge base continues to increase, which has seemingly corresponded to a dramatic reduction in the rate of inmate suicide in detention facilities, much work lies ahead. The data indicate that inmate suicide is no longer centralized to the first 24 hours of confinement and can occur at any time during an inmate’s confinement.


As such, because roughly the same number of deaths occurred within the first several hours of custody as occurred during more than a few months of confinement, intake screening for the identification of suicide risk upon entry into a facility should be viewed as time limited. Because inmates can be at risk for suicide at any point during confinement, the biggest challenge for those who work in the corrections system is to view the issue as requiring a continuum of comprehensive suicide prevention services aimed at the collaborative identification, continued assessment, and safe management of inmates at risk for self-harm.
Posted by Margaret Jean Plews at 12:23 PM