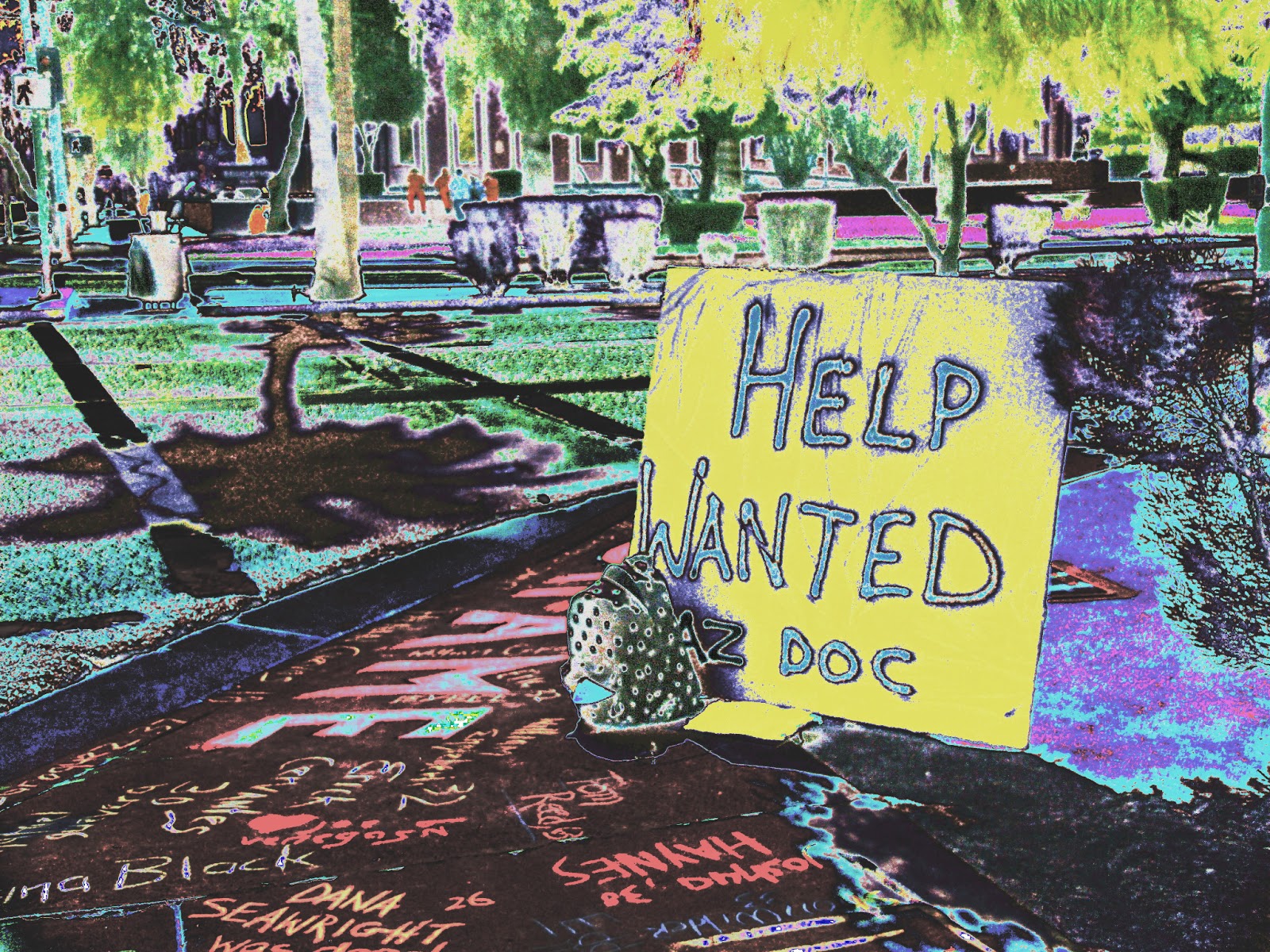 July 2013: protesting wrongful deaths in custody
at the AZ Department of Corrections' Central Office in Phoenix...


I was never impressed with Robert Patton or Lance Hetmer, myself - they were more of  Terry Stewart's and Chuck Ryan's Good Old Boys, and I'm glad to see them go. Shame on Oklahoma for hiring them, though, knowing that the AZ DOC they left was such a disaster thanks in part to their great work.  I think whoever was supposed to vet Patton for the governor just really fell asleep on the job (they should have read my blogs first...). That, or Oklahoma has a compromised idiot for a governor, too, who will stand by her chief disciplinarian despite his profound incompetence as well.

Seems Patton is bringing the best of our world to yours, so stay on them, Tulsa World, or Oklahoma's prison health care will soon be provided (or rather, withheld from the sick and dying at great cost) by Corizon, too.

The former warden will be an assistant to state’s DOC director. 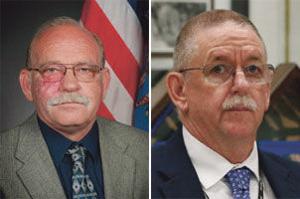 
Oklahoma’s Department of Corrections has hired the former warden of an Arizona prison where a lengthy botched execution occurred last month, records show.


Lance Hetmer has been hired as special assistant to DOC Director Robert Patton, a newly created position. Hetmer was the warden at Arizona’s Florence Prison complex.

On July 23, Joseph Rudolph Wood’s execution at the Florence prison took nearly two hours while the inmate snorted and gasped for breath, witnesses said. Wood was injected 15 times with an experimental combination of drugs, including midazolam, records show.

Midazolam is the same drug Oklahoma used for the first time in its April 29 botched execution of Clayton Lockett. Critics have said the drug does not qualify as a true anesthetic and has now been used in three executions that took substantially longer than typical lethal injections.

One hour into Wood’s execution, his attorney, Dale Baich, sent other attorneys to file an emergency motion asking the Ninth Circuit Court of Appeals to stop it. Wood died before the court took any action.

Hetmer’s name appears in many of the communications included in Arizona’s report on Wood’s execution. Baich confirmed to the Tulsa World that Hetmer was present at the execution.

An Arizona DOC spokesman said Hetmer was warden at Arizona State Prison Complex-Florence and that carrying out the execution was his last significant official duty. He retired on or about July 24, the spokesman said.

Patton was a top administrator in the Arizona Department of Corrections before he began serving as Oklahoma’s DOC director in February. He served as a warden and deputy warden at several Arizona prisons during his career there.

Jerry Massie, an Oklahoma Department of Corrections spokesman, said Hetmer was hired as special assistant to Patton on July 28 at a salary of $95,000. Massie said the job title is a new one for DOC but did not add a position to the agency’s staff.

“They took an existing position and retitled it,” Massie said.

When asked whether Patton was aware of Hetmer’s role in the Arizona execution, Massie said: “Director Patton came from Arizona, so I’m sure he knew what the warden’s role was.” Hetmer was offered the job before Wood’s execution, he said.

Baich said Hetmer read the death warrant to Wood before the execution and asked whether Wood had any last words. Hetmer then walked out of the death chamber and monitored events from a separate room with Arizona Department of Corrections Director Charles Ryan, he said.

“They said 15 different times that the prisoner was sedated, and I don’t know if Hetmer said that or if Ryan said that,” Baich said.

As special assistant to Oklahoma’s director, Hetmer could be involved in policies related to executions, Massie said. Hetmer’s job involves “whatever assignment the director gives him, so I would imagine you couldn’t rule it out.”

Baich said Arizona’s Department of Corrections has refused to tell him which official chose the drug combination used to execute Wood.

An investigation into Lockett’s execution is pending with the Oklahoma Department of Public Safety.
Lockett’s execution took 43 minutes while he strained, mumbled and writhed on the gurney to which he was strapped. The execution was halted shortly before he died, and prison officials closed the blinds, preventing media witnesses from observing what happened.

A federal lawsuit filed earlier this week by the ACLU on behalf of two media outlets seeks to prevent Oklahoma prison officials from filtering any part of executions from official witnesses.

The Lockett execution is not the first time Patton has been questioned regarding execution procedures.

As part of a lawsuit brought by death-row inmates in Arizona’s prison system, Patton acknowledged that a member of the prison’s execution team lacked qualifications related to IV placement. He said in a 2011 deposition that he never checked to determine whether any execution team members had experience placing femoral IVs, a requirement of the Arizona prison system’s protocol.

Patton was division director of operations at the time and was responsible for planning and directing execution-related activities.