This is why Winslow has been on lockdown lately. Why can't you guys see that you're only doing yourselves in when you attack each other this way? All the state has to do is let you kill each other off, then you'll never be a threat to them or the authority of the AB. The enemy, you see, is not the guy you were told to hit - its the one standing on the sidelines laughing at you all.

Here's the news I received of the situation on Kaibab from a prisoner caught in the middle. If anyone else has direct info about what's going down on Kaibab, please contact me: 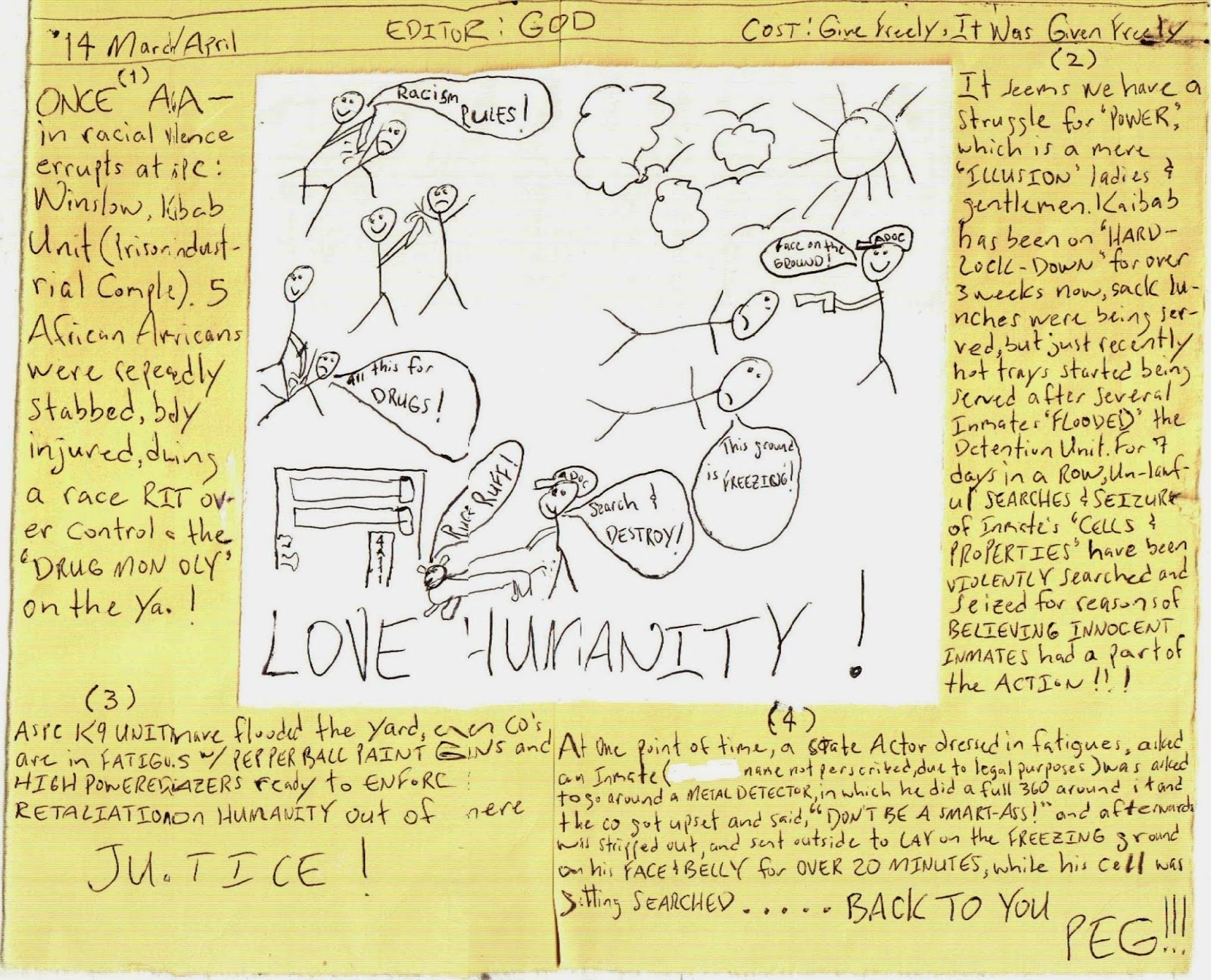 
State prison officials said prisoners are recovering in the hospital after a fight between "several dozen" Black and Hispanic inmates on March 20.

Doug Nick, communication director for the Arizona Department of Corrections, said the fight at the Arizona State Prison Complex- Winslow prison was between Hispanics and Blacks.

"That would be an indicator there were some disputes of (a racial) nature," he said.

Nick said he could not disclose many details because the fight is the subject of a criminal investigation, but that none of the inmates have life threatening injuries.

The fight broke out on prison grounds at some point in the afternoon of March 20, and guards rushed in using several non-lethal measures to suppress the disturbance, Nick said. A unit at the prison was then locked down.

No employees were injured, he said.

It's not clear what if any weapons were used in the fight, he said