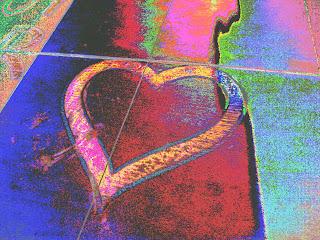 First, as many of you know, I was out of town for most of the holidays and am only now catching up to folks. If you wrote to me and your letter came back undeliverable, I apologize - my PO box is just having problems, so be persistent and try again. If you're waiting to hear back from me on something, write to me again – it will bring your file to the top of the pile, and sometimes letters get lost – just don't think I'm ignoring you for some reason – I don't work that way.

While I was out of town I had a lot of help keeping up with stuff here from a couple of friends, including one who has stayed on to help me on an on-going basis – Margie Diddams. She's pretty cool and I trust her implicitly; if she answers a letter from you to me or AZ Prison Watch, rest assured she probably chatted about it with me first. We do a lot of good strategizing together. She's my more organized half, too, so if you have a really complex situation or a lot of paperwork, you'd better hope she's the one on top of it.

One of the things Margie's helping me work on is confronting the high rate of homophobic and transphobic violence behind bars. As many of you know, my good friend Kini Seawright's son, Dana, was murdered at Lewis in July 2010 by the West Side City Crips for being gay (and for loving a Mexican while Black). Since then, I've received a lot of correspondence from prisoners subjected to violence due to their sexual orientation and/or gender identity. Because there are so many intersecting issues they deal with that affect others, when root causes for violence against minorities are addressed, other societal violence tends to abate as well, so this is in everyone's interet in the long run. Therefore, if you or a loved one behind bars is LGBT (or, as I tend to identify myself, just plain Queer) get in touch with us and become part of a more collective effort to change things in there.

I've also been working to build support in the community for the women of Perryville. The Sun City West Valley NOW (National Organization for Women) Chapter had me speak there in November and is really interested in figuring out how they can help women prisoners with health care and conditions of confinement. Don't pass up this chance - If there are any women in Perryville willing to risk institutional harassment for reaching out to them, please ask the NOW women how prisoners can become members (or start your own chapter) at:

Now, let me just remind you all that I'm no lawyer, nor is Margie. She's still a student (albeit a radical like me), and I'm a college drop-out. I'm a prison abolitionist and human rights activist who happens to blog, which has resulted in quite a bit of contact with state prisoners and their families over the past few years, which compelled me to try to figure out how to help with some of your dilemmas. The best we can do is give you access to things that will empower you to help yourselves. This is our own little way of fighting back against hetero-patriarchy and state violence and all that crap, which is one reason our help comes to prisoners and their families for free. If you have money, though, don't settle for Margie and me – get professional help.

Good intentions alone can sometimes really screw people up, so make sure you access whatever other resources you can if you need help fighting the state- they are pretty formidable.

On to the other news: I'm sure you all know by now that Wexford has bailed on their contract to provide medical care to you all, so Corizon will be taking over beginning March 1. All I can say is that I'll be surprised if it's much of an improvement, so you need to keep arming yourselves with knowledge of civil rights law.

Please be filling out medical grievances per policy (check to see if it changes after March 1, too) if your HNRs aren't being responded to; don't just fill out new HNR's repeating yourselves. The prison library is supposed to give you access to the DOC policy manual, but write to me if they don't cooperate (and send me their note of refusal, so we can nail anyone violating your access to the courts).

Ask your librarian for the DO 902 policy. Look at Attachments A and B. From B, request the packets for filing Section 1983 civil rights complaints, as well as for the rules and forms to file civil actions in state court. You need those documents so you know what they'll be asking you to do later with the grievances you're filing now. It's not enough for the courts to see that you simply wrote grievances – they need to be relevant to the civil suit itself, if you have to go that far to get action from the DOC or medical.

Your grievances show the judge that you had a complaint and made a good faith effort to get the prison administration – all the way up the chain of command - to hear and respond to it BEFORE anyone gets sued. So if you do end up suing after exhausting your administrative remedies, you should still be asking for pretty much the same remedy over the same grievance you started out with in your first inmate letter to your COIII about it. Be clear describing your issue and reasonable in your requests for relief (including disciplinary action against errant officers, compensation for medical care, etc.)

From DO 902 Attachment A, ask your librarian for the Rights of Prisoners, 4th Ed, too – see what they let you see of it, anyway. You may have to pay for them to print up pages for you to keep on you – let me know how they deal with that if you are indigent.

Don't leave it to your family to get action from Central office for you – but if you have family who can raise hell for you, give them my info and I'll help them strategize dealing with the DOC. Just be mindful that no matter what they say or even if they bring an attorney into it for you, you must be filling out those grievances per policy.

On to more news: On January 25, David Fathi from the ACLU-National Prison Project argued in front of US District Court Judge Neil Wake that parsons v. Ryan should be given class status and allowed to proceed as a class action suit. Wake pretty much gave our side a hard time, expressing both annoyance and skepticism, arguing with David about the merits of the case itself (since he already set guidelines about solitary and food rations in recent county jail complaints, for example) instead focusing on the issue at hand...but what do I know about the law? Anyway, he was taking it all under advisement and we're still waiting to hear his decision.

By the way, about that Botulism at Eyman – don't believe everything you hear: the first batch for sure wasn't hooch. The guys say they were coerced into saying it was before they would be provided medical attention, and will be filing suit. If you were affected by the second batch, get a lawyer. Botulism is so incredibly rare that it's like lightning for it to strike twice in the same place...which means there's something fishy going on there.

Please tell me how you manage keep your head up, a smile on your face, or your soul intact through all you must survive in there, my friends. And let me know if yours is a story I can share with others, as well. In the meantime, take care of eachother and yourselves.

Peg
Posted by Margaret Jean Plews at 12:00 AM