The conviction of Tony Lester: A juror's regrets. 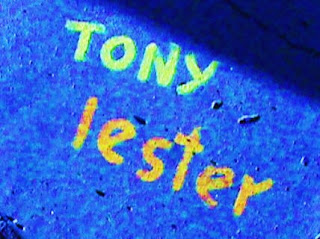 Most readers are already well aware of Tony Lester's story. Tony was sentenced to the Arizona Department of Corrections in 2010 for 12 years on assault charges stemming from a suicide attempt during a psychotic episode the previous year - the friends who tried to stop him from cutting his throat got hurt themselves, grabbing the knife.

In Arizona, people with mental illness are almost ten times more likely to be locked behind bars than admitted to the state hospital when they need help. Not surprisingly, instead of being admitted to a psychiatric hospital that night, Tony was put in jail, then criminally prosecuted. Tony was so ill when this happened that it took nine months to restore him to sufficient competency in the wake of the incident to be tried for it. Soon after he arrived in state prison - receiving no treatment there for his mental illness - Tony killed himself.

This weekend one of the people on his jury posted the comment below to the MSNBC website following the piece Wendy Halloran did at KPNX on his suicide...the comment after it was left by Tony's aunt. This seems to be a call for sentencing reform and more diversion of the mentally ill from the criminal justice system in the first place...

Did officers' inaction, lack of training contribute to inmate's death?

By M. Alex Johnson
msnbc.com
"Investigators' interviews with correctional officers at a state prison in Tucson, Ariz., suggest that the officers' indifference and lack of basic first aid training allowed an inmate to bleed to death after his second suicide attempt.
The recorded interviews were obtained by KPNX-TV, the NBC affiliate in Phoenix, which has spent much of the past year digging into the suicide of Anthony Clayton Lester, 26, in July 2010.

The station reports that Lester, who was serving a 12-year sentence for aggravated assault, had a long history of mentally illness and had tried to kill himself the previous month. But he was taken off his medications and was removed from a suicide watch two days before his death..."


(view the rest of the article and other comments here)

My Grandson sent me this link to view and after I viewed this I felt that I had no other choice than to find the courage to post this comment. I was one of the jurors on this Anthony Lester criminal case. I sat through this entire trial and heard all the testimony, and I found that there was reasonable doubt in this case and that I and another juror voted not guilty on several deliberation votes, it was another juror on this panel that swayed our votes to vote guilty. There were two victims in this case, we came back with a not guilty verdict on the second victim immediately and it took us a few days to come back with the guilty verdict after we were persuaded to vote guilty.

Like I said before after hearing all the testimony in this case there was a reasonable doubt and now knowing that Anthony Lester was sentenced to a twelve year prison sentence has made me sick and I feel as if we had a hand in this too, the only way to vindicate myself from this incredible tragedy is to tell how I feel and perhaps this young man may forgive us for what we did to him. Knowing now that he was his mother's only child has just ripped my heart apart and taken his daughter's father away from her has made me feel completely saddened by this knowing now how extremely ill he really was. I am so ashamed, I hope his mother will forgive us and his daughter will some day know this truth, that if we the jurors would have known that by finding Anthony Lester guilty of this crime than we automatically sentenced him to a minimum seven year prison sentence. We could see that he was ill and we thought that he would get probation and get the help he needed.

I think that jurors should be told what would result if they find someone guilty of a crime that this could have a great bearing on the verdict. I have struggled with this decision that I made for the last two years, wishing that I could change my verdict, wishing that I stuck to my gut instincts instead of being convinced by a fellow juror to change my verdict. This is something that I will live with the rest of my life and I pray that Anthony's mother and family will find in their hearts to forgive me. I know the next time that I sit on a jury that I will not let someone sway my vote so easily.

I thought prison would take care of someone so ill as Anthony Lester, after viewing this story done by channel 12 news this has sickened me even more that is why I felt I needed to post this comment. Thank-you channel 12 for reporting this story maybe now Anthony Lester's story will help make changes in the criminal system, it certainly needs it. May Anthony Lester Forgive Us for what we did to him.
#122 - Sat Dec 31, 2011 1:42 PM EST


Just when you think that this could get much worse, than here comes more to grasp. I am completely and utterly speechless. I read your posted comment yesterday "Anonymous Juror" and I just wanted to wait until I could completely be able to post something that was not out of anger. I do not hold anger or any bitterness towards you for what you thought was the right thing. I could only imagine the inner turmoil that you must have felt and continue to feel knowing by changing your verdect the way that you did changed the course of so many lives, perhaps yours the most. If there is one thing that I have learned from this is to forgive and try to help bring the much needed changes, so that no other mentally-ill person will suffer the way Tony has. I will not judge your actions their is only one judge. And if we all try to live a righteous life than the reward will be phenomenal. I know Tony did come to grips with this at the end of his life. I do thank-you for coming out now to speak the truth, I knew that the system all around has let our Tony down.

I will always feel until the day that I die that Tony NEVER deserved that twelve year prison sentence that was handed down to him. But I feel that by you finally speaking out will now help us finally have Justice for Tony and now there can be many more lives like Tony saved. So I commend you on speaking out, and perhaps if you write to your legislatures this could help change these laws. You need to forgive yourself, I refuse to become angry and bitter. Tony would not have wanted this, it is about change in such a broken system. Peace. Patti Jones
#123 - Sun Jan 1, 2012 2:58 PM EST

Posted by Margaret Jean Plews at 7:16 AM