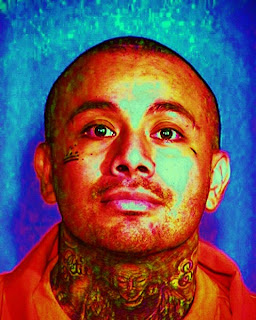 (FOLLOW-UP: PETE CALLEROS did not commit suicide. He was murdered and it was made to look as if he hung himself. The DOC knows this, but did not seek prosecution of the suspects, nor did they tell Pete's mother the truth. She had to find out on her own, by ordering a second autopsy be done, which showed signs of a struggle, confirmed by the DOC's criminal investigation.)


Calleros, serving 22 years for second degree murder for the 2007 slaying of a man found behind a Goodwill store, was pronounced dead at 5:30 p.m. Tuesday. Calleros came to ADC July 14, 2009 and was held at the Cimarron Unit, ASPC-Tucson.


The incident is under investigation by the department.

Posted by Prison Abolitionist at 4:43 PM

This specific blog happens to be about my cousin "Petey'and would like to acquire any information in regards to the conclusion of the current investigation. for my own personal sense of closure if possible. I will be periodically be checking the site for any posts on this tragedy
sincerly,
-Calleros, K

pete calleros did NOT commit suicide,he would never do that to himself REGARDLESS of how much time he had to serve..and he was a happy person all the time no matter what he always had a smile on his face..

Please check my post for Sat 8/15, where I responded to your concerns about Petey. There are probably others who need that information too; another suicide was just announced today. I'm very sorry for what you and your family must be going through. Do take care of yourselves and eachother.

i know for a fact that Pete would of never done that to him self. but we will keep an eye out, and Pete i know u are with me.