Per the ACLU of Arizona: "Every week, on average, a patient who has been neglected or mistreated dies in the Arizona prison system..." 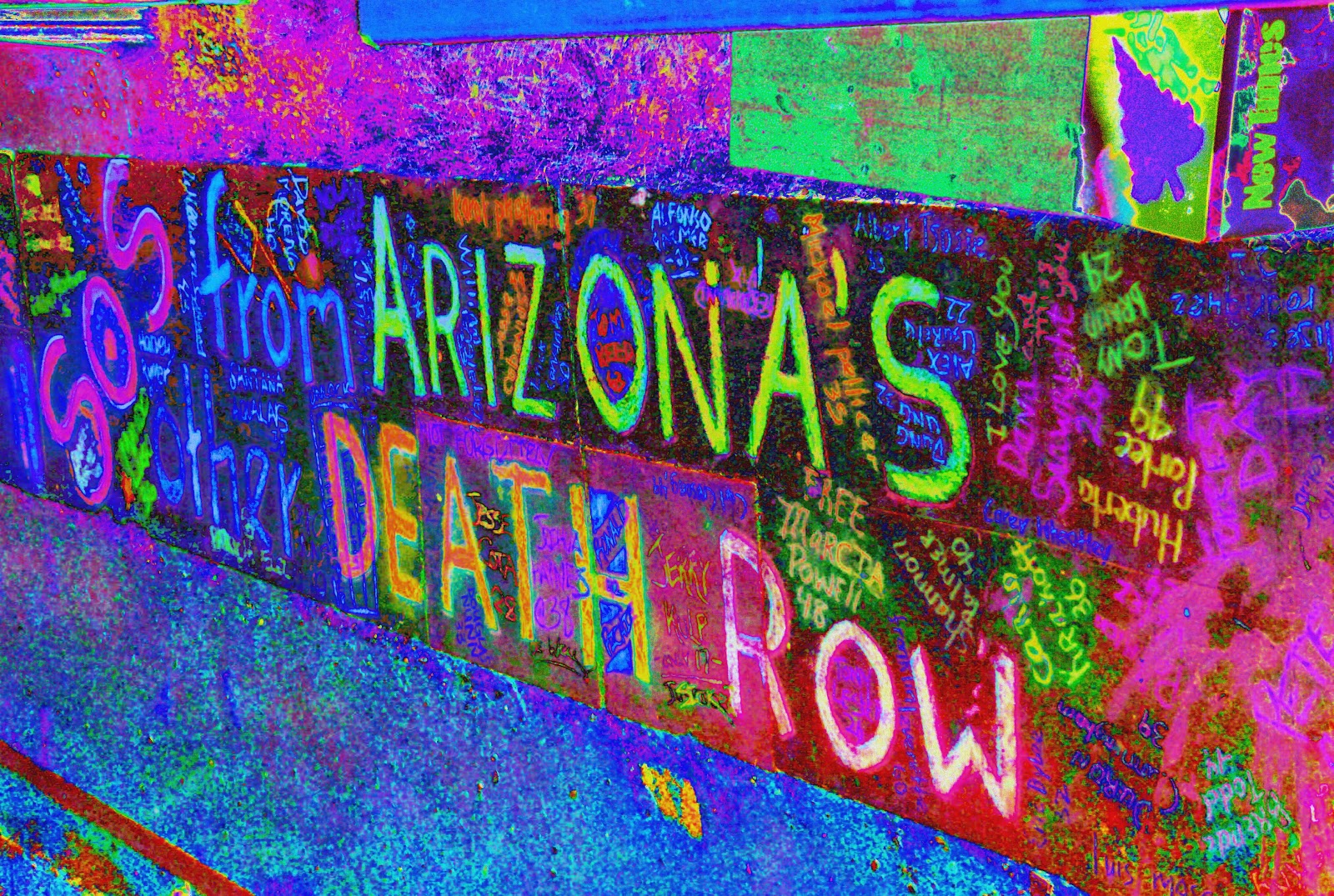 Thank you, ACLU and Prison Law Office, as well as the folks at Perkins Coie and Jones Day, and the AZ Center for Disability Law for fighting Parsons v Ryan.  Thanks as well to Wendy Halloran at KPNX/Channel 12 News, and Bob Ortega at the Arizona Republic for exposing the AZ DOC's and their medical care providers' failings.
I urge all of you who are helping prisoners fight Corizon now for their medical care to read these reports (links are here). There may be something in there your loved ones can use for their own cases - after all, its the pattern of deliberate indifference that makes  the AZ DOC director personally responsible for their suffering, even if he didn't know about them individually or their conditions. 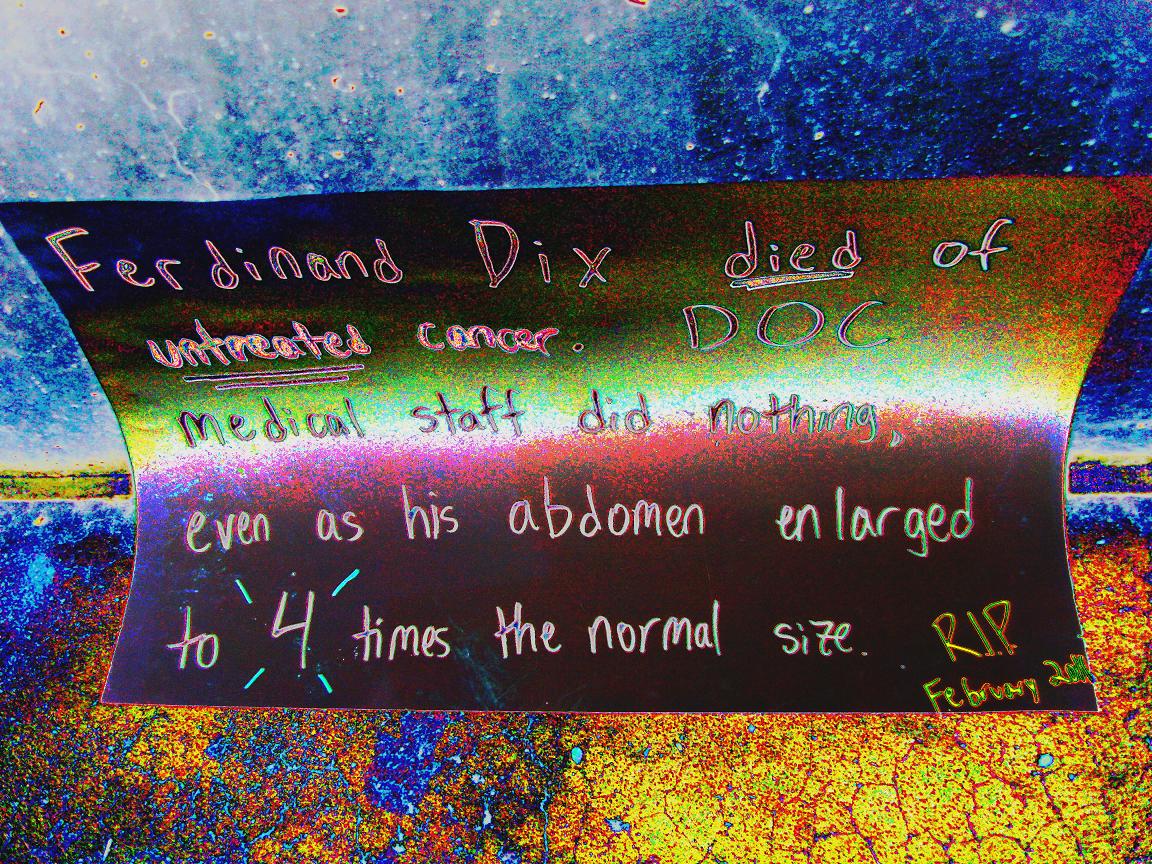 the sad story of ferdinand dix...

Along those lines, prisoners really need to follow the AZ DOC's medical grievance policy (DO 802) to the letter if they are going to get any help, so download and study that policy first, yourselves, and send them a copy. Send them this one as well, DO 1101 on accessing health care services. Then send them this thing, the Jailhouse Lawyers Handbook from the National Lawyers' Guild. It'll tell them why they need to file grievances and what to do when they don't get the answers they need.

If you need more info on strategies for fighting DOC and Corizon, check out this newsletter and these blog posts: 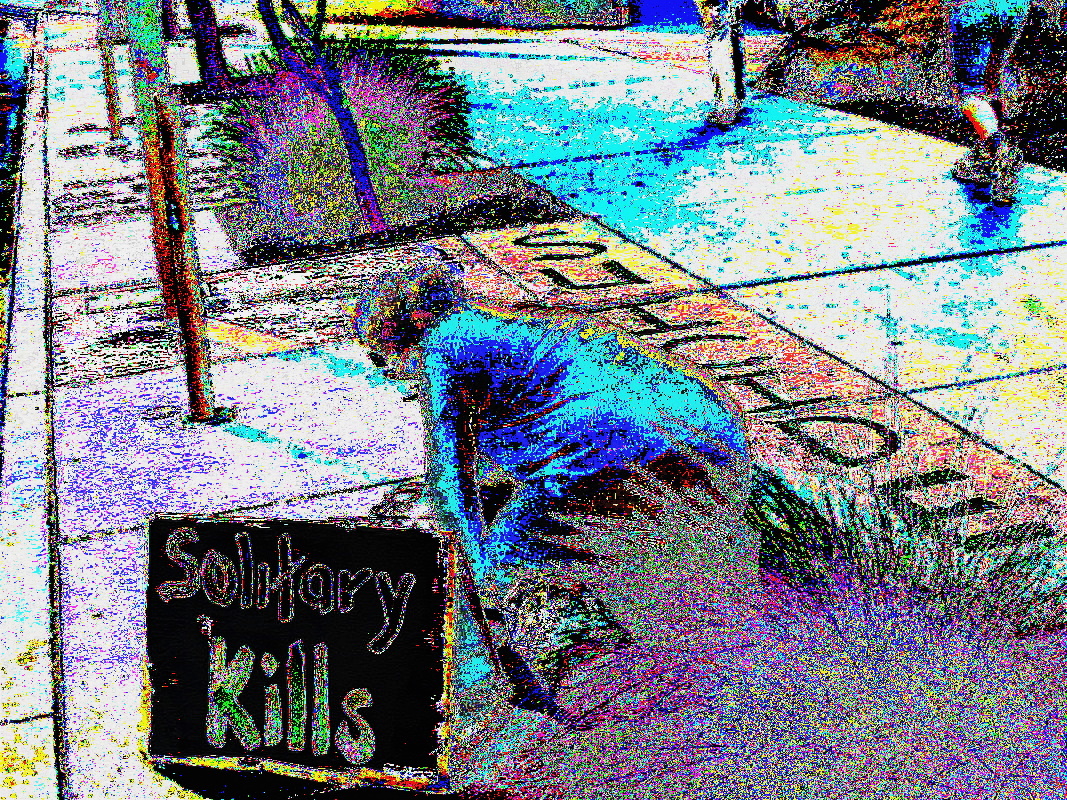 a loving sister remembering Nelson Douglas Johnson, one of many AZ DOC prisoners
who committed suicide in solitary confinement under Jan Brewer's administration... 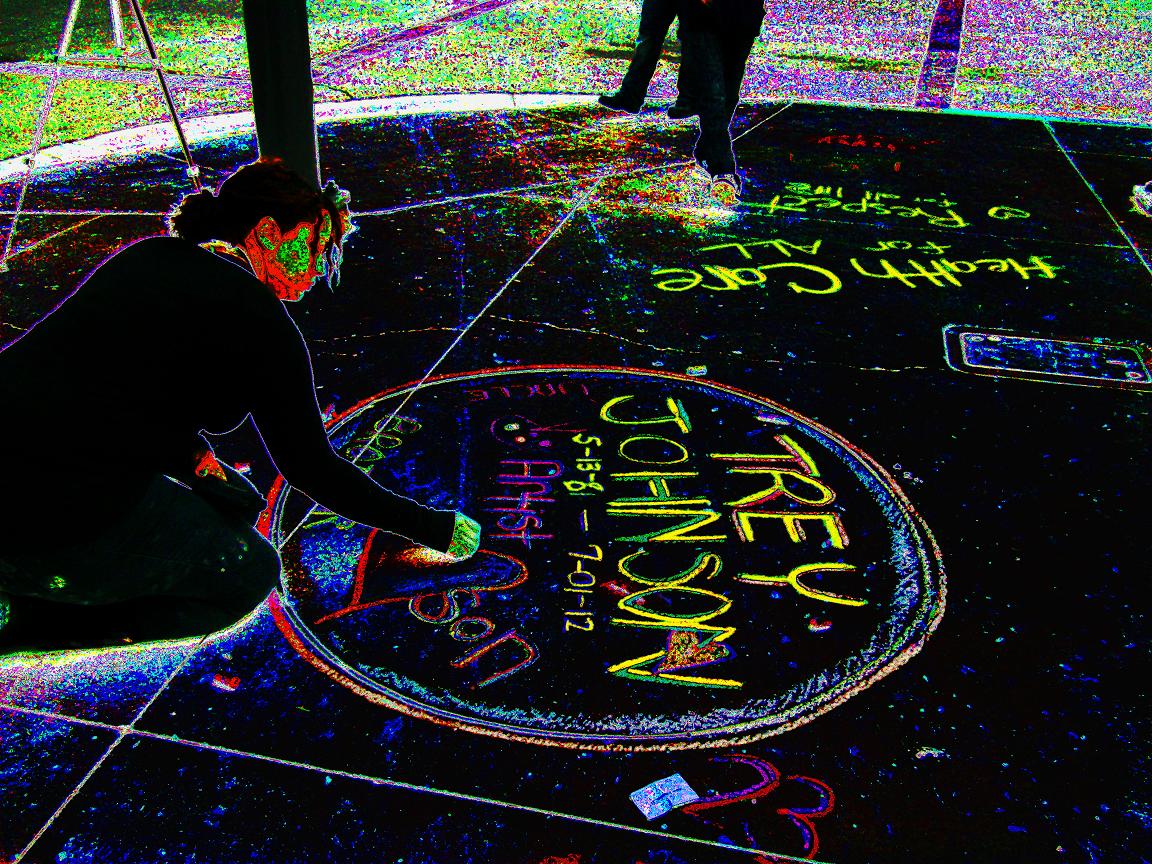 Here's also a list of civil suit attorneys that I know have sued the AZ DOC before, as well as a few other resources. Now, that's not an endorsement of anyone in particular - check them out yourselves. Just make sure you get someone who understands prison law - it's really not like any other civil litigation.

The class action suit is scheduled to go to trial on October 21, 2014 in US District Court in Phoenix, so plan to be with us that week, at least!!!

PHOENIX – Nearly two dozen expert reports that detail widespread problems with the Arizona Department of Corrections’ healthcare system, as well as its use of solitary confinement, were made public late Monday.

“I observed locked, dark and empty rooms that I was told were exam rooms, but lacked basic medical equipment,” wrote Dr. Robert Cohen, an expert in correctional medicine, in one of his reports (11/8/13 report, page 5). “Medical equipment was broken, covered in dust, and in some cases based on logs attached to them, had not been repaired or checked in more than a decade.”

Dr. Cohen found that almost half of people who died “natural deaths” while in ADC’s care over a six-month period received “grossly deficient” medical care (2/24/14 report, pages 1-2). Every week, on average, a patient who has been neglected or mistreated dies in the Arizona prison system, according to these expert reports.

“In some of these cases, the poor care clearly caused or hastened their death,” Dr. Cohen wrote (2/24/14 report, page 1-2). “It is alarming that almost half of the natural deaths occurring during the brief half year period under review would reveal such significant problems with delivery of basic medical services.”

Dr. Cohen uncovered shocking delays in treatment including the case of a 38-year-old prisoner whose death from cancer was avoidable according to ADC’s own documents (2/24/14 report, pages 19-25). Another prisoner died of untreated lung cancer after being accused by nurses of lying about his medical condition; they said in his medical records that he was “playing games” and “seeking attention” (2/24/14 report, pages 25-32). A 24-year-old man died of AIDS-related pneumonia after his AIDS went undiagnosed and untreated for a year, despite his pleas for HIV tests and treatment, Dr. Cohen found (2/24/14 report, page 52).

These are not isolated cases. Dr. Cohen’s findings, and the findings of the plaintiffs’ other experts, point to systemic deficiencies in ADC’s healthcare.

“[T]here were multiple cases in which the lapses were so shocking and dangerous that I felt ethically obligated as a medical professional to bring them to the immediate attention of the ADC and Corizon staff,” Dr. Cohen said (11/8/13 report, page 4). Corizon is the company contracted by the state to provide healthcare to prisoners.

The other experts made equally damning discoveries. The 23 expert reports, which were previously confidential, were made public yesterday pursuant to a court order in anticipation of an October trial relating to ADC’s failure to provide more than 33,000 prisoners in 10 prisons healthcare and conditions of confinement that meet constitutional standards.

“[T]he chronic shortage of mental health staff, delays in providing or outright failure to provide mental health treatment, the gross inadequacies in the provision of psychiatric medications, and the other deficiencies identified in this report are statewide systemic problems, and prisoners who need mental health care have already experienced, and will experience, a serious risk of injury to their health if these problems are not addressed,” wrote Dr. Pablo Stewart, another expert hired by plaintiffs’ counsel to tour ADC’s prisons and review prisoners’ medical records, in one of his reports (11/8/13 report, page 10).

“[T]he ADC health care delivery system is fundamentally broken and is among the worst prison health care systems I have encountered,” Dr. Cohen wrote (11/8/13 report, page 3). “[U]nless ADC dramatically reverses its course, it will continue to operate in a way that harms patients by denying them necessary care for serious medical conditions.”

A trial is scheduled to begin Oct. 21. More expert reports will be made public prior to the trial. 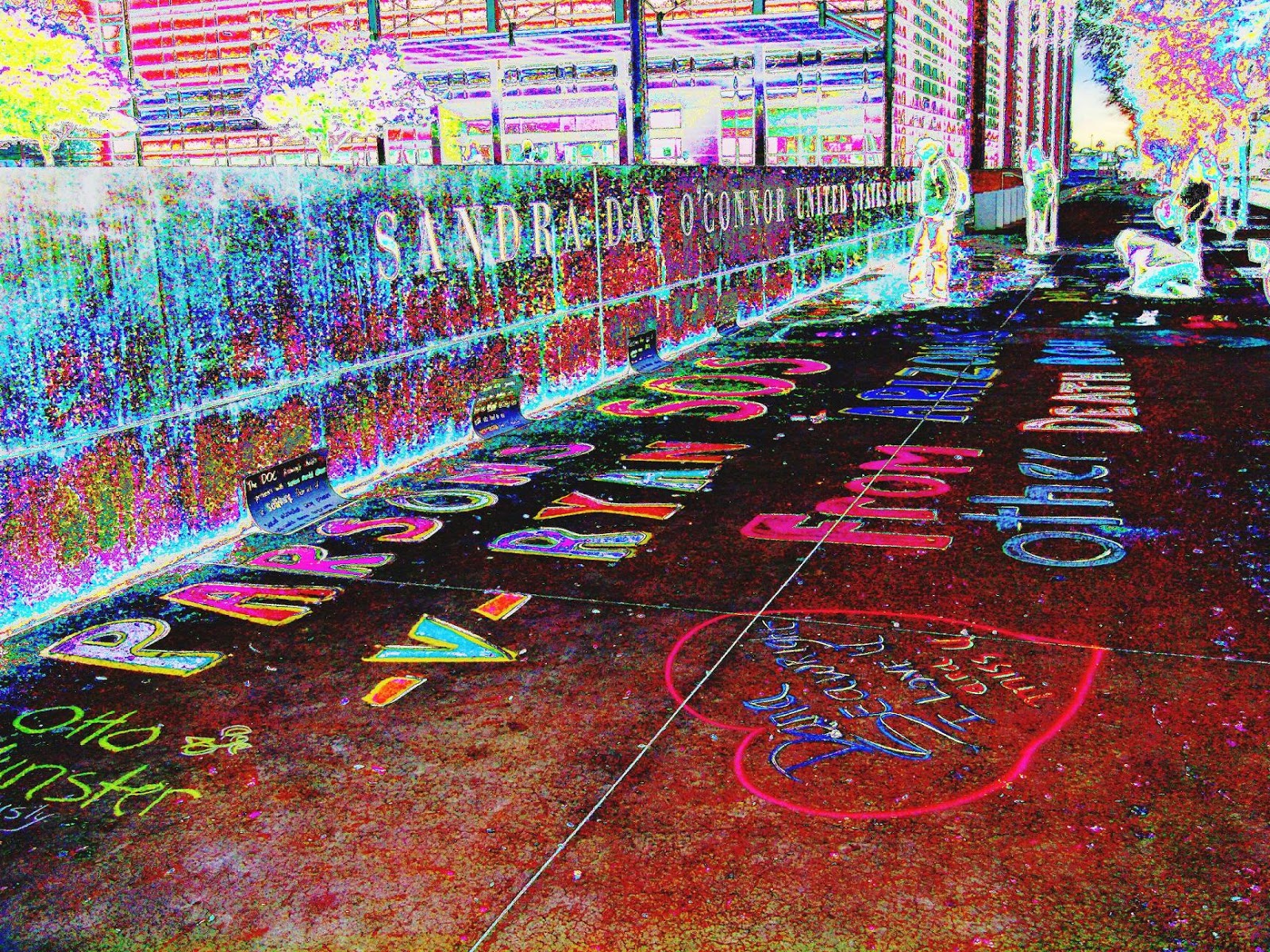 The complete reports now available can be found here. Reporters can email the ACLU of Arizona to request report summaries.
Posted by Margaret Jean Plews at 2:31 AM