This guy must be buddies with Arizona DOC's director Chuck Ryan: neither of them give a damn about the horrendous neglect of their seriously ill and disabled prisoners by Corizon. Guess this guy is getting sued, too.

Fortunately, Alabama prisoners and their supporters are organized. Here's a good model for folks in AZ to look at. If you love a prisoner, don't wait for me to organize something like this - chat with others at visitation, join prison talk, organize, and put up a blog too. I'm not going to be around here forever, after all... 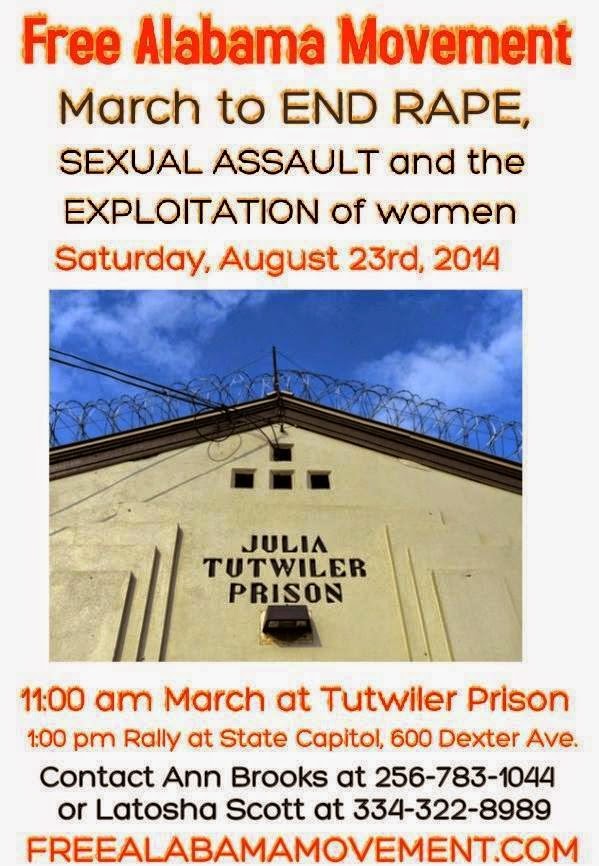 One of those lawsuits is pending in federal court in Montgomery, where the Southern Poverty Law Center accuses the company of failing to provide adequate health care to prisoners with disabilities.

The company's performance has been an issue in suits filed in Arizona and New York.

Thomas, who appeared at the annual convention of the Alabama Association of County Commissions on Wednesday, said in an interview that lawsuits are common in corrections. He said Corizon's competitors also have been sued.

"This is a litigious business, whether it's on the inmate side or the health care side," he said.

Thomas noted that in the Arizona case, Corizon took over the prison health contract for another company, Wexford, shortly before the lawsuit was filed in March 2013.

"The idea that Corizon is the bad guy in Arizona is just disregarding the facts," he said.

Corizon was the sole bidder to provide health care to Alabama's inmates after other companies dropped out of the competition. It signed a 34-month, $224 million contract with Alabama prison system in 2012.

Thomas said the company has done a good job under difficult circumstances. He said prisoners are a difficult population to treat, for a variety of reasons.

"It's the same standard of care in the prison as in the community," he said. "Inmates are the only subset of our society that have a constitutional right to health care."

Posted by Margaret Jean Plews at 8:37 AM