for a refresher on what happened during the Phoenix Police raid on the PUENTE Hunger Striker encampment last month, see:

Below is an excerpt from a press release about the following letter: the SGT Mark Schweikert they refer to supervises the Phoenix Police Department's "protest police" unit, AKA The Red Squad (see this link for more on them).  The reality is that under their cheery "community liason" veneers, their real job is not to protect protesters from traffic or counter-protesters, as they suggest. Their mission is to assure that progressive social movements in the valley don't ever meaningfully disrupt "business as usual"; that's how they "keep the peace" in the community.

Schweikert and the Red Squad were also behind the repeated arrests of Occupy Phoenix protesters and demolition of our encampments, and divisiveness being spread between groups of activists by maliciously identifying anarchists at one protest as "troublemakers" to the event organizers. Community organizations who think they need the Red Squad's protection and guidance in order to have a "safe protest experience" would be well advised not to trust them, lest they simply become tools in the PHX PD's efforts to protect the status quo.

Sorry this isn't the best copy of this letter:


...Activists arrested at the Not1More Hunger Strike in front of the Phoenix ICE Field Office on February 28 are facing a judge today.  Protestors were supporting hunger strikers with loved ones in detention and facing deportation, when at least 40 Phoenix police officers raided the camp, violently retaliating against a peaceful demonstration for human rights.  This police raid happened at the same time that Jaime Valdez, who was hunger striking from inside Eloy Detention Center, was deported as punishment for fighting back against his deportation.

In addition to requesting that their charges be dropped, those arrested highlight the continual violations of trust between the migrant community and local law enforcement.  A recent study showed that 50% of Latinos in Maricopa County are less likely to report being a crime victim and that 43% feel less safe because of police-ICE collaboration.  To combat this mistrust, the demonstrators are demanding a meeting with Chief of Police Daniel Garcia, the immediate firing of Community Police Liason Mark Schweikert who led the aggressive police raid against protestors after assuring them they would not be evicted that night, and an end to local police-ICE collaboration.... 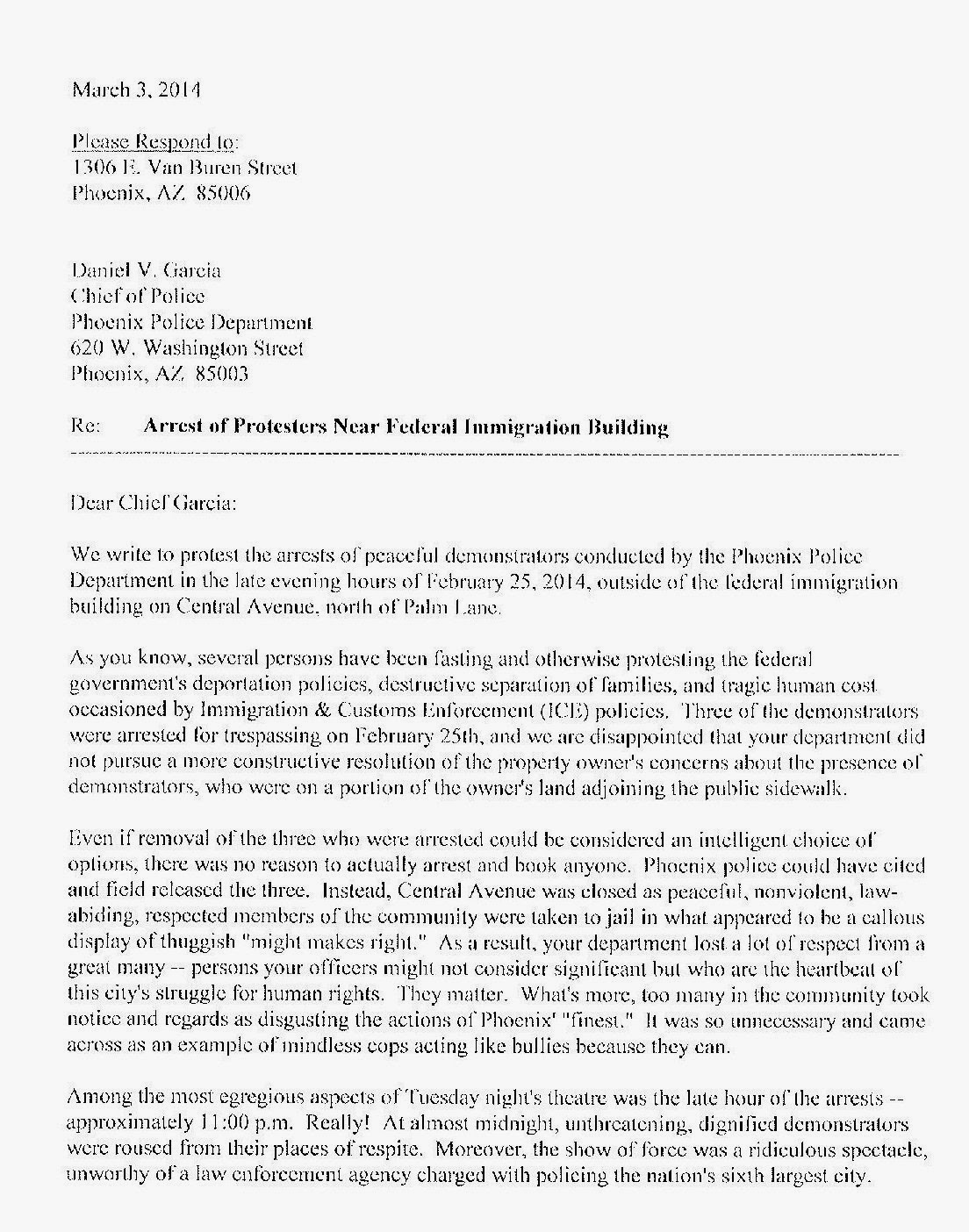 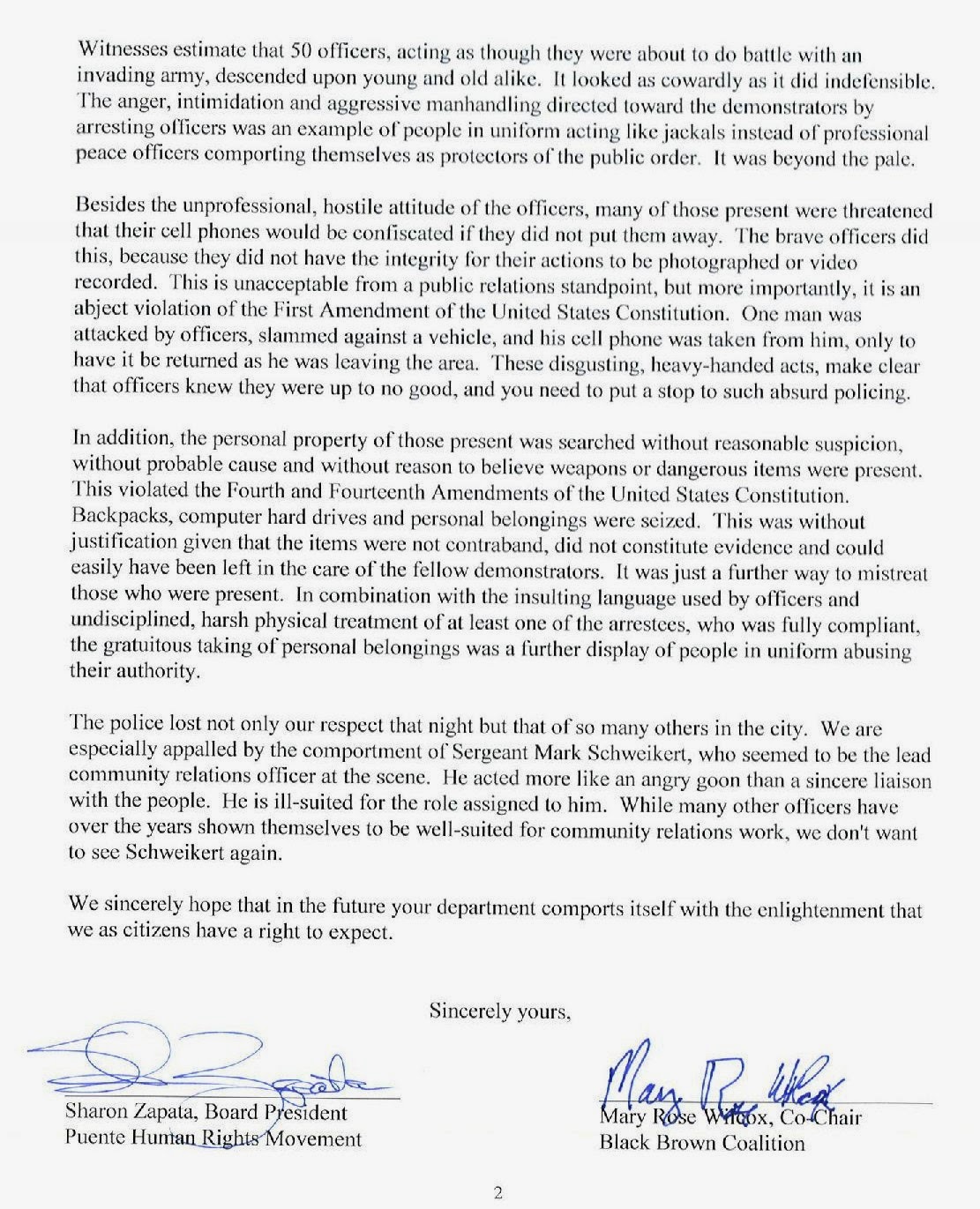 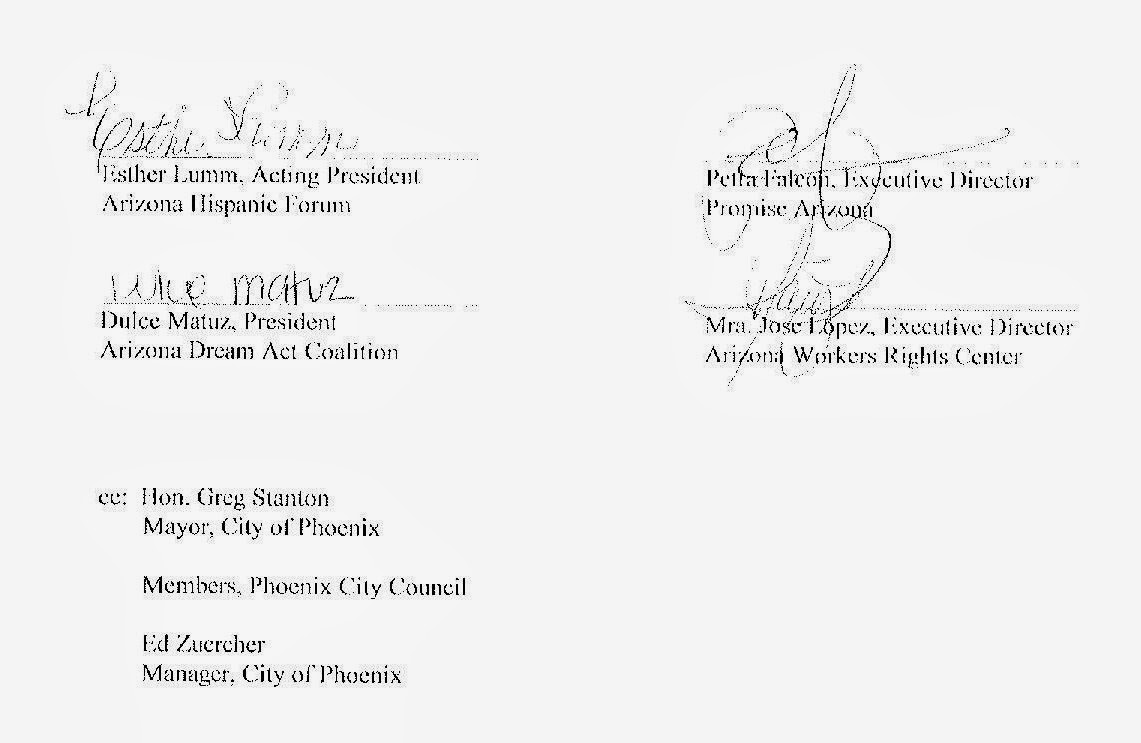