Hooray for the ACLU-AZ!!! I'm thrilled every time criminal statutes for crimes of poverty are struck down, of course - especially things like this. I, personally, am much more irritated when wealthy politicians solicit me on my personal cell phone than when some guy bums a few quarters off of me at the freeway exit.

I've panhandled before, myself, when things were pretty tough - it's a demoralizing way to make what amounts to less than minimum wage, if you're lucky. I don't know why we have to be so hard on each other when we're down in this country... 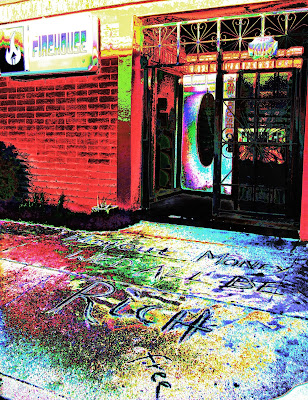 Federal judge declares peaceful panhandling is protected speech
FLAGSTAFF – An Arizona law that made it a crime to panhandle peacefully in public places was declared unconstitutional today, as was Flagstaff’s practice of arresting, jailing and prosecuting people who asked passersby for money or food.

Today’s ruling abolishes a law used by police and prosecutors throughout Arizona to harass and arrest people for exercising their fundamental right of expression.

The American Civil Liberties Union of Arizona and Flagstaff-based attorney Mik Jordahl filed the suit on behalf of an elderly Hopi woman who was arrested in Flagstaff for begging.

In a judgment entered by U.S. District Court Judge Neil V. Wake, the anti-begging provision—A.R.S. 13-2905(a)(3)—was deemed unconstitutional on its face because it violated free speech rights granted by both the U.S. and state constitutions.

“Prosecutors and police across the state will no longer be able to use this anti-begging law to criminalize protected expression,” said ACLU of Arizona Legal Director Dan Pochoda.

“Flagstaff officials ignored the fact that constitutional protections for speech do not depend on public approval of the views expressed,” Pochoda said. “Flagstaff will no longer be allowed to elevate the interests of local business owners above the rights of persons seeking a dollar for food.”

In addition, the judgment permanently prohibits any law or ordinance from being used by the City of Flagstaff for the purpose of “interfering with, targeting, citing, arresting, or prosecuting any person on the basis of their act(s) of peaceful begging in public areas.”

On Feb. 22, 2013, a Flagstaff police officer wearing plain clothes arrested Marlene Baldwin after she asked him if he could spare $1.25 for bus fare. Baldwin, who is in her late-70s, less than five feet tall, disabled and losing her eyesight, was jailed. It was the second time Baldwin was arrested for begging.

“I'm glad I won't be taken to jail just for speaking to people,” Baldwin said. “I was arrested by Flagstaff police and prosecuted just for asking for food when I was hungry.”

In addition to Baldwin, the ACLU also represented Robert George and Andrew R. Wilkenson, panhandlers who became afraid to exercise their right to peacefully solicit because they were threatened with arrest. The ACLU’s fourth plaintiff was Food Not Bombs, a volunteer-run organization that regularly feeds the homeless in Flagstaff city parks.  Several of its members were arrested for requesting donations from passersby.

“Many of the people arrested under the begging law simply needed a little assistance—not a jail cell,” said Jordahl, who served as co-counsel with the ACLU. “Law enforcement must stand up for the constitutional rights of peaceful beggars and not just respond to complaints from powerful downtown business interests who would take those rights away and sweep homelessness and poverty out of sight."

In 2008, the City of Flagstaff adopted a policy in cooperation with local businesses—called “Operation 40”—to remove panhandlers from downtown areas by jailing them early in the day. Flagstaff utilized the now-void statute, which equated panhandling with loitering, to justify the arrests. Between June 2012 and May 2013, 135 arrests were made by the Flagstaff Police Department under the law.

Kelly Flood, ACLU of Arizona senior staff attorney, and Robert S. Malone, an attorney in private practice in Flagstaff, assisted with this case.

Read the complaint in the case.
Posted by Margaret Jean Plews at 2:32 PM