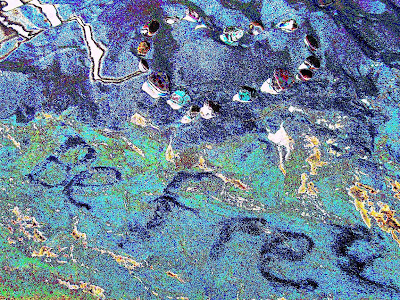 
This story below was just recently published at the Big Round Table, a worthy site for new works. "Burn" goes up here in partial tribute to those 19 Hot Shot Crew members lost by Prescott in the Yarnell Hill fire not long ago - as well as all the brothers and sisters who risk their lives fighting fires and disaster still, wading through the violence and grief of some of the worst moments of our lives. Wherever you lay your head at night, and whatever color you wear under your suit, thank you and blessings to you all. You should all be honored for your service. Here is the only remembrance the DOC has on their website...

What follows is just a few excerpts of BURN - hit the Big Roundtable for the whole thing. This blogger here also has some interesting remarks about the writing of the story, from the author herself.

Thanks for remembering these deaths in custody, Jaime, and for helping their survivors tell their stories...

By Jaime Joyce
Posted by Margaret Jean Plews at 12:37 PM