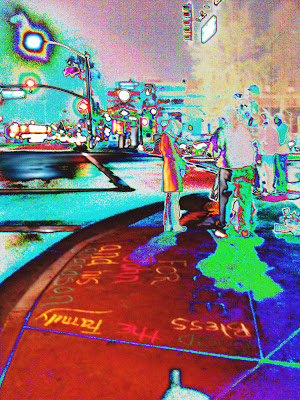 valley anarchists, phoenix occupiers, and other everyday people
gather in Scottsdale  on February 17, 2012 to protest the murder of John Loxas.

James Peters should have been prosecuted for 2nd degree murder. Instead he was retired on a fat disability pension that citizens will have to pay for now, and other cops get the green light to do just as he did, once again.


Not that I would want to begrudge a noble policeman from his disability pension when he gets hurt on the job like that. It's so stressful, killing people...I wonder if it bothers Peters at all. I know better men than him spending the rest of their lives in prison who never even tried to take another life; that cop took six before he got to pass go and collect all that dough for his jobs well-done.

Most disturbing about this article below is the part that states John's murder was "justified", according to the Scottsdale PD. They also thought what their cops did to David Hulstedt was justified - the Scottsdale PD and the Maricopa County Attorney's Office arguably emboldened Officer Peters to execute John Loxas as he did by prosecuting David for his mental illness instead of prosecuting his attackers in blue. Perhaps if cops were held accountable for their actions more often John Loxas would be alive...and Danny Rodriguez, and Marty Atencio and Alex Wilson...and oh, so many more.

In any case, I hope John's family gets some measure of relief from getting this settlement behind them, and that David Hulstedt and his family are taken care of, as well, for all the hell they've been through. Thank you, ACLU-AZ, for stepping into these kinds of fights. 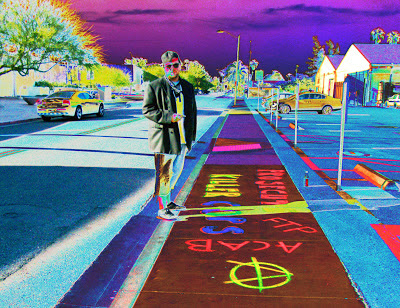 Another case involving retired officer who fatally shot 6 is ongoing


A $4.25 million tentative settlement has been reached in a federal lawsuit over the fatal shooting of an unarmed man by Scottsdale police last year.

In September, the American Civil Liberties Union of Arizona sued the city on behalf of the relatives of 50-year-old John Loxas, who had his grandson in his arms and was turning back toward his house when Scottsdale SWAT Officer James Peters shot him during a police standoff in February 2012.

The lawsuit alleged that Scottsdale fails to adequately investigate police shootings and promotes use of force because of a “tolerant environment.”

Loxas was the sixth person Peters had fatally shot in the line of duty since 2002, according to records.
“We think it ($4.25 million) is of an amount that will be a deterrent and cause the city of Scottsdale to look at the way that police shootings have been handled,” Dan Pochoda, ACLU of Arizona’s legal director, said Tuesday.

The proposed settlement “is clearly in the best interest of our client ... and I believe it makes sense for the city of Scottsdale,” Pochoda said.

Scottsdale Mayor Jim Lane on Tuesday said the tentative agreement is “the result of discussions between the legal staff and the ACLU. It was brought to us as a settlement of the issue by the legal department as their best (solution)” to the lawsuit.

The Scottsdale Police Department found the shootings — including Loxas’ — justified after several boards reviewed the cases. Peters retired from the department on disability several months after Loxas’ shooting.
Loxas’ family originally sought $7.5 million from the city, according to Scottsdale City Council documents.
The council was scheduled to consider the proposal at a meeting Tuesday.

The Maricopa County Superior Court Probate Division also must sign off on the agreement, according to City Council documents.

Both sides saw the wisdom of settling before the case went into a full trial, Pochoda said.

Scottsdale is self-insured in the matter for up to $2 million. The settlement funding would come from the risk management operating budget and the city’s insurance carrier, according to the documents.

The city carries umbrella insurance in such cases, Lane said.

As of November, the City Council had authorized $1.7 million in legal fees for the Loxas case and for the case of David Hulstedt.

Hulstedt became a paraplegic after two Scottsdale officers shot him in the back in 2008 as he was walking toward his house carrying his 2-year-old daughter, according to court records.

Hulstedt was seeking $40 million in damages. The case is ongoing, Lane said. 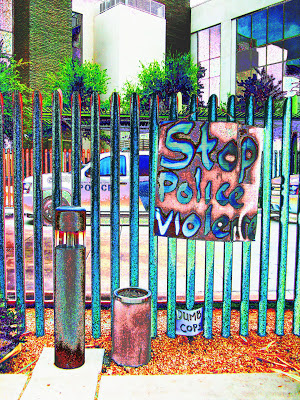 Immigration and Customs Enformement Agency, Phoenix (2012)
Posted by Margaret Jean Plews at 12:03 AM