Ironically, in the same session in which they took this $50 million from people victimized by forclosures, the legislature decided to invest $50 million in the building of a new Supermax prison in Buckeye. Perhaps the Legs figure that at least these families and their children can inhabit it if they are unable to recover from the recession. Some "re-investment in the community," eh? I don't recall Tom Horne being among those of us who protested that new prison down at the legislature... 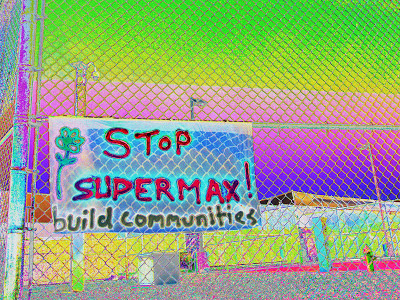 Thousands of Arizona families have lost their homes in illegal foreclosures.

Illegal foreclosures are based on forged or phony documents manufactured to push people out of their homes.

Banks and processing companies agreed to pay billions of dollars in settlements to the states.

While they did not admit any wrongdoing, they pledged to stop using forged documents to foreclose.

The ABC15 Investigators found more than a year after that settlement, little has changed.

Victims of illegal foreclosures in Arizona have yet to be compensated—not a dime has been paid out.

And some say the use of forged documents in foreclosures continues here in our state.

THE ANATOMY OF AN ILLEGAL FORECLOSURE

With the collapse of the housing market, many homeowners asked their lenders to modify their mortgages.

Homeowners were told they could get a modification, but only if they stopped paying their mortgages for three months and fell into default.

When homeowners followed that advice—instead of a modification, the banks foreclosed.

Many Arizona homeowners who challenged the foreclosures in court discovered they were done with fraudulent documents.

IS HELP FOR VICTIMS OF ILLEGAL FORECLOSURES ON THE WAY?

On February 9, 2012, Attorney General Tom Horne held a news conference boasting that Arizona was part of a $25 billion national settlement with five of the nation’s largest banks.

Horne said, “The fact that many people who lost their homes who didn’t deserve to is a terrible tragedy.”

At the time Horne announced they had put a stop to the robo-signing and forgery of foreclosure documents.

And the Attorney General announced Arizona’s share of the settlement would be $110 million.

Horne said that money would be used to compensate the victims.

But more than a year later, the ABC15 Investigators have found Arizona victims are still waiting for help.

Attorneys Dan McCauley and Beth Findsen are two of a small handful of lawyers who go to court to fight for the victims of illegal foreclosure.

Dan McCauley said, “I’ve seen nothing go to the victims, nothing from the state of Arizona at all.”

Beth Findsen told us, “I have yet to see one dollar awarded to a homeowner."

McCauley said, “It’s not just the financial rape of the middle class. It’s a crime."

Findsen said, “The banks are getting away with murder.”

Both attorneys say they are still seeing foreclosure cases based on bogus documents.

Chances are you know somebody like the victims ABC15 spoke to.

Mike Brosnahan is a husband and father of two.

He is fighting to stay in the home he built in Sedona.

He has fought all the way up to the Arizona Supreme Court.

Brosnahan told ABC15 Investigators, “All they’re doing is breaking up the American dream and leaving it in shambles.”

The veteran and his wife have been fighting for their home for three years while raising a teenage son.

Rocky said, “I think it demoralizes him.”

His wife Brenda said, “It consumes your waking life.”

Both the Coronados and the Brosnahans insist they are not deadbeats and are not seeking a free house--they just want a fair deal.

They say they paid their mortgages until they were told to stop so they could get a modification.

And now their lawyers say their banks are using fraudulent  documents to foreclose and take their homes.

These families are like countless other Arizona victims still waiting for help.

That’s because our state is far behind other states when it comes to distributing those millions of dollars in settlement funds meant for the victims of foreclosure fraud.

Horne said, “There was a year lost because of the legislature saying we have to appropriate the money.”

Horne said he had to wait until they gave him permission to use the settlement funds.

He insisted he’s working hard to get the victims help as soon as possible, but he does not have a timetable yet.

Horne also admitted it’s too late for victims who have already lost their homes.

Nobody who has already been foreclosed on and evicted is going to get their house back.

And who gets help may depend on how much money is left because last year the legislature swept $50 million of the $110 million settlement into the state budget—a budget that already had $400 million in reserves.

Horne told ABC15 he fought against the sweep but in the end he had to abide by what the legislature decided.

He points out they could have taken the entire amount of the settlement.

Horne also said he plans to spend another $30 million of the settlement on outreach and marketing.

He said he is also setting aside $4 million to provide legal assistance to homeowners fighting foreclosure.

The victims of illegal foreclosures we spoke to say every penny of the $110 million settlement should have been used to compensate them.

Rocky Coronado said, “It just blows my mind that they could have the nerve to take that money that should have gone to homeowners like us."
Posted by Margaret Jean Plews at 9:10 AM